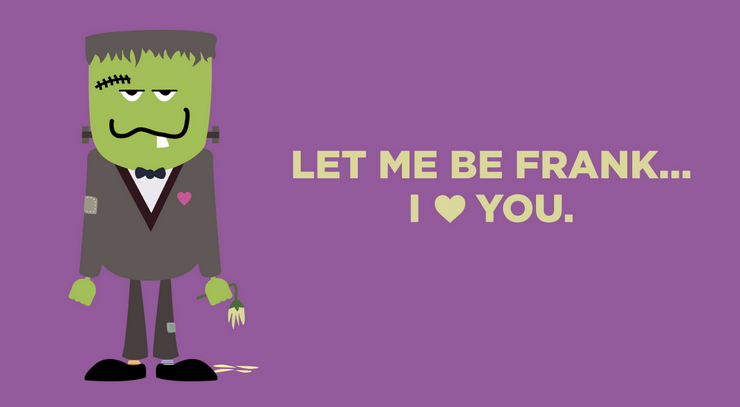 Surely you didn’t think brands would take a pass on Halloween as an opportunity to role out scary tweets.

While some focus on the spirit of the festival, others don’t get tired of shameless product placement that makes us squirm. Here are the good, bad and the downright terrifying ones from this Halloween:

Well they did say trick or treat! Happy #Halloween! https://t.co/RCWwAcJaqM

Anything on Vine seems to work well these days, and it seems that Dunkin’ Donuts is on cue, with this cute trick-or-treat short story starring donuts.

Even the clouds are in costume. Happy Halloween. pic.twitter.com/MEJrNGlJw0 — Delta (@Delta) October 31, 2014

Getting creative and focusing on the holiday, rather than coming out with a promotion? Classy.

Another Vine video, this one shows a Frankenstein-like experiment on a shoe instead, while creepy music plays in the backdrop. Fun.

Starting to involve them while they’re still young. This is too cute!

Tag someone to wish them a Happy Halloween! pic.twitter.com/V6kabvPcnV — Kohl’s (@Kohls) October 31, 2014

Because who wouldn’t love an animated Frankenstein to share with a loved one?

A Day with No Skittles #ScaryStoriesIn5Words — Skittles (@Skittles) October 31, 2014

The perfect post for Twitter. And probably very true. Maybe that’s why it’s caught on so well, with even another brand, Chips Ahoy jumping in.

The last-minutest of all last-minute costumes: https://t.co/mNgOz5ymFz#Spookermarket — Tesco (@Tesco) October 31, 2014

While we appreciate this U.K. brand trying to keep up with an all-American festival, that last-minute costume idea is disastrous.

Like we need a reason to rock a Vamp Lip. Happy Halloween! pic.twitter.com/Vug0Db6tBG — Revlon (@revlon) October 31, 2014

We appreciate you trying to break conventions here Revlon, but try not promoting your product so obviously next time.

Try a dash of originality and not stating the obvious next time, Century 21.

Been following our #SpookyBreakTimeTips? Here’s no 4. Put it all together to create a seriously spi https://t.co/3VDOIbQFOC

We know it’s the day for candy and spooky tips are alright, but must you put a Kit Kat in there EVERYWHERE?

Thanks for recycling an age-old superstition and stating the very obvious. No brownie points for you.

There is probably a sea of a difference between Japanese and American humor, because this makes no sense.

Still need to stock up on tricks & treats? Snatch up these #Cartwheel deals before they mysteriously… disappear. https://t.co/v9m9NaBcyG — Target (@Target) October 31, 2014

There’s more to life than just deals, Target. Get with it.