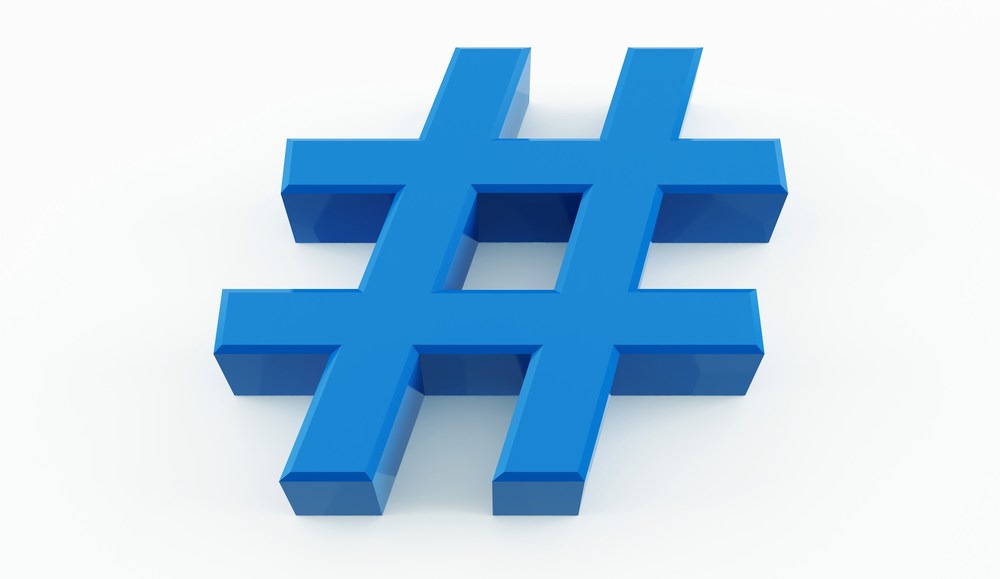 Budweiser has spent untold millions on rolling out its Black Crown line. That includes two 30-second Super Bowl spots. One thing it failed to do: get the hashtag right. Outdoor placement urged consumers to use “#taste is,” but, alas, hashtags can’t have spaces.

We are now entering the hashtag era, as evidenced by the half of Super Bowl ads that carried them. The bet by marketers is that these will allow them to get people talking on platforms they are already on, which is not as big of a request as going to a dedicated microsite. And there’s some evidence that works: brand-related hashtags were mentioned 300,000 times on Super Bowl Sunday, an increase of 273 percent from last year.

“Hashtags are all about shared conversation, so as a brand, you need to put conversation at the heart of any hashtag strategy,” said Jon Lombardo, head of GE’s social media center of excellence. “We use hashtags either to join in larger conversation or to surface a focused conversation on a topic of passion for @GeneralElectric.”

Take GE’s #IWantToInvent hashtag, which the company uses on an ongoing basis to get people to participate in conversations around innovation. The hashtag wasn’t created for one specific campaign. Instead, it’s thematically connected to a lot of the marketing that GE does and resurfaces when relevant.

#IndustrialInternet is another GE hashtag. It was created to foster conversations at the company’s Minds and Machines conference in late November. This is another example of a hashtag that is connected to GE’s business strategy and will remain a key hashtag for both short-term events and longer-term conversations.

Joe Barbagallo, manager of social media at Volvo Cars of North America, agrees that a different hashtag for every marketing campaign is not the equivalent of a well-thought-out hashtag strategy.

“Some brands have gotten a bit too hashtag happy,” Barbagallo said. “When brands create a different hashtag for each initiative, the experience becomes fragmented. Unless brands want to invest long-term and have an ‘always-on’ strategy behind their hashtags, the best way to introduce a new hashtag is to align it with something meaningful at scale. Super Bowl is a prime example of that.”

Volvo actually launched a new community section on its homepage to help address the confusion that brands sometimes create when using multiple hashtags. The microsite is a hashtag legend of sorts, to help consumers follow the conversations Volvo is having. One of the main hashtags Volvo uses on a monthly basis is #SwedeSpeak. As it stands now, #SwedeSpeak is a branded Twitter chat by Volvo Cars of North America. It is a monthly chat designed to connect with fans and to educate them about Volvo’s new products, accessories and auto shows. Essentially, when consumers see the #SwedeSpeak hashtag, Volvo wants them to know that their questions, comments and conversations will be addressed by someone at the company. Their comments will be seen and answered by someone at headquarters, whether an engineer, designer or even the CEO.

Another hashtag that Volvo has integrated into its social marketing strategy is #MyFirstVolvo. Naturally, getting a new car is a moment that many customers like to celebrate, especially on social media. #MyFirstVolvo captures that excitement within a social conversation that many other new Volvo drivers are having. It is completely guided by consumers.

“The tribes of people that you care about reaching are increasingly gathered around the hashtag fireplace in conversation, so without a clear understanding of the hashtags important to your brand, you run the risk of missing relevant conversations or opening yourself up to ridicule,” Barbagallo said.

Where hashtags are particularly useful, as the Super Bowl proves, is in television ads, according to Troy Brown, president of digital agency One50One. Using a branded hashtag is a great way to measure the impact of a spot. But this type of conversation shouldn’t be limited to just Twitter. Instagram and even Facebook can make use of the hashtag, too. The nice part about these conversations is that they are happening online, so it’s all in real time, and a brand can gauge their impact and reach the moment the spot goes live.

“These mentions are great to measure earned media,” Brown said. “Are people going to run out and buy cars or more Oreos from seeing their friend’s tweet about a brand? Maybe. But the purpose of marketing should be to create new opportunities for new consumers who were not aware of your brand before or who might have lost interest. By being relevant to the online conversation, brands can win top of mindshare with their target audience.”