There’s nothing the Internet loves more than a troll.

And that’s basically what Vermont senator and Democratic presidential hopeful Bernie Sanders was Wednesday night during the GOP debate, when he stole the show from the Republicans on stage at the Ronald Reagan Presidential Library, thanks to some sarcastic live-tweeting.

Now we’re really getting to the Republican talking points. More money for war and confrontation. #DebateWithBernie

After announcing that he would be live-tweeting the debate just after 8 p.m., Sanders set the Internet ablaze with his pointed and snarky remarks — racking up thousands of retweets and favorites — before eventually deciding he’d had enough and calling it a night. (Three hours can test anybody, Bernie.)

Thank you all. I’ve had it. I’m going home. Talk to you soon. #DebateWithBernie — Bernie Sanders (@BernieSanders) September 17, 2015

According to social analytics firm Socialbakers, compared to his average interactions of 36,700 per day over the past month, Sanders received 452,000 interactions on his tweets yesterday alone — including retweets, replies, and favorites. 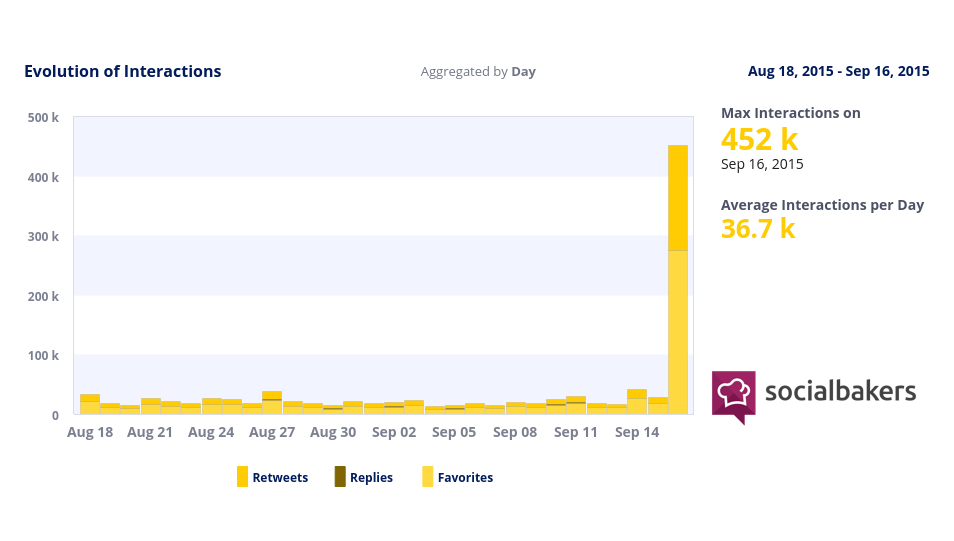 He tweeted 43 times yesterday, nearly 4 times his daily tweet average over the past month. These tweets also resulted in 9,300 new followers for Sanders — 2.5 times more followers he usually gets in a day — propelling his follower count up to over 513,000 followers. 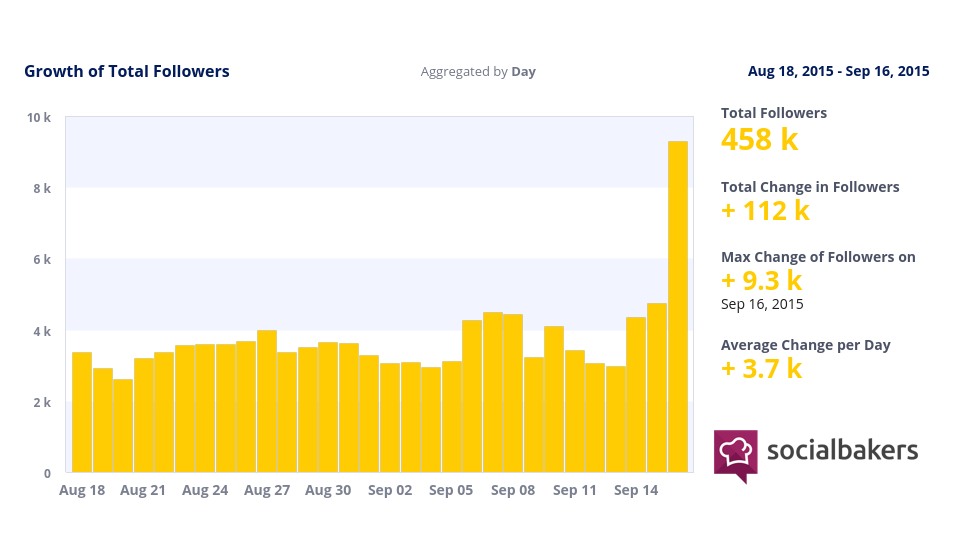 Sanders used the hashtag #DebateWithBernie to take on GOP primary leaders including former Florida Gov. Jeb Bush and businessman and reality TV star Donald Trump, calling them out on “their desire to go to war” and their lack of focus on topics like income inequality and climate change. The hashtag itself accumulated more than 136 million impressions, according to social analytics firm Brandwatch.

Sanders spared no one. He took a potshot at at Florida Sen. Marco Rubio on his views on climate change.

Rubio knows California has a drought. Will he have the courage to connect that to climate change or reject the science? #DebateWithBernie — Bernie Sanders (@BernieSanders) September 17, 2015

He also weighed in on Donald Trump and his frequent commentary on people’s appearances, which Kentucky Sen. Rand Paul brought up.

Trump. What a pleasant and humble person. Can’t stop saying kind and generous things about his fellow Republicans. #DebateWithBernie

Sanders has recently overtaken Hillary Clinton in polls in Iowa and New Hampshire, who also tried to put in her two cents. But she was no match for Sanders. Brandwatch data showed that the Twitter conversation around him has been largely positive. Nearly 70 percent of sentiment-categorized tweets around him have been positive.

For a bunch of people who don’t believe in acting on climate change, the Republican candidates seem committed to recycling ideas. #GOPdebate

As for the Republican candidates, global social intelligence platform Synthesio found that Donald Trump and Jeb Bush generated the most mentions during last night’s debate, with 31.8 percent and 12.9 percent of the total each. Ted Cruz was third, with 9.4 percent of the tweets mentioning him.