The most bizarre ‘Trump’ ads from brands 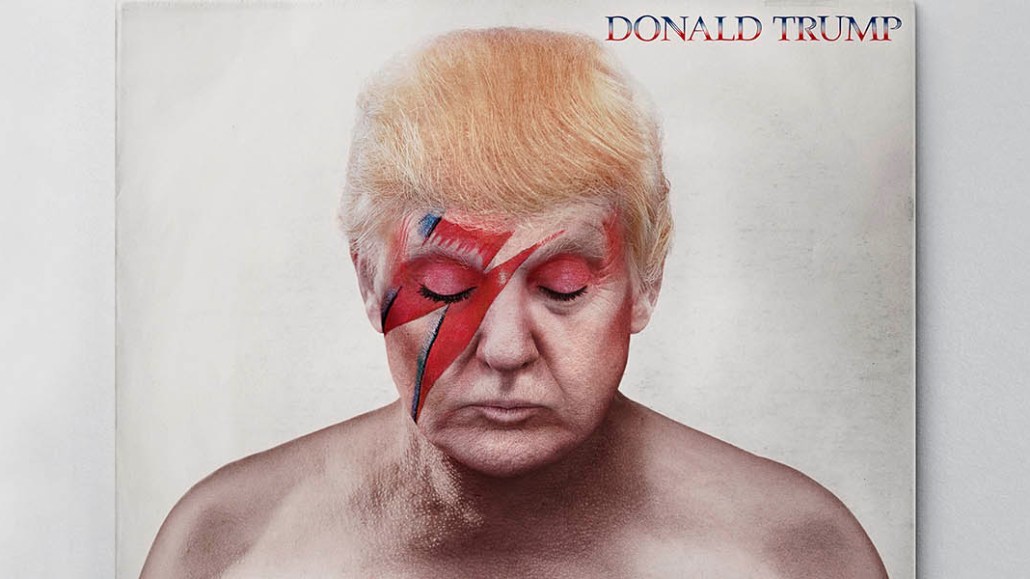 Brands have mostly stayed away from the President Trump brand. And with the events of the last month and Trump’s controversial responses, brand experts are advising companies to run away as fast as they can from the president to protect their future legacies.

At this point, the only brand ads even alluding to Trump will look similar to this new Walmart “inclusion” commercial titled “Many Chairs.” You’ll probably also see a few “edgier” smaller companies use him as a negative creative linchpin.

All of the following ads were produced before the Charlottesville, Virginia, violence.

Last summer, Indian tea brand Te-a-me tried to deliver an “intervention” to Trump at Trump Tower here in New York City: a four-year supply of its green tea. The spokeswoman in the fake video within the video reminds Trump that green tea is “proven to make people smarter” and that “it’s never to late to cleanse yourself.” But as you can see, there’s no proof the tea was actually delivered because it wasn’t. Still, the video has over a million views, so maybe it sold some product? Agency: Fisheye, Bangalore.

Here, the president’s words are spliced together to form the lyrics to Salt-N-Pepa’s “Let’s Talk About Sex” to promote Sexpo (South Africa’s premier health, sexuality and lifestyle expo) last March. Which, OK, but why use Trump? “Make Sex Great Again” is copywriting at its laziest.

“Wake up, man!” German agency Blood Actvertising says it put up these posters in the Schanzenviertel section of Hamburg (home of Fritz-Kola) during July’s G-20 summit. (There are also Putin and Erdogan executions.) Looks like Photoshopped fakes.

“The radio (station) that plays the news.” (The ad is translated from Portuguese.) CBN is an all-news station in Brazil. Trump has been adjusted to look like David Bowie on his 1973 album “Aladdin Sane,” except they butchered the lightning bolt and forgot the teardrop. Let’s be glad Bowie isn’t alive to see this … thing. Agency: Agência UM, Recife, Brazil. 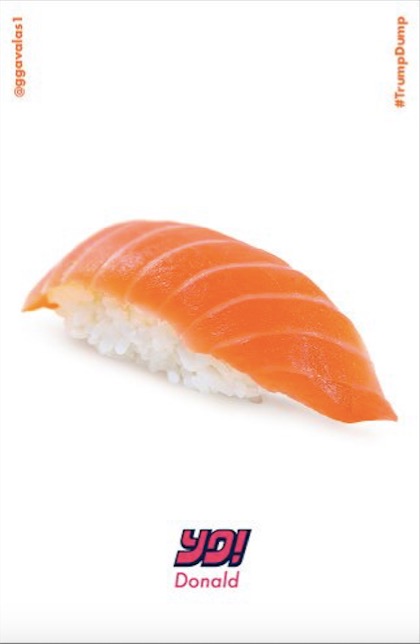 Back in March, The Drum, the Chip Shop Awards and One Minute Briefs teamed up to challenge creatives to come up with Trump spoof ads. There were, predictably, several condom executions. The above ad was the most visually unexpected one of the lot and about the only one that wasn’t 100 percent negative (by London art director George Gavalas). Negative advertising is easy. See some of the other better entries here.