The best and worst brand tweets about the iPhone 6 #Bendgate 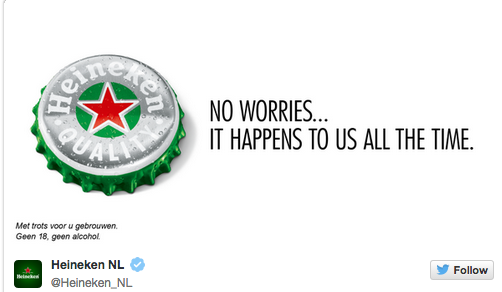 It’s been exactly a week since the iPhone 6 and iPhone 6 Plus hit the streets. And the phones are still making headlines, though for perhaps the wrong reasons. Twitter flipped out when it was discovered the slim new devices came with a brand new problem: they’re a tad too flexible. Turns out, there is a bend in the thinner.

A video of a user literally bending the new iPhone went viral, introducing the hashtags #Bendgate and (our favorite) #Bendghazi into the wild. Of course people aren’t allowed to have any fun without brands nosing in with their own jokes. And while some aced it, other brands should have probably stayed away.

Here, then, are the best and worst brand reactions to #Bendghazi. 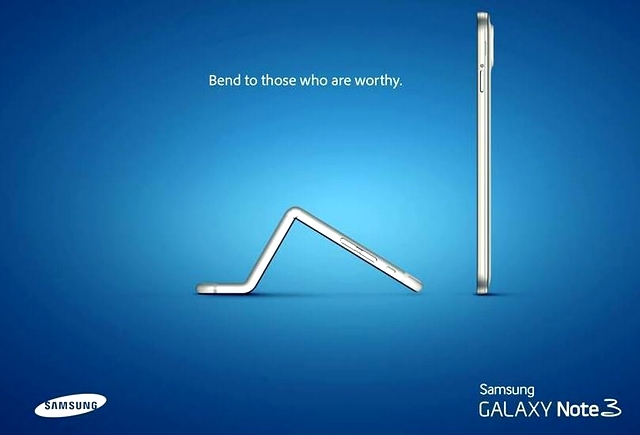 This is the clear winner. It came out quickly and with a few deft strokes shows the iPhone 6 effectively kowtowing to the Galaxy Note 3. Check and mate. (Updated to add: It’s been brought to our attention that this is not an official Samsung ad, but a fan-made masterpiece. And here we thought we could trust everything we read on the Internet!)

And the iPhone vs. Android battle rages on, with the phone’s biggest competitor Samsung not hesitating to take a smart dig at Apple. 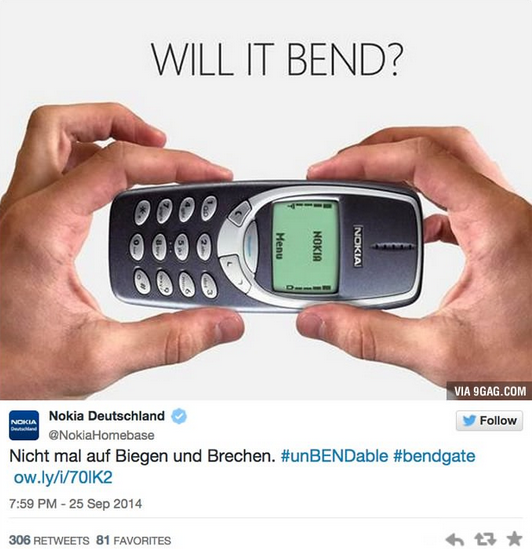 We think we see what you tried to do there, Nokia. A dose of nostalgia, referring back to the days when phones were as sturdy as bricks. For some reason the tweet was later removed.

Cute, timely and on-brand, Kit Kat. Still, we’re not sure anyone wants their phones to actually break, though.

Always nice to see a bit of brand solidarity. We like it, Heineken.

OK, Pringles, you nailed it. Too bad your chips still taste about as good as the iPhone 6, though.

The clear choice is the one that stands out. #ZenFone#BendGatepic.twitter.com/KxgKj4rW9N

Not the most creative, but “iBend” is still a pretty good zinger.

We’ve only ever had curves in all the right places #bendgatepic.twitter.com/D7MD81VZli

Nostalgia, as Coke is well aware, sells about as reliably as humor. This tweet has both.

Nice try there, buddy. But it probably would have worked better if you hadn’t tweeted that out using the same very phone you were trying to take a jab at.

WARNING: Whataburger WILL bend if left in your pocket. #bendgatepic.twitter.com/wXcUpfVFoS — Whataburger® (@Whataburger) September 24, 2014

What is that, Whataburger? Have you completely given up?

Nice stock photo, Ford. Did you not have any images of your cars on hand?