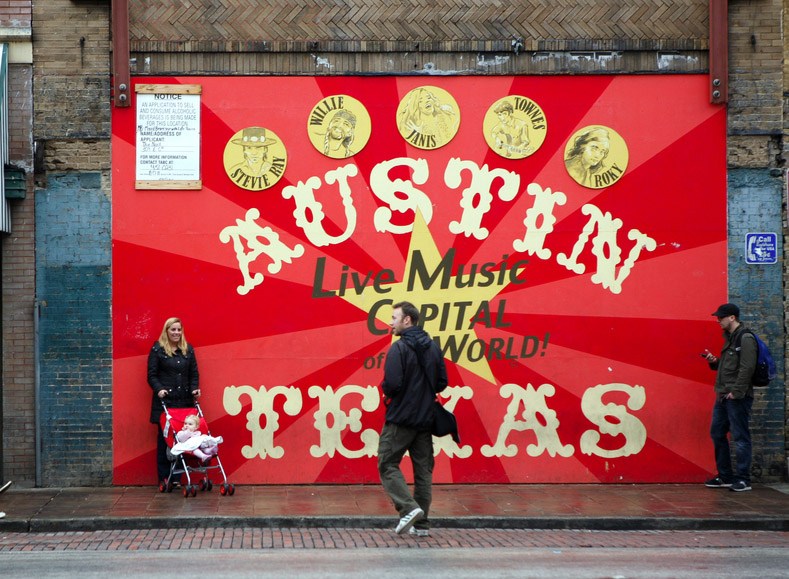 SXSW has quickly become one of the largest marketplaces for brands.

Naturally with so many brand in attendance at the event, there are tons of concerts, promotions and giveaways going on. For some, it’s as if SXSW is treated as an even bigger deal than the Super Bowl.

Here are some programs we feel stand out.

Frito-Lay North America
Frito-Lay’s got quite a program in store for SXSW attendees. L.L. Cool J, Public Enemy, Ice Cube and Doug E. Fresh will be performing at Doritos’ concert on March 14. Here’s the catch, Twitter engagement from the audience and fans watching the live stream will affect the outcome of the opening act, special effects, onscreen visuals and the encore song. 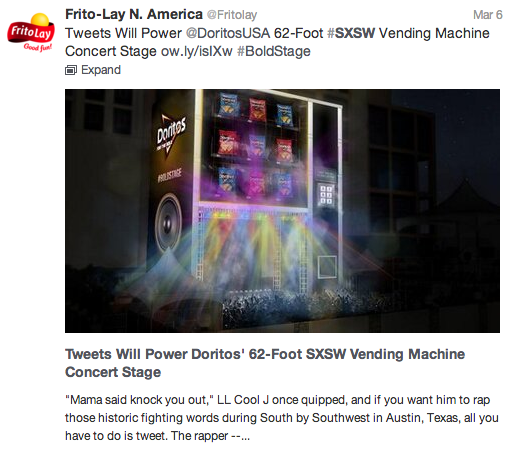 American Airlines
American Airlines’ campaign makes it onto this list because of the prize. Those who tweet a photo of themselves with the hashtag #newAmerican is entered to win a chance to see themselves on the big screen at the ACC. All the vain SXSW attendees are going to paint the town red with this one. 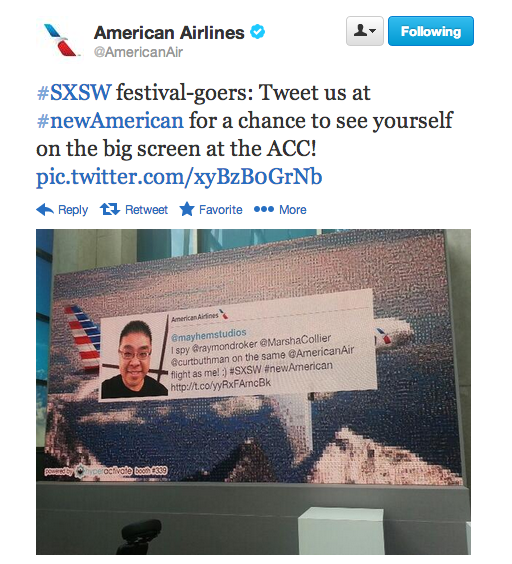 Taco Bell
As part of it’s “Feed The Beat” program, Taco Bell is working with Twitter to give fans the opportunity to create a “rockumentary,” by submitting their own footage of two bands playing at a branded event at SXSW.

Manolo Blahnik
Manolo Blahnik is taking its BB stiletto to technology’s biggest week, asking people to tweet @bergdorfs or @manoloblahnik for clues as to where at SXSW BBs could be spotted. Fans just need to snap a picture, hashtag it with #SxBB and upload it to Twitter or Instagram. The winning entry will show the BBs in best SXSW action for a chance to win a pair of custom Manolo Blahnik BBs. 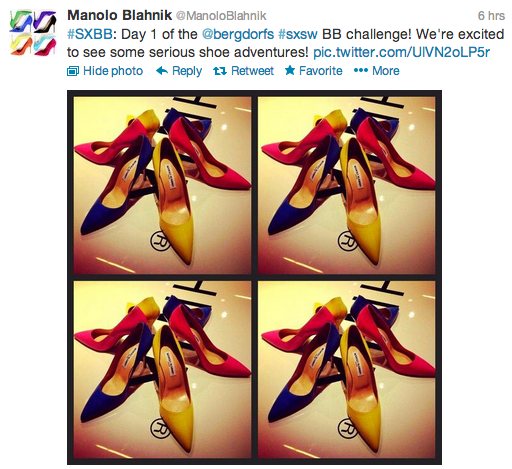 Pizza Hut
Pizza Hut is holding 140-second interviews at SXSW to hire a social media manager. It’ll be interesting to see who can sell themselves in a minute and a half. It’s promoting this through a video, which was posted to YouTube and distributed through Facebook and Twitter.