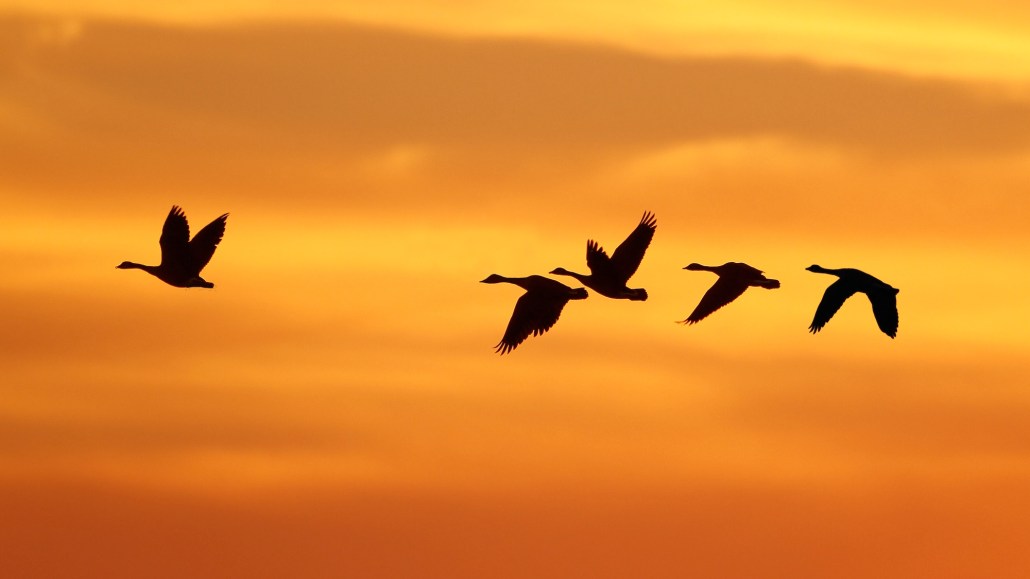 Agency Twitter accounts are often dull as dishwater. Instead of using the opportunity to poke fun at the day’s news, or to amuse followers with pithy one-liners, the majority choose instead to tweet links to press releases, offer unseemly praise of clients or to retweet Ad Age articles.

There are a handful of agencies out there, however, that have taken a different approach. They’ve opted instead to publish content that their followers – real people – might actually be interested in. And top talent in many agencies are doing the tweeting, rather than pushing it off on the PR department.

Digiday caught up with the people behind some of the better agency accounts to hear more about how they approach the platform and why.

The @RGA account, operated by Chapin Clark, is regularly cited by ad professionals as one of their favorite agency accounts. Most agencies use their Twitter feeds to link to boring blog posts by company executives, but Clark attempts instead to entertain followers with his witty, sarcastic, sometimes weird updates.

According to Clark, the trick to building a successful Twitter account is simply to say something interesting. It works for individual accounts, and it works for agency ones, too. “I aim for a mix of useful and completely useless, funny and dead serious, local and global,” he told Digiday. “I watch to see what the response is to different things and then adjust.”

Clark emphasized you can’t please all of the people all of the time when it comes to Twitter, however. But that’s precisely why you shouldn’t try. Take some risks, he said. Be creative.

“We’re lucky to be in advertising. We can have a strong voice, a point of view. We should take advantage of that. Trying to please everybody is dangerous, I think. You end up being really bland, and nobody likes you.”

RGA’s PR team is not always completely at ease with everything Clark publishes on the account, but he works with them to push RGA’s company agenda from time to time. For the most part, though, he’s left to his own devices. The agency trusts that he knows what he’s doing, he said.

It’s sweltering today. So we have a Christmas tree in our meeting room, obviously. — Wieden + Kennedy (@W2Optimism) August 1, 2013

“The difficult thing for most agencies is they have an approval system for tweeting. There’s a PR person or marketing department it has to go through,” Christie told Digiday. “For us, it’s just about doing it. I don’t have to ask anyone permission. It’s more off the cuff and raw, and reflective of what this place is actually like. Were not a corporate machine.”

Still, Christie added that he does have a couple of rules he abides by. “I try not to badmouth other agencies’ work, and I generally try to be positive. I also try not to talk about personal stuff,” he said.

According to Christie, the account has even helped the agency land new work. When it starts talking to prospective new clients, he makes an effort to engage them on the platform. “We use it to reach out to people, prospective new hires, journalists, clients. It’s hugely valuable in that respect.”

The more photos of dogs and bicycles on a website, the more creative the agency. — Red Square Agency (@redsquareagency) July 12, 2013

“I think most people respond to content that speaks to them as having an intelligence, as opposed to the chest thumping that a lot of agencies do. I try to talk about things that are interesting or funny,” Sullivan said. “Much of the time that’s stuff that isn’t even related to the industry.”

Like Christie, Sullivan too said he’s laid a few ground rules for himself regarding the type of things he can and can’t tweet. He doesn’t say anything his Mom wouldn’t approve of, he avoids being negative where possible, and he doesn’t tweet about politics or religion.

“It’s too easy to say negative stuff on social media,” he said. “My view is if you don’t have anything nice to say, don’t say it.”

According to Sullivan, Red Square sees a great deal of value in its Twitter presence. It’s not just there because it has to be. The agency recently landed some work for Hilton Hotels after an initial interaction on Twitter, he said. The agency also found the lawyer it would hire through the social network. “Twitter has been a great way for us to meet new people as an organization,” he said. “I think a lot of agencies are missing opportunities because of the way they’re using it.”

Huge approaches things slightly differently with its corporate Twitter account. Rather than have a PR team or a single person responsible for its output, it attempts to crowdsource content for its feed from across the agency.

Each morning, the firm’s communications team pulls links from around the Web it thinks might be interesting to staffers and then distributes them among its copywriters who write tweets for the ones that interest them most.

“We try to have our voice come from people inside the organization rather than PR people whose job is to promote the agency,” said the company’s vp of communications, Sam Weston, whose team manages the process.

For the most part, the result is an amusing take on the day’s news, as well as links to content relevant to the agency’s capabilities. There are also links to client work and news about life at the agency, of course. But the overall idea is to represent the people that work at the company, Weston said.

“The goal is to be a legitimately useful and interesting source of information to people who work in our core disciplines.”