Coming to a theater near you: ‘Benjamin Moore, the Movie’ 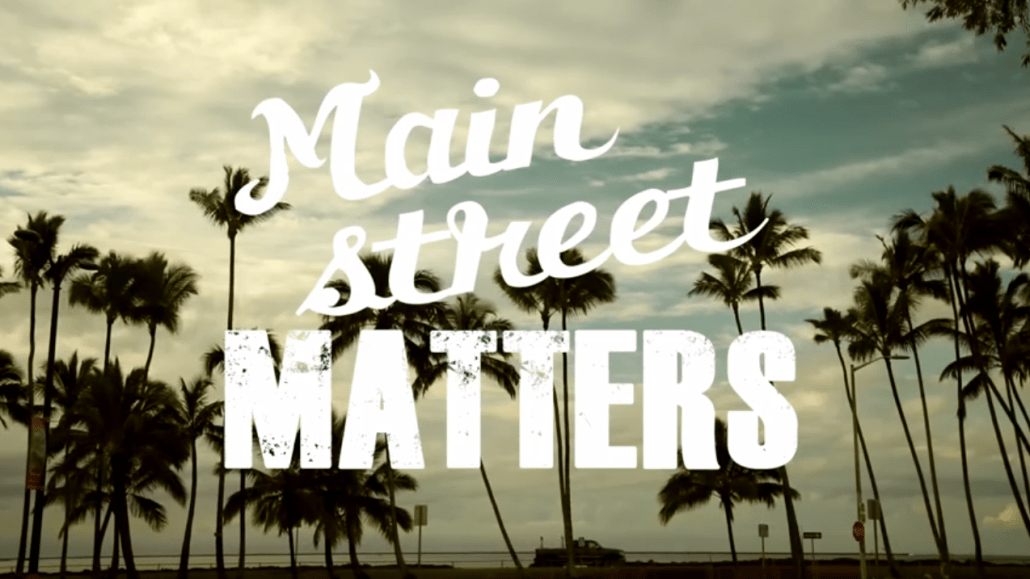 The American downtown is undergoing a boom. And Benjamin Moore, the paint company, wants to fix up its fixer-uppers — and catch it all on tape.

Case in point: You wouldn’t know it by looking at it today, but the town of Sea Bright, N.J., lost its entire downtown business district and hundreds of homes when Hurricane Sandy ripped through the coast a year ago. Over the weekend, though, the beachfront community celebrated a revitalized boardwalk with a cookout, scavenger hunt, photo booth and plenty of smiling faces.

One silent star of the occasion: fresh paint. One hundred and sixty-one gallons of paint to be exact, donated by Benjamin Moore as part of its ongoing Main Street Matters campaign. Last year, the 131-year-old paint company held a contest in which it called for communities across America to apply for a Benjamin Moore-funded revitalization project. Of the 840 towns that submitted, only 20 were chosen.

Throughout this year, Benjamin Moore has been going to each of the cities — from Attleboro, Mass., to Xenia, Ohio — to give their downtowns a fresh coat of paint. The plan for the $12 million project is to not only help communities in need, but also spread a little good will for the Benjamin Moore brand. Toward that end, the company has hired two independent filmmakers — Ryan Jones and Shawn Willis — to make a documentary about the rebirth of the American downtown.

“We realized there was a big story happening in Main Streets across America, and we wanted to be the one to tell it,” said Kendyl Wright, experiential marketing manager for Benjamin Moore. “We hired Willis and Jones in the fall and told them, ‘We don’t want you to make a branded commercial about Benjamin Moore repainting streets. We want you to tell the story in an authentic way about the revitalization of these Main Streets.’”

It may seem counterintuitive for a paint company to make a movie. But Benjamin Moore is just the latest big brand to get into the content-creation game, hoping to engage with its half-million Facebook fans and 58,000 Twitter followers. And they say they’re doing it with as light a touch as possible.

“We came into this thinking that this is a big client. They are going to want complete control, and they are going to want it to be heavily branded,” said Jones, a videographer with a background in journalism at titles like GQ and New York Magazine. “We were quickly relieved to find they didn’t want it to be a Benjamin Moore commercial. They wanted it to be a movie about the issues.”

And there are issues galore. From 2000 to 2010, the population of college-educated professionals between the ages of 25 and 34 grew by 26 percent in major cities’ downtowns — twice as fast as it did in those cities’ overall metro areas, according to U.S. Census data. The population grew in 33 downtown areas out of the 51 major metropolises.

“There’s this huge movement back to downtown, back to Main Street,” said Jones. With Benjamin Moore’s backing, this is the story Jones and Willis intend to tell. And the company — whose agency partners on the Main Street Matters campaign include Momentum Worldwide, Golin Harris and Blue State Digital — is ceding a surprising amount of control over the project to the duo.

“We’re stepping into this new genre of marketing where you have a big corporation that’s attaching their name to it, but they’re not overtly selling their product,” said Willis. Distribution of the finished product lies in their hands, and they plan to submit the finished product to the festival circuit — Sundance, SXSW, Tribeca — as well as to various cable networks.

“We leave every meeting with Benjamin Moore thinking, ‘How is this possible? They’re such a big brand, and they’re trusting us with so much,’” added Jones. “But the understanding is that if we are to create something that’s super-heavily branded, nobody is going to be interested in distributing that. This gives us the opportunity to create a proper documentary.”

In addition to the documentary, which will include some minor Benjamin Moore branding in B-roll shots, Jones and Willis are making 20 more overtly branded short films in each of the Main Street Matters cities, like this clip from Hilo, Hawaii.

“This is not what the film is going to be like, as this is heavily branded,” stressed Jones. “The film is much more issues-based with only brief mentions of Benjamin Moore.” Either way, it probably beats watching paint dry.