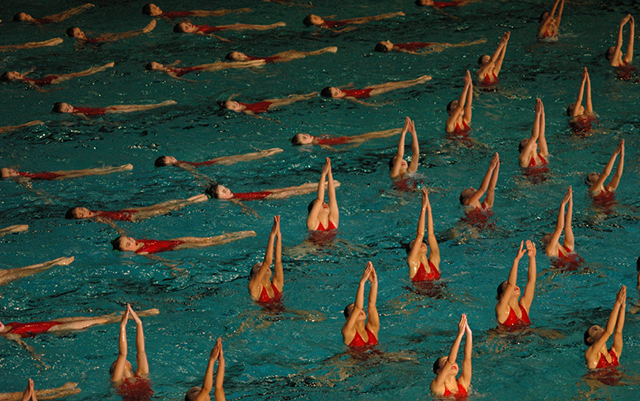 When the power at New Orleans’ Superdome went out after Beyoncé’s grand halftime show during the Super Bowl this past Sunday, Oreo quickly came up with this gem about still being able to dunk your Oreo cookie in the dark. It was retweeted over 15,800 times and lauded as evidence of brand spontaneity.

And yet behind the scenes, an awful lot of planning took place to make that possible. Mondalez set up a “war room” at the New York headquarters of agency 360i, where brand reps, 360i creatives and strategists from MediaVest all toiled in a choreographed exercise that made possible the quick response. It wasn’t an accident the creatives and brands were there at the same time.

That’s the central irony of brands in real time: Doing so requires perhaps even more planning than the long lead-time past of marketing. In order to move at the speed of digital culture, marketers need to plan furiously ahead of time to put themselves in position to succeed. In short, it’s a learned skill dependent on process.

“Real time flies in the face of how traditional marketing and advertising work,” said David Armano, manager director of Edelman Digital. “It’s not easy to plan or execute.”

Acting “spontaneously” for brands is somewhat akin to improv. Watching the show, you’ll be amazed at how the performers can do it all on the fly. In reality, improv is an incredibly structured affair with a set process. Brands are now trying to do their own version of improv in digital media.

Take Virgin Mobile, which a year ago embarked on building a “brand newsroom.” Through fits and starts, it is now at the point where it is operating fast, although not nearly as fast as it probably should. Virgin has gone so far as to schedule weekly editorial meetings with BuzzFeed staffers in order to put in place a process for acting fast.

Ron Faris, head of brand marketing at Virgin Mobile USA, doesn’t think it’s impossible for real time to become a more regular thing for brands. It’s just going to take some rearranging and new procedures. Faris explained that Virgin Mobile uses its blog and partnerships with other sites and platforms, like BuzzFeed, as tools to help it lower some of the legal risk for the brand and to give it more legroom to be creative and act quickly. As Faris explained, using partners means offsetting some of the risk and responsibility for the brand, and everyone knows, not upsetting legal is a big concern for brands all of the time.

“You need to build a process that works for everyone. We work with different platforms that let us comment a little bit more flexibly,” he said. “Anything we comment on publicly we use our platform Virgin Mobile Live, which doesn’t sell product; it’s more like a news blog. This gives us flexibility to have conversations there.”

Many people use “real time” as little more than a buzzword. But to a serious brand, real time is code for changing internal organizational dynamics. It’s not sexy stuff, or even the type of things that your average social media guru even considers. And yet it matters, big time. Ironically, to be able to do things spontaneously in real time actually requires a lot of planning and organization.

“There needs to be enough nuanced understanding of the audience, a cultural fluency really, to understand what signals in the market to respond to. Whether it’s a shift in sentiment, traffic flow, response rate, or a spike in a specific metric, the agency has to be intuitive enough to know what matters enough to respond to,” said Jim Cuene, senior marketing manager at General Mills. “Then, it comes down to executional competency. Is the agency ready — staffed right, are the tools in place, are the processes worked out, is the client aligned — to move in something close to real time?”

This might mean having a brand content studio team constantly monitoring the Web for relevant events and content for the brand to respond to. Or it could be an agency that is on call during big events and is ready to create content quickly in response to what’s going on. Either way, it all comes down to planning, creating procedures for these real-time situations and monitoring everything that’s going on.

“When you see a P&G or an Oreo adding rapid content, comment or context to a news event that’s just broken, it can look like they effortlessly inserted themselves into the conversation,” explained Jonah Bloom, chief strategy officer at Kirshenbaum Bond Senecal + Partners, “but you know they built some pretty good decision-tree models and spent some serious money on a team of analysts and responders to look that effortless.”

The brands that responded to the Super Bowl blackout got positive attention and interactions from people. Clearly, planning and acting quickly paid off for them. Now it will be up to brands to take more risks with real time and put more procedures and the proper teams in place to make real time more than a one-off.

As for the cost, that’s always a factor. At Virgin Mobile, Faris has concentrated on having a lean team, cutting down on the number of superfluous people to the process. If that’s done, it’s doable, he said, even on a budget under $1 million.

“It can be infinitely cheaper than doing a commercial on TV,” said Faris. You get more bang for your buck if you spend your money on good copywriters and designers who have a newsroom sense of urgency than a huge, million-dollar production.”