Before They Were Madmen: Tennis Courts to Campaign Storyboards 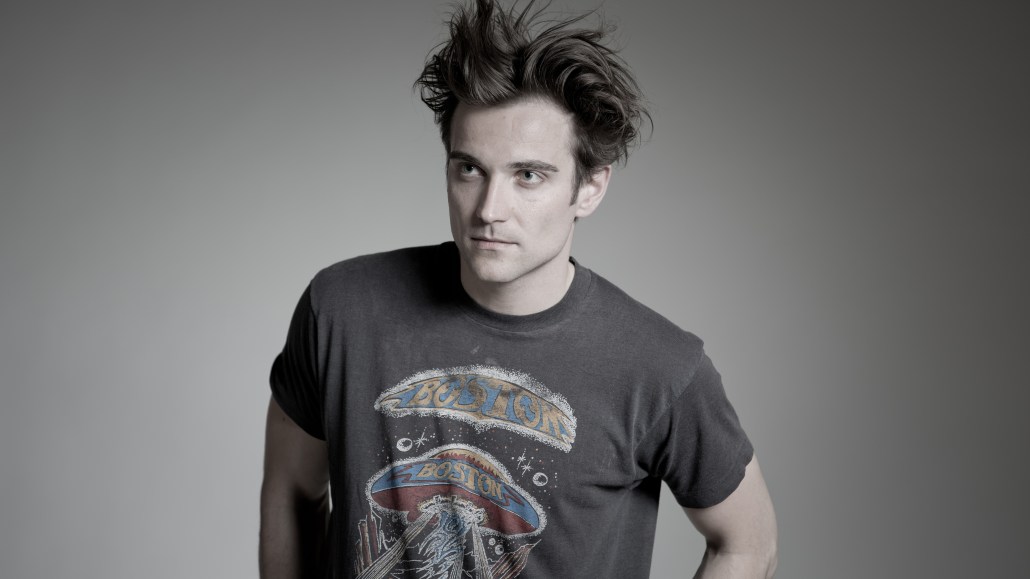 Creative directors aren’t the first thought in your mind when you think of athletes. Alexander Nowak is an exception.

Before Droga5, professional tennis was his first career. Starting at a very young age in his home country of Germany, Nowak played competitively at the age of 8 through his teenage years. He never cracked the big time, however, and pursued instead a career in the ad world. He’s the latest subject in our ongoing series on people who had unusual entrees to the ad world. Please contact me at the address below if you or someone you know took a circuitous path to the agency world.

How did you get from the competitive tennis world to the ad world?
I took a circuitous route into advertising. After my parents gave me a tennis racket for my fourth birthday, I spent the next eight years on clay courts in Germany hitting tennis balls after school. Turns out I was actually pretty talented, so in my teenage years I played on grass courts and hard courts in England and the U.S. against guys like Roger Federer. While Roger moved on and won his first Grand Slam title at Wimbledon in 2003, I got bored of chasing yellow balls all day long and decided to go study architecture. After graduating with an architecture degree, I got bored again and found myself interested in a slightly different creative field with more space for my interests in typography, photography, illustrations, music and movies.  So I went to Miami Ad School Europe to become an Art Director.  Before graduation, Felix Richter and I signed a contract with Y&R NY, where we spent the next 15 months before coming to Droga5.

Is there any similarity between playing tennis and working at an ad agency? Any skills that you use from your tennis days in your work today?
Even though I liked to play doubles, most of the time I played singles. As an art director you get to be a team player.  I have my partner Feliks Richter (copywriter) and the creative directors, producers, strategists and planners around me who make the work possible.  My chair umpire is not sitting in the middle of the field anymore, but when David [Droga] says the ball is out … the ball is out.

What is the best part of professional tennis and the best part of being in the ad industry?
In tennis you’re on your own.  Advertising is a team sport. I still love tennis, I still love Architecture, but for now I really like being an Art Director and working with the most talented people in the industry.  I don’t think I’ll be bored again anytime soon.

What is your least favorite part of tennis and the worst part of working in advertising?
My least favorite part of competitive tennis was when I lost a very tough and close match. You play on the same level the entire time, and then one point at the end of a match changes everything.  On the other hand, the tough and close matches were always the best ones to win. My least favorite part of working in advertising is that sometimes you come to a point with a client where you have to compromise a lot of your original creative idea. I know, that’s advertising, but when you’re very passionate about the work it’s difficult to accept that your ideas won’t all be realized.

What do you make of the whole “Mad Men” craze, and the notion that advertising is sexy again thanks to Don Draper? Do you see the ad world this way today? Or is it just that the ad world wants to see itself this way still?
Believe it or not, I haven’t watched “Mad Men”, but being in this industry I know what it’s all about.  I don’t think the ad world is this way today–Mad Men is a romanticized trip back in time. Times have changed:  my work attire is 80s rock band shirts from flea markets around Brooklyn, not suits and ties.