‘Beauty is a brand new space’: OPI teams up with Xbox for global nail polish collab 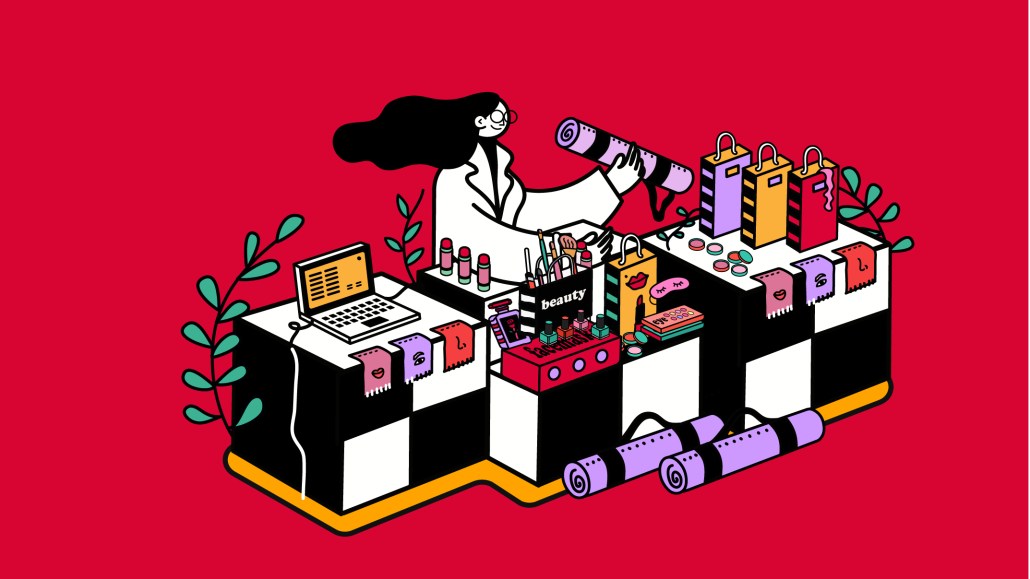 This story was first reported — and published — by Digiday sibling Glossy

On Tuesday, global nail brand OPI launched a product collaboration with Xbox, strengthening the notion that 2022 will be a banner year for all things gaming in the beauty world.

The collaboration consists of a 12-shade range of polishes with game-inspired names like “Pixel Dust” (shimmery dusty pink) and “Sage Simulation” (sage green). Through January, the complete collection will be exclusively available at Ulta Beauty in the U.S. It will roll out globally to other major retailers like Target.com and Amazon in February. This is the first gaming collab for OPI, though the brand has a long history of unique collaborations, including with Hollywood films. As 2021 closed out with gaming, the metaverse, and NFTs taking the central stage in beauty marketing, the collaboration suggests that the momentum will continue this year.

“Several OPI staffers are avid gamers, and we’ve been watching the world of gaming expand its audience [by becoming] an outlet for relaxation, stress relief, and social connection across friends and families,” said Emi Moreno, senior marketing director at OPI North America. “While our customers didn’t specifically ask for a gaming collab, we’ve always had great success with our past partnerships that reach outside of beauty.”

The Xbox tie-up is fairly in-depth. Starting in February, for any $20 purchase of the collection at Ulta Beauty or Amazon.com, players can register to receive a free in-game car livery for the “Forza Horizon 5” game. What’s more, “Halo” players can receive special armor matching several shades from the OPI collection. There is also an Instagram sweepstakes to win the 12-piece collection along with a custom Xbox controller that matches the shades “Achievement Unlocked,” “Racing for Pinks” and “Can’t CNTRL Me.” The collection will be housed on endcaps in Ulta Beauty stores, with a cloud backdrop used as in-store signage. The signage is inspired by the “cloud-filled skies” of the “Forza” and “Halo” games. Finally, Ulta Beauty will offer an exclusive duo-pack of products featuring the “Racing for Pinks” and “Trading Paint” shades.

OPI and Xbox will gift the collection to press and influencers in the gaming and beauty space, and OPI will have paid advertising and promotion with influencers on Twitch and YouTube. Twitch is a new platform for OPI to experiment with, said Moreno.

“Beauty is a brand new space for Xbox to play in,” said Marcos Waltenberg, director of global partnerships at Xbox. “Our Xbox global partnerships team keeps a pulse on the latest pop culture trends and beloved brands in gaming-adjacent spaces like beauty, music and sports. Our partnership with OPI was integrated from the start, with both brands collaborating on the collection and marketing campaigns — with the shared goal of reaching young, global audiences who love beauty, gaming, play and self-expression.”

Notably, Xbox collaborated with MAC Cosmetics in Oct. 2021 for a Halloween activation. Four makeup artists created four looks based on Xbox game characters from “Halo,” “Sea of Thieves” and “Psychonauts.” Back in 2012, L’Oréal USA launched an app called “The Next Level” on Xbox Live, which was meant to serve as a “one-stop beauty and style hub for women,” according to a press release at the time. And in 2019, Lynx (Axe’s name in markets including New Zealand and Australia) launched Xbox-branded body spray, deodorant and shower gel. Glossy could not determine the success of L’Oréal’s and Lynx’s endeavors.

“Gaming and nails seem different — but, when you think about it, both serve as a time for self-care, a creative outlet and a bit of fun. Many of the 100 million female gamers game for similar reasons. It’s both a natural and somewhat out-of-the-box collaboration,” said Moreno.

Despite the millions of female gamers, it is worth noting that nail collabs in the gaming space take on an additional factor when considering the burgeoning popularity of men’s nail polish. Celebrities like Pete Davidson and Machine Gun Kelly have donned nail varnish, while Tyler, the Creator and TikToker LilHuddy have developed their own polish and nail art products.

“Beauty and fashion [are] becoming genderless, and there is less stigma around men wearing makeup and nail polish… [But] while men are joining the ranks of nail color fans in increasing numbers, women still drive the category and run the nail world,” said Moreno.