Battle of the Social Brands: Yankees vs. Red Sox 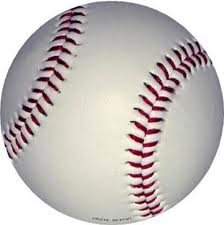 In this week’s installment of Battle of the Digital Brands, we take a look at baseball’s most heated rivalry: the New York Yankees and the Boston Red Sox.

We examined each brand’s main Facebook, Twitter and YouTube presence. Our analysis goes beyond raw numbers — anyone can buy a bunch of Facebook fans — as we take a broad view of how these two media properties are represented in the social media world.

Which A.L. East team will come ahead in the standings?

The Yankees:
Facebook: The Bronx Bombers, according to Forbes, is the third-most valuable sports team in the world. On Facebook, the team has 5.4 million likes with 257,000 people talking about them. The defending A.L East champs have a panoramic view of the new Yankee Stadium, from behind home plate, as their Timeline image. The Yanks could do a bit better in this section. It starts with the 1901 inception and adds links and some images throughout the decades of their 27 championship seasons, but with the deep and rich history of franchise, there could be more. Links on Facebook go to photos, both from the club and from fans, a nice touch. There’s also the ability to buy tickets (an extra link takes you to MLB.com’s ticket page for that game). As a generational icon, the page would be bereft without a Derek Jeter link. There’s a Gatorade-branded page that asks people to vote for No. 2’s greatest hit.Inflatable Games

Twitter: There are 574,000 followers on Twitter who receive about seven to ten tweets a day from the Yankees. Tweets are generally lineups, links to Yankees highlights on MLB.com and game recaps. There is zero interaction with Yankee fans.

YouTube: The Yankees have their own cable sports network, the Yankee Entertainment and Sports network, which has its own channel on YouTube. It has close to 8,000 subscribers. Its 1500 videos have been viewed more than 8 million times. Videos include YES programming — from Centerstage with Michael Kaye to The Joe Giradi show — but doesn’t appear to include any highlights, whether in-season or past ones. This could be due to copyright issues with MLB and other networks who broadcast the Yankees.

The Red Sox
Facebook: This year, the Boston Red Sox celebrate their 100th anniversary at hallowed Fenway Park and there’s an impressive image of the park (shot from right field) that greets those 3.5 million people who have liked the page. There’s a special 100th anniversary icon, too, emphasizing the club’s long history. The Timeline walks you through that history, from inception in 1901 through the milestones along the way – their first night game in ‘47, The Splendid Splinter’s signing in ‘39 and the ‘o4 and ‘07 World Series championship teams. They don’t rehash the ‘78 series against the Bombers or the collapse in ‘86. Links go photos and tickets, like the Yankees. There’s also a link to events (which was last updated in June 2011) and polls (most recent from March).

Twitter: There are 240,000 Red Sox nation followers on Twitter. Whomever runs the account does a great job of interacting with fans, offering contests (Tweet Your Seats winners get T-Shirts and a picture shout out on Twitter) as well as in-game updates after the third, sixth and ninth innings. Highlights as they happen are also tweeted.

YouTube: Boston also has its own sports network, NESN. It’s uploaded 377 videos for its 237 subscribers. The videos have a little over a million views. Red Sox videos are interviews with players, but most videos are previews or recaps of Boston Bruin hockey games, which makes sense since the first videos were uploaded only five months ago. There’s no historical footage, which would be nice to see.

Conclusion:
In social, both ball clubs use social media to represent their brand image. The Yankees business-like approach is evident through its Twitter and Facebook streams; the Red Sox are more fan-friendly. YouTube appears as an afterthought for both clubs, mainly since each has its own multimillion dollar sports network. As much as it pains me (I’m a Yankees fan), the Red Sox get the final out to win the social portion of the battle of the digital brands.