Battle of the Digital Brands: Tiffany vs. Zales 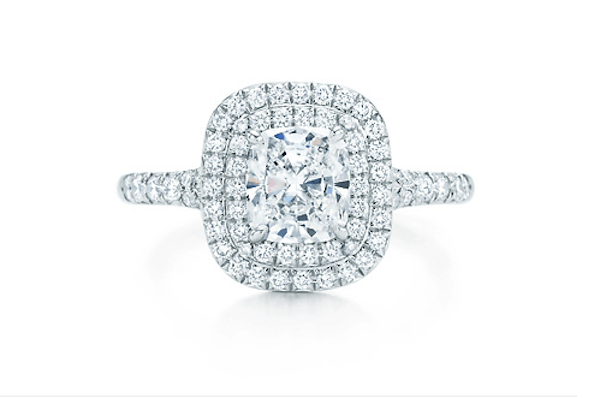 In this week’s installment of Battle of the Digital Brands, we take a look at two of the largest jewelry brands: Tiffany and Zales.

We examined the presence of each brand’s main Facebook, Twitter, YouTube and mobile sites and apps. Our analysis goes beyond raw numbers — anyone can buy a bunch of Facebook fans — as we take a broad view of how these two jewelry brands are represented in the digital world.

Tiffany & Co.
Facebook: With 2.2 million likes and 48,000 people talking about the brand, Tiffany’s posts on Facebook are getting a lot of engagement with thousands of likes and hundreds of comments. The company posts photos and videos on Facebook, but also posts links to articles from around the Web that focus on the jewelry brand. The company also posts about exclusive events and makes its Facebook fans feel like they get something out of following Tiffany on Facebook.

Twitter: On Twitter, Tiffany has a bout 153,000 followers and has tweeted 2,500 times since the company first started its Twitter account Nov. 18, 2009. The company posts several times a day and it’s posts aren’t outwardly promotional. Instead they focus on things like Earth Day, and other topics that Tiffany feels its followers would like to hear about. Tiffany’s strategy is a win on Twitter because the best type of advertising is the type that does not feel like advertising at all.

YouTube: Tiffany’s YouTube channel links to the brand’s other social destinations such as the What Makes Love True website, the Tiffany Facebook and Twitter destinations, tiffany.com and the jewelry brand’s foursquare account. There are 3,500 subscribers to the Tiffany YouTube channel and videos have been viewed 4.1 million times. There are videos that are part of the “What Makes Love True” campaign and also some behind the scenes videos from Tiffany events. One really unique set of videos is “Tiffany Apps,” which give viewers a demo of the various Tiffany mobile offerings.

Mobile site: The Tiffany mobile site right now is leading with Mother’s Day gift suggestions. Very timely, since Mother’s Day is right around the corner. The site is commerce-enabled, allowing consumers to buy right front heir device. They could also share products they like via Facebook, email and on Twitter. The site layout is clean and crisp, while sticking to the Tiffany look and feel.

Mobile app: Tiffany has two apps. The first is the Tiffany Engagement Ring Finder, which helps people find the ring that suits them best by browsing styles, viewing actual carat weights, determining their ring size and learning about Tiffany diamonds. After designing their perfect ring, consumers can share on Facebook. The app is not commerce-enabled. The second app is part of the “What Makes Love True” campaign. The app is basically a guide to matters of the heart. Users can read love stories and relationship advice. There’s also a resource for special places for two.

Zales
Facebook: Zales has almost 650,000 likes and 60,000 people talking about the brand on Facebook. Nearly all of the posts are product images, with thousands of likes and hundreds of comments. The Facebook page is almost like a catalog of Zales jewelry and doesn’t really do much in terms of starting a dialog with consumers.

Twitter: On Twitter Zales has 8,800 followers and has tweeted about 2,000 times since it joined Twitter In May 2009. The posts consist of videos, photos and other promotional materials around Mother’s Day. But, unlike its Facebook presence, the Twitter page does ask consumers to join in on the conversation, asking people to tweet their supermom moments using the hashtag #supermom.

YouTube: The Zales YouTube channel isn’t even branded with Zales logos or backgrounds. It has 51 followers and about 900,000 video views. The videos are all past and present commercials. There are just 14 videos uploaded since Jan. 23, 2007.

Mobile site: The Zales mobile commerce-enabled site is accessible by typing zales.com into your phone’s browser. Upon entering the mobile destination, consumers are given a deal for 60 percent off of some Mother’s Day merchandise. Very timely.The site loads fast, but consumers aren’t able to share products they like with one another at all.

Mobile app: Zales does not have a mobile app. This is a miss on the part of the jeweler, who could have had an app as an additional sales vehicle, or done some sort of a utility app, like the Tiffany Engagement Ring Finder.

Conclusion
There is no argument. Hands-down, Tiffany has a better, more though out social media and mobile strategy than Zales. Zales is just shoving products down your throat, while Tiffany posts more than just products. The Zales YouTube channel seems almost abandoned, while Tiffany is on top of its game on YouTube. Tiffany wins on the mobile front too. Zales doesn’t have social functionality on its mobile site and does not have an app. Tiffany’s mobile site is a great experience and its two apps are a great addition to the jeweler’s mobile strategy.