Battle of the Digital Brands: Phelps vs. Lochte 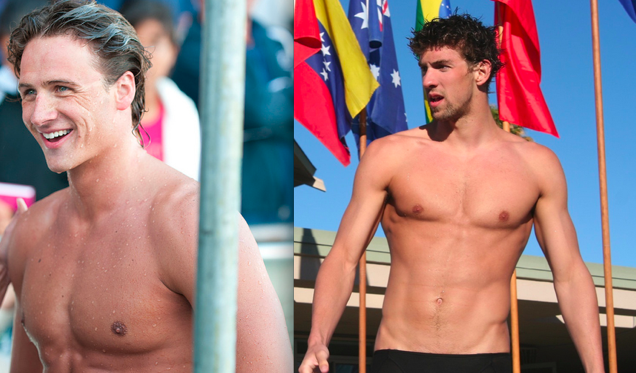 The 2012 Summer Olympics are just around the corner, and the world, once again, will set its eyes on the top athletes of all the participating nations. However, there’s one name that sticks out. Coming off a banner 2008 Summer Olympics, Michael Phelps has some major competition from teammate Ryan Lochte. We decided to see which swimmer leaves the largest wake in the digital swimming pool.

Michael Phelps:
Facebook: Phelps has 5.3 million likes on Facebook with 60,000 talking about him. His timeline image is of him swimming, naturally, in the middle of his calling card: the butterfly. Links on the site are minimal: photos, events, videos and notes, which seem to be marketing packaged as thoughts. This is not surprising, as Phelps has sponsorship deals with Speedo, Hilton, Subway, Visa, Proctor & Gamble, HP, Topps and Omega, among others. But he also uses the notes link to drive people to his charity foundation, The Michael Phelps Foundation, to support Boys & Girls Club and the Special Olympics. His posts range from the authentic (“Thanks for all the messages last night, really happy with my swim. Now onto tonight.”) to the promotional (“Make sure you check out the Hilton HHonors Support the Dream Program!”) to the normal (“Who’s gonna step up in Game 7 tonight? Celtics or Heat??”). If there’s one thing his Facebook page shows, it is that he’s a normal 27-year old who happens to be the icon of his sport.

Twitter: Aquaman has 227,000 followers on Twitter. He doesn’t tweet all that often, maybe several times a week (he’s only tweeted about 1,800 times and his background image is the stock Twitter cloud image). But when he does, he shows he understands the medium. He responds to people, retweets and provides a look into the life of the world’s most famous swimmer (“Well I have always had a prob with waking up from naps… But not possible to sleep through that fire alarm…“). He likes retweeting quotes, but also sets up little contests for his fans. He gets the engagement aspect of Twitter.

YouTube: Phelps is a fish out of water when it comes to YouTube; he doesn’t have a channel. The link here is a YouTube auto-generated channel of Phelps videos. It has 145 subscribers and 9,000 views. Videos on the page go to other channels that have uploaded videos of the swimmer in and out of the pool.

Ryan Lochte:
Facebook: Lochte’s official Facebook page has 130,000 likes and 26,000 people talking about it. This looks for all the world like a corporate site. Posts are self-promotional, referring to Lochte in the third person (“Tonight Ryan Lochte will be in LANE 1 for the 100 Fly finals!! You all know what that means!!!!”) and don’t provide any look into Lochte — his likes, dislikes, etc. I guess that’s why it’s called the “official” Facebook page. His timeline image is what could be considered a glamor shot, as he sits contemplatively in fashionable swimwear besides a pool. Links go to videos, photos and events. Lochte is sponsored by, among others, Sprint, Gatorade, Gillette and Nissan, so it kind of makes sense that this is a corporate-looking site. But in the spirit of social media, this comes up short, especially at a time when fans expect some type of authenticity.

Twitter: Lochte has 102,000 followers on Twitter. But there’s a hitch. His Twitter feed is operated by Wright Entertainment and Sports (and it would follow that Wright also operates his Facebook page). It’s hard to tell which, if any, tweets come from Lochte. Interestingly, whoever is running his account often retweets people from Wright. There are also retweets of his sponsors. If social media is about engaging an audience through transparency, then Lochte is missing the point on Twitter.

YouTube: There are five videos, 53 subscribers and 3,000 views on YouTube. To Lochte’s credit, the branding on the page is consistent with that of his other social networks: all are labeled “official.” The videos are of him accepting gold, training and some behind the scenes access.

Conclusion:
Michael Phelps won a gold medal by 1/100th of a second. In this race, Phelps is more like Secretariat, winning by a huge margin. Sure, the Phelps image and brand is big, but that doesn’t prevent Phelps from showing that he is, in fact, human. Lochte, on the other hand, is all corporate, and in social media, that’s just poor form. Michael Phelps wins the gold medal of the digital heat.