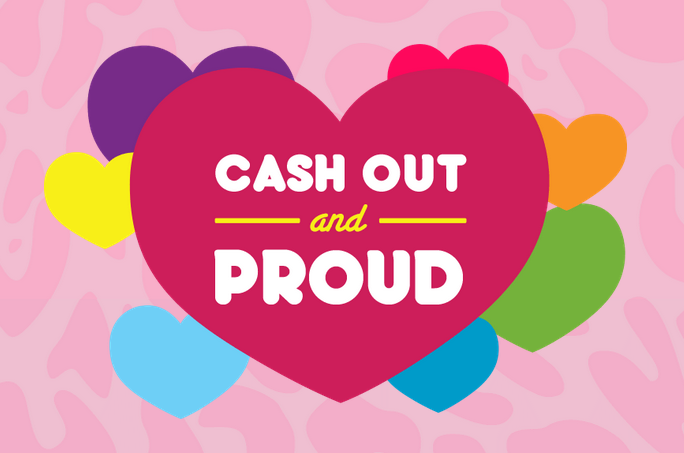 Banks know more than anyone else that money is money. Australian bank ANZ is showing off its sponsorship of Sydney’s Gay and Lesbian Mardi Gras festival with a campaign that makes its ATMs “gay” by decorating them fabulously.

ANZ has scattered 10 different “GAYTMs” around Sydney, including the bejeweled “Hello Sailor,” the mustachioed “Mo’Town,” and the tatted-up “Pink Ink.” The ATMs spit out inspirational messages on rainbow-colored paper.

The  campaign will donate all fees from non-ANZ cardholders to Twenty10, an Australian non-profit group that supports LGBT youth. It is the eighth year ANZ has sponsored the Sydney LGBT event, which runs through March 2.

The effort is a clear sign of the mainstreaming of marketing to LGBT audiences. According to an analysis by Witek Communications, LGBT spending power in the U.S. alone was $830 million. Considering the bill under consideration in Arizona that allows businesses to discriminate against gay consumers, there’s a great opportunity for a U.S. bank to step up to the plate, as noted by one Digiday reader.

Someone should put a bunch of these in Arizona https://t.co/0KEiuD5fq8