ASOS counts down to the holidays with its Instagram Advent calendar 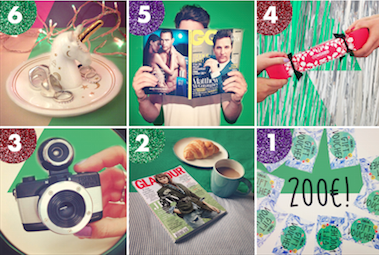 The holiday season has kicked off, and the countdown to Christmas has begun — literally. British fashion and makeup retailer ASOS has launched its holiday campaign in the form of a digital advent calendar on Instagram.

The campaign was lunched across the U.S., U.K., France and Australia on Monday on the handle asos_advent. The different country-specific ASOS accounts will host festive Christmas-themed photos that all lead to the same feed. The photos utilize Instagram’s tagging feature which enables easy navigation between the accounts, similar to Ikea’s catalogue on Instagram from earlier this year.

Through the campaign, the brand is not only posting photos of its own but also encouraging its fans to upload holiday-themed photos themselves. The asos_advent account will post a new photo every day until Christmas and will offer fans a chance to win a new prize daily, ranging from ASOS vouchers, to a camera and free subscriptions and goodie bags. All they have to do is post a picture of their own and tag it using the hashtag #instadvent to stand to win the prize of the day.

“Instagram is a great platform for reaching our 20-something customers, and it’s been our fastest growing social platform for the last couple of years,” Hannah Craik, the social media head at ASOS, told Digiday. “We wanted to do something fun and engaging for our customers over the Christmas period – something a bit festive that tapped into the Christmas spirit.”

To drive more fans to participate, ASOS is working with BrandnewIO, a German company that connects brands with influencers on Instagram.

“We wanted to engage some relevant Instagrammers in each of our key markets in the activity,” Craik said.

Last season, ASOS ran the #tonightis campaign, which was focused on the idea of living in the moment. It asked its customers to build and tweet out their ultimate ASOS wish list with the hashtag #tonightis. The retailer then created a “Santa” Twitter account, which personally reached out to fans and fulfilled several of their wishes.