Are Unpaid Agency Internships Dying Out? 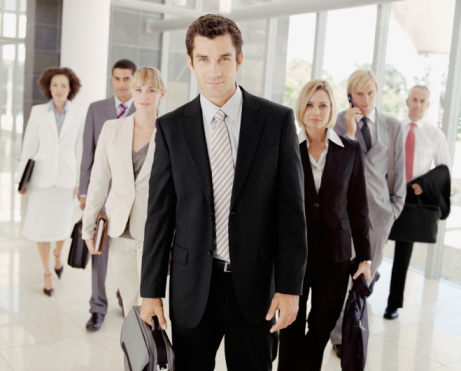 Even in the best of times, the ad industry has relied on unpaid or barely paid interns as a cheap labor source.

There’s an irony, of course, that agencies would assign such a low value to those just entering the industry while they themselves frequently complain that their work is devalued and under appreciated by clients. Meanwhile, top professional services careers like banking and law shower their “summer associates” with lavish salaries and perks. Columbia Law School students are earning upwards of $3,000 a week working at New York-based firms this summer, for example.

Edward Boches, chief innovation officer at Mullen, thinks the practice of unpaid internships, while becoming increasingly rare in advertising, should end completely. Boches, who also teaches at Boston University, said students still ask him whether or not they should accept unpaid opportunities, including some at reputable agencies with “decent creative reputations” in New York City. It is “sleazy,” in his estimation.

“There are still agencies that don’t pay their interns,” he said, but added that the problem is more prevalent among smaller firms. “We all tend to think about the top ten, twenty, or thirty shops, but there are dozens of programs out there full of students and they’re not all going on to the Martin Agency and BBDO. There are an awful lot of smaller shops out there and they should be accountable, too.”

According to Boches, it’s almost embarrassing on the part of the agency if they can’t turn a profit on an intern’s wage. Most creative professionals in the business are billed out at around $150 and hour, he estimated, and suggested that an agency that isn’t smart enough to extract revenue from a $10 or $15 an hour investment probably isn’t worth interning at anyway.

Companies such as Mullen, JWT, 360i, R/GA, Big Spaceship, and MRY, say they pay their interns by the hour for their time, and frequently hire from that pool. They declined to reveal exactly how much they’re paid, though.

“In this day and age we get so much value from the interns because they’ve been living and breathing the Web practically since birth,” said Shannon Moorman, director of creative resources at R/GA. “They bring a sophisticated understanding of things like social media, and to me that’s worth payment right there.”

R/GA’s intern program takes in around 25 people each summer, many of which are then recruited, if eligible, Moorman said. She declined to disclose how much they’re paid an hour, but said their rates are “competitive” with other firms. Agencies regularly hire their interns, so it’s becoming increasingly important to ensure they’re of a high standard.

The cost of paying interns is, of course, less of an issue for a large holding-company property such as R/GA than it is for smaller shops with lesser billings and tighter cash flow. But Big Spaceship vp Mark Pollard, says that’s a poor excuse. The agency employs around 60 people full-time and around three interns at any one time.

“We’re a company that has a conscience about these things, and a moral code. We believe paying our interns is the fair and right thing to do,” he said, adding, “It’s a mutually beneficial situation.” He acknowledged that it’s easy for many agencies to get away without doing so if they want, though.

From that perspective, and given the quality of talent agencies like R/GA claim to induct as interns, interns are a great opportunity for agencies to see some extra margin. Moorman, for example, estimated that 80 percent of R/GA interns’ time is billable, while Big Spaceship, MRY, and JWT said all of their interns are heavily involved in client work.

“Interns want to get to know good people, and get an understanding of what industry is like. It’s critical they go to a place they can have a meaningful experience, but of course it’s also mutually beneficial for us,” said MRY CEO Matt Britton.

Although he questions the ethics of unpaid internships, Boches conceded that they can, however, still be beneficial if they do offer valuable experience, and there’s a real chance of a full-time job at the end of it. “If the only other option is to take an unrelated minimum wage position for the summer, then perhaps it makes sense to accept it,” he said.

But ultimately he wants to see them phased out entirely, and continues to argue agencies and the ad industry should be “clever enough” to make all internships paid. “We should hold ourselves to a higher standard,” he said.