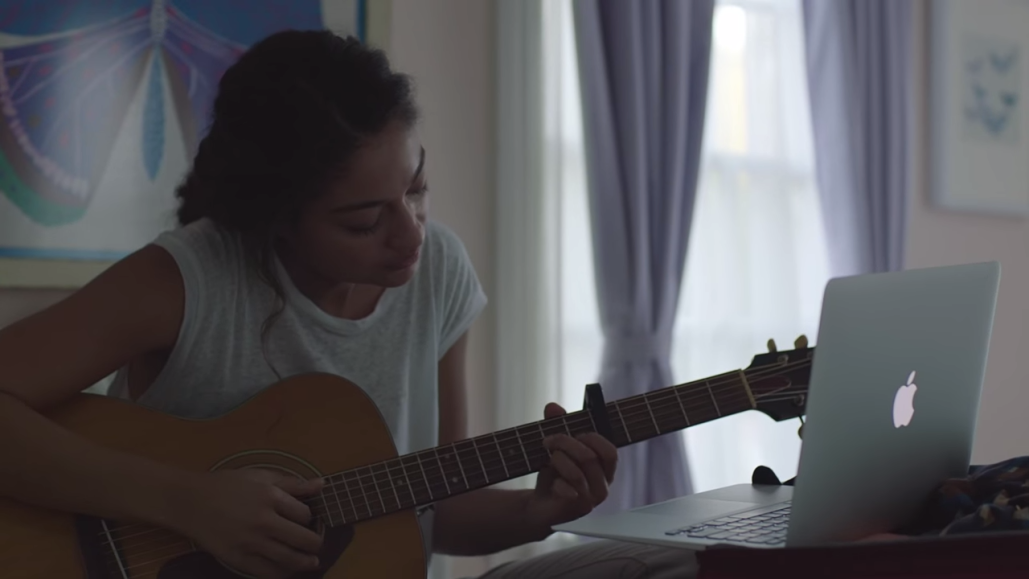 Apple, the world’s “best” brand, according to brand consultancy Interbrand, and one of the largest advertising spenders in the world, has shown with its latest commercial that Facebook can be a much more effective distribution channel than YouTube, the Google-owned site that has long reigned as the leading video platform on the Web.

Apple posted its latest commercial — a holiday-themed tearjerker about the wonder of Macbooks and music — on Facebook on Dec. 14, where it has garnered more than 20 million views, seven times the almost 3 million views the same video has received on YouTube as of this writing.

Digital video analytics firm Visible Measures corroborated the view-count number, saying that as of Monday afternoon, the video had only been viewed just under 3 million times. 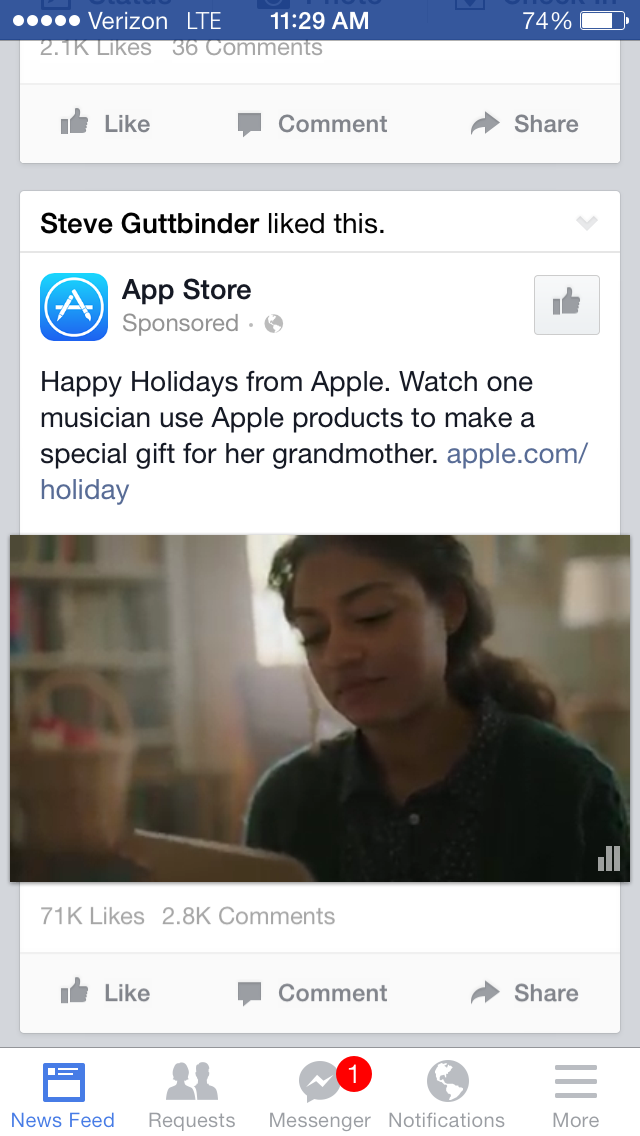 While it’s clear that Facebook outperformed YouTube in this instance, there are a few important caveats to note. For one, Apple paid Facebook to ensure that Facebook users would view the commercial, while all the views on YouTube appear to have occurred organically, thus explaining the significantly lower reach.

Also, Facebook’s video player is autoplay, meaning users didn’t need to hit play to start the Apple video — it started automatically playing the moment they happened upon it in their news feeds.

Facebook has a lower threshold for a view count; it registers a view once a user watches a video for three seconds. YouTube spokeswoman Michelle Slavich told Digiday that YouTube’s threshold for tallying a view is “many more times” Facebook’s three seconds but declined to give a specific number.

Combine those factors and it makes sense that Facebook’s numbers would be higher.

And yet the large amount of engagement — likes, comments and shares — suggest that the video resonated well with Facebook’s audience in spite of those caveats.

Apple has largely shirked social media marketing prior to this year. The success it has found with Facebook’s nascent video advertising product should come as encouragement for the social network as it competes with YouTube for digital video ad dollars.

Apple’s aversion to social media marketing began dissipating this past spring when it launched a Tumblr to market the iPhone 5c, the colorful, low-cost version of its signature smartphone. Then in August it strengthened its social media bona fides by hiring Musa Tariq, former director of social media at Nike, to be its new head of digital media marketing.

Apple’s May 2014 acquisition of headphones brand Beats By Dre also helped strengthen the company’s social presence. Beats is itself currently hunting for a social media director.

Until now, Apple’s Facebook strategy has come across as haphazard. The video was published from Apple’s App Store Facebook page, as the brand does not have a page for Apple proper or any of its other notable products or services.

And oddly, the video ad was not even posted to the App Store Facebook page. Facebook allows brands to create news feed ads — video or otherwise — without having to post them to their Facebook pages. This enables brands to experiment with Facebook ads by testing a variety of posts on different audience segments, and subsequently posting only the best-performing ones to their pages where they will live beyond the duration of the ad campaign.

“With YouTube watch time up 50 percent and data showing that people are watching more ads than ever, advertisers are finding that their campaigns have staying power on YouTube,” the company sopkeswoman added.

Apple opted to not post its video ad — the one that received north of 20 million views — to its App Store page. Rather, it created a separate post of the video for its App Store page. The reasons, however, are unclear. Apple — true to its tight-lipped reputation — did not return requests for comment, and its media agency OMD and creative agency Media Arts Lab declined requests to comment. Facebook also declined a request to comment.

One thing is certain, however: Winning over Apple would be an enormous milestone for Facebook’s video goals.

Correction: A previous version of this article quoted YouTube spokeswoman Michelle Slavich as having said that the video was viewed “many more times” than the view count indicated. Her statement was actually in reference to how YouTube counts views relative to Facebook.