Vine Your Way Onto TV Thanks to Applebee’s 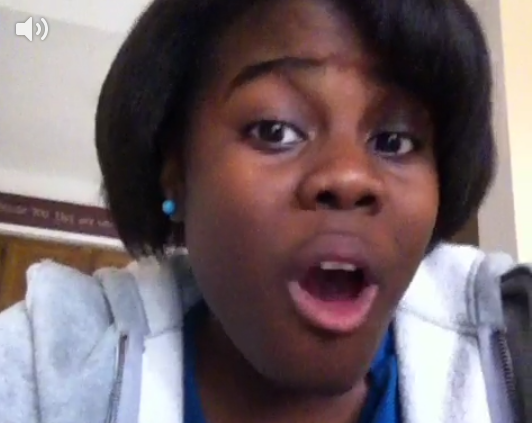 Friends and fans of Applebee’s (we’re looking at you, Chip) can be part of two new TV spots for the chain’s more diet-friendly “Under 550 Calories” menu if they capture their “unbelievable” reactions to the special menu items on Vine.

According to Jill McFarland, senior manager of digital and social media marketing at Applebee’s, the idea came from focus-group sessions for the lower-calorie menu.

“We didn’t tell them it was 550 calories until after, and their reactions were, ‘Oh my God, we can’t believe this,’ so we wanted to figure out how to capture that for the commercial,” said McFarland.

Applebee’s chose to use Vine as the video-submission format because of its six-second limitation and because Vines are easily shareable on Twitter. People who want a shot at getting their “OMG” face on TV have to record and post their reaction on Vine and share it on Twitter using the hashtag #BeeFamous. If Applebee’s likes your Vine, you will get a reply on Twitter from the Applebee’s account sending you to bee-famous.com to follow special instructions to verify your identity and eligibility to be featured in the ad.

This won’t be the first time a brand is putting Vine content on TV. Dunkin Donuts ran a TV ad last September during ESPN’s “Monday Night Football” pregame show featuring animated content posted to Vine from the brand. Airbnb also created an entire short film made up of submitted Vine clips. Submissions will be accepted until Jan. 26. Ultimately, four winners in total will be chosen, and two Vines will be featured in each of the two final TV spots. According to Applebee’s, so far there have been about 150 submissions, which is actually in line with what the brand expected at this point in the campaign — the call for submissions started on Dec. 30. From creating jingles to stop-motion drawings, People are definitely getting creative with their Vines.

“Compared to previous activations where we’ve tried to get fans to give us things in exchange for rewards like gift cards, this is completely outperforming,”  said McFarland. “It’s the chance to be on TV that gets people really excited, and it doesn’t take much time to participate.”

Check the campaign site on Jan. 30 to see if your Vine is among the chosen ones.