Want a mastectomy tattoo? There’s an app for that 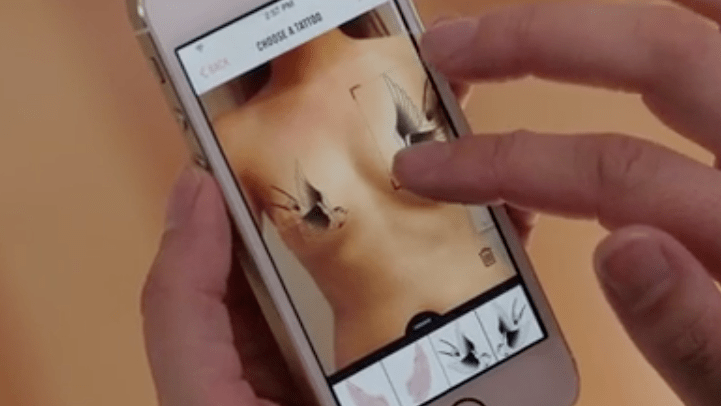 Last year, CP+B vp and experience director Noel Franus began P.ink after his sister-in-law was diagnosed with breast cancer. The online platform was a way to sell survivors on tattoos as a psychological healing option after double mastectomy procedures. It turns out many women find tattoos to be affirming alternatives to plastic surgery for scar coverage or nipple replacement, a way for women to “regain control and take back some of the personal property that cancer stole from them,” he said.

Now, for Breast Cancer Awareness Month, the platform has launched the Inkspiration app, which lets breast cancer survivors “try on” a mastectomy tattoo in the privacy of their own homes. Users can select a body type or upload their own photo, then preview what the design might look like on their chests. The app offers a growing library of tattoo designs and ways to find tattoo artists who have mastectomy experience. [Warning: video contains imagery that some may find unsettling.]

“For all the great awareness and money raised to promote breast cancer awareness, very little of that conversation each October is focused on surviving with it,” said Franus. “But even after you’ve ‘beaten’ the disease, it’s often left its mark in the form of unwanted scars. Given that there are 2.6 million breast cancer survivors in the U.S. today, that’s a pretty significant unmet need.”

Most women who have undergone mastectomie have no idea where to begin when they consider tattoos. Many don’t even initially consider themselves “tattoo people.” Franus said that the “aha!” moment happened when prototypes of the app were shared with survivors.

CP+B also held last year the first ever P.ink Day at Saved Tattoo in Brooklyn, where 10 survivors were given free scar-coverage tattoos. This year, the event will expand to 10 cities, and take place Oct. 10.