‘Anyone can be an entrepreneur’: VC Eric Hippeau on diversity in startups 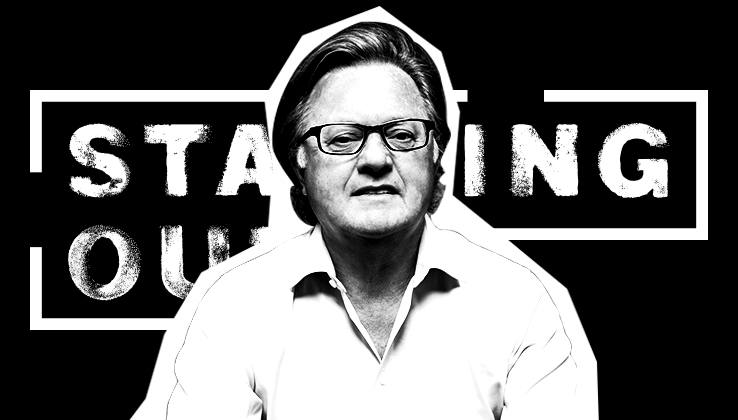 Eric Hippeau, managing partner at Lerer Hippeau Ventures, has invested in many entrepreneurial projects. For him, an important part of deciding whether to say yes to a team is to look for educational or experiential diversity in the founders’ backgrounds. On this week’s Starting Out, Hippeau talks about adapting to different cultures while growing up in different countries and how that informs his business decisions today. Below are excerpts in Hippeau’s own words, edited for clarity.

When I moved to the U.K., I didn’t know English at all. I had to do a crash course in learning English. The best way to do it was to watch television. There was a long-standing series called “Coronation Street.” My first English, I had a bit of a cockney accent because in “Coronation Street,” [there were] lower-class people who had a cockney accent. So I thought that’s how you speak English. In school, they reminded me it’s not the proper Queen’s English.

The most important part of the decision we have to make on whether or not to invest in a new team is their background and who they are. The idea has to resonate, but once we have gone through this discussion and pursue it, where we spend majority of our time is the background of the team. At least half of our companies have at least one founder who was not born in the United States. To try to understand their background, what motivates them, what personal attributes they bring to the equation and what’s going to make them really successful is really important to us. We embrace that kind of diversity.

The very first investment that I did professionally was Yahoo. [Yahoo co-founder] Jerry Yang was born in Taiwan and brought to the United States. He had an Asian upbringing. And [co-founder] David Filo was born in the United States. The company always had a global view. We started Yahoo Japan very quickly. Then, there was Yahoo in Europe and Asia. I’m pretty sure that without the sensitivities of Jerry, we wouldn’t have gone international that quickly and wouldn’t have been that successful.

Nobody is an island. You can only accomplish things in a team. Be clear as to who is on your team, and as the leader of the team, you have to serve them.

We only invest in teams. We’re looking for specific background, not necessarily educationally but experience-wise, that will make that person a strong member of the team. It could be people born in the United States, but have diverse experience. There is no cookie-cutter definition of what an entrepreneurial team should like. It’s wide open. Anybody can be an entrepreneur. They teach entrepreneurship in schools. When I look at that curriculum, it’s nice, but it’s not rocket science. The spirit is something that catches on with you when you’re young because you started a business in high school or college. But sometimes, it’s later. Something struck them in their personal experience, which makes it clear that there is a lack of products or services that they have insights on, that they could provide and that the market needs.