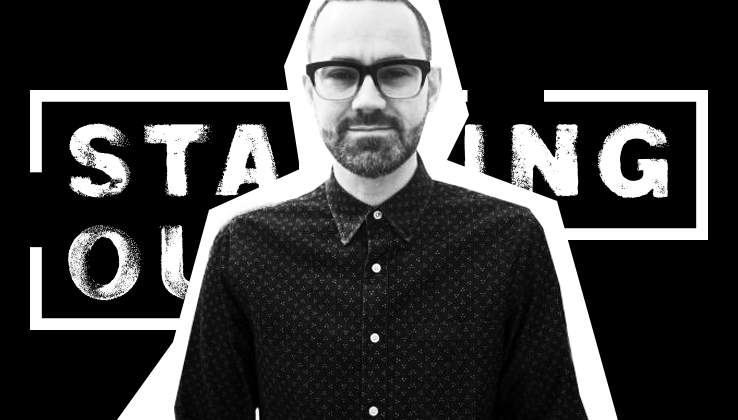 Andrew McKechnie is the chief creative officer at Verizon, where he’s building the company’s in-house agency, 140. McKechnie, who last served as global group creative director at Apple, spent years on the agency side, which he says left him frustrated and more convinced than ever that the agency model as it stands is careening toward irrelevance. On this episode of Starting Out, McKechnie discusses his path to the industry, the problem with ego in advertising and the future of agencies.

I was born in Nairobi, Kenya. My parents moved around every three to four years. [My father] was in British insurance, and he moved to different emerging markets and helped set up offices. Those places happened to be Africa, the Philippines and Indonesia in my early childhood. That’s been super foundational to the way in which I think, and approach things and culture, rituals, routines. I can pivot between cultures. I identify as Asian [partly] because I spent a large part of my life in Asia, including eight years in Singapore, and also lived in New Zealand. I’ve moved around a lot, and that pointed me to marketing because it allows me to flex, move, change and adapt because I’ve had to be OK with it growing up.

I’ve always been experimental. I get bored very quickly. Advertising has been good for me in that respect. I’ve never been a traditional creative, to the agitation of some of my mentors, who didn’t know whether I wanted to be a writer, or in design or what. I had keen interest in both of those worlds. When I was coming to the U.S., my struggle was people didn’t know how to evaluate my work. I was a writer, and I had so much art and design work. I had to overcompensate to show I can write. They wanted to put me in a box: print or film. I created my own title: integrated associate creative director. I had to put that disclaimer in front because people didn’t know what I was, and I liked to do everything. Then, it became a thing, and everyone said, “We need integrated creatives.”

My time at DDB New York was a moment in time for me when I realized that the agency model was pretty flawed. The path forward wasn’t clear for me there. It made me pivot toward going in-house and being part of Apple. I wanted something different, and I didn’t know where I was going to get that in traditional agencies. The model at the time was stuck in a particular way of working. As a creative, I felt I could offer more outside of just being a writer or a creative director running an account. Those things were closer to the business. I was looking to get closer to the product.

A critical piece for creatives in the industry is how far you want to stretch yourself into other areas. When you go in-house, there’s a lot of things you have to strip away from what you learned about advertising when you were at the agency, like ego. Creative ego has been nurtured and has manifested itself throughout your career by the way you’re conditioned in an agency. You’re led to believe that you don’t need a promotion or a bonus because they’ll send you to Cannes or enter you in awards, and you believe it. At the agency, I felt like there was a conflict of intention. What I wanted to achieve was at odds with everyone else.

At school, [my art teacher] told me I wasn’t good. That decision had a ripple effect because then I kept getting shot out of [creative] classes. At the end of school, I wanted to go for fine arts, and that wasn’t an option because “What’s your portfolio?” And portfolio is what you do throughout school. So I thought marketing might work. I went to a business course and majored in advertising. I started learning the business side of things. I excelled in the creative subjects. My mentors were like, “You’re in the wrong place.” So I kept angling more toward the creative side of things.