The Anatomy of a Viral Site Launch 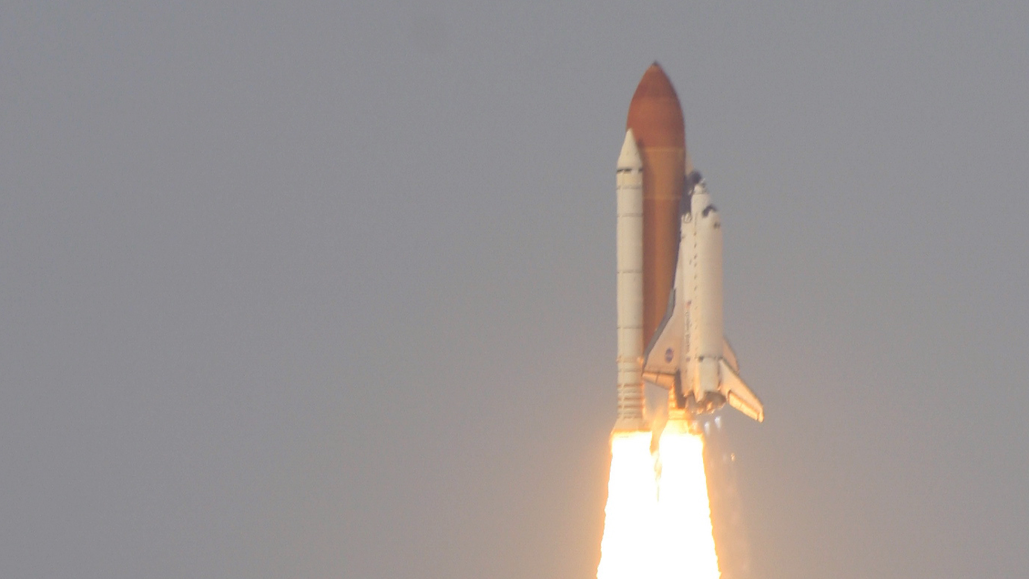 Brands and agencies talk constantly about creating content and experiences with the potential to go viral. In a social media world, it’s all about “earning” distribution, not paying for it, they say.

With that in mind, Digiday decided to conduct a little experiment. We wanted to see if we could create a piece of content that would go viral, and help build the Digiday brand in the process. And we had zero media budget.

The idea
Originality is sometimes overrated. We wanted a meme with a track record. So we took inspiration from What The Fuck Should I Make For Dinner and What The Fuck Is My Wearable Strategy. But there was a twist: We decided we’d build a tool to help uninspired digital media professionals formulate Twitter bios.

The idea was meant to be a way for people to realize the ridiculous lengths others — and, alas, themselves — go to to craft their Twitter bio as neatly and perfectly as a Wes Andersen movie.

The site itself was simple. It mashed up around 300 words and phrases and pieces together a unique profile each time it was loaded. If users were not happy with the bio it produced, they could click to generate a different one. It looked like this: 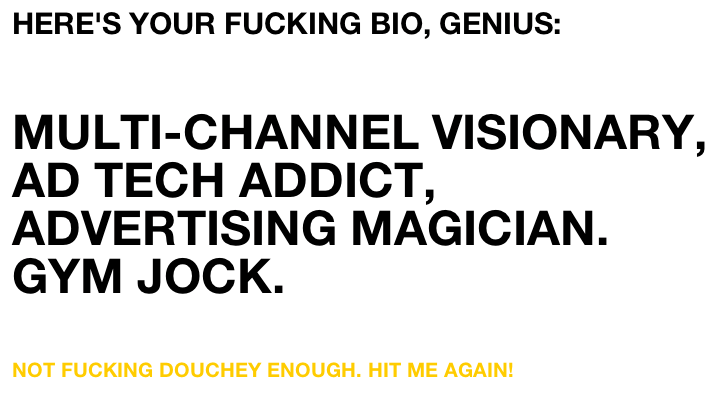 Digiday has no real developer resources. No problem. The site itself was easy to build. Thanks to the open-source WTFEngine by Justin Windle, some cheap Web hosting and a $12 domain registration, WhatTheFuckIsMyTwitterBio.com was up and running in under two hours. Step two was populating the site with content, which took myself and fellow Digiday staffers Saya Weissman and Brian Braiker around an hour each to do. The Digiday branding on the site was limited to a small logo on its bottom corner.

Step three was to let our creation loose into the wild. We began tweeting the url and posting it on Facebook at around 10 a.m. Thursday morning. There was no strategy for when and where we posted it; we just threw it out there when it was finished. There was no complicated seeding strategy, although various Digiday staffers sent it to friends at other media outlets and those with large Twitter follower counts.

The distribution
The site gained traction quickly. Within two hours, it had been shared almost a thousand times and seen by 7,250 unique visitors, according to Google analytics. The initial interest traffic started to dip, however, and by 2 p.m., it had slowed substantially. At that point, we began pushing the site out more aggressively on Twitter from the Digiday account, and also from our personal ones.

That seemed to work. Traffic spiked again, and for the next few hours, we were attracting around 5,000 unique users per hour. The site was also shared by some prominent Twitter “influencers” including Comedian Hannibal Buress, journalist Ezra Klein and even hacker collective Anonymous.

The site was also picked up by a range of blogs and news sites, which further drove traffic, including Tech Crunch, The Daily Dot, Laughing Squid and Trend Hunter, among others. The blogs didn’t drive anywhere near as much traffic as Facebook and Twitter, but every little bit helps. It’s worth noting we didn’t pitch any of these publications, and, as best we can tell, they found it on their own. It helped that many journalists tweeted the link. Here’s data from Muckrack.

The numbers
By midnight Friday, the site had been visited by more than 80,000 unique users in a little over 36 hours, with an average visit duration of nearly a minute, suggesting many users refreshed their bios multiple times. Sixty-one percent of those visits came from the U.S., 12 percent from the U.K., and 6 percent from Canada. Bad Twitter bios are a global problem, evidently.

In terms of social buzz, the site was shared almost 5,000 times on Twitter during that 36-hour period and nearly 4,000 times on Facebook. Meanwhile, the @Digiday Twitter account also gained over 600 new followers, compared with the 180 it would normally gain on a Thursday and Friday in January.

Mentions of the Digiday brand and @ replies to the Digiday account also increased significantly, often as people thanked us for the site. (The second spike in the chart below is thanks to our real-time Super Bowl coverage.)

What we learned
Creating this site was a fun experience and an interesting insight into what brands and agencies grapple with when trying to syndicate their content for free on social platforms.

The biggest lesson for us was that good content works. We didn’t spend a dime promoting the site, and it reached nearly 100,000 unique users “organically.” If we’d paid to promote the site on Facebook or Twitter, the audience might have been considerably larger as circulation snowballed.

Cheezburger CEO Ben Huh had this explanation for the site’s appeal: “Distractions work best when they tell us about who we are. What we use to entertain ourselves is a mirror of our collective mindset. Whatthefuckismytwitterbio.com hit on a few of the nerves in that mind: 1) use of profanity in reflecting the casualness of the social media world to appeal to a specific social demographic, 2) the skewering of overwrought trendy words that Twitter’s 140 limit pushes us to use, 3) the ease of click-to-refresh over and over and over.”