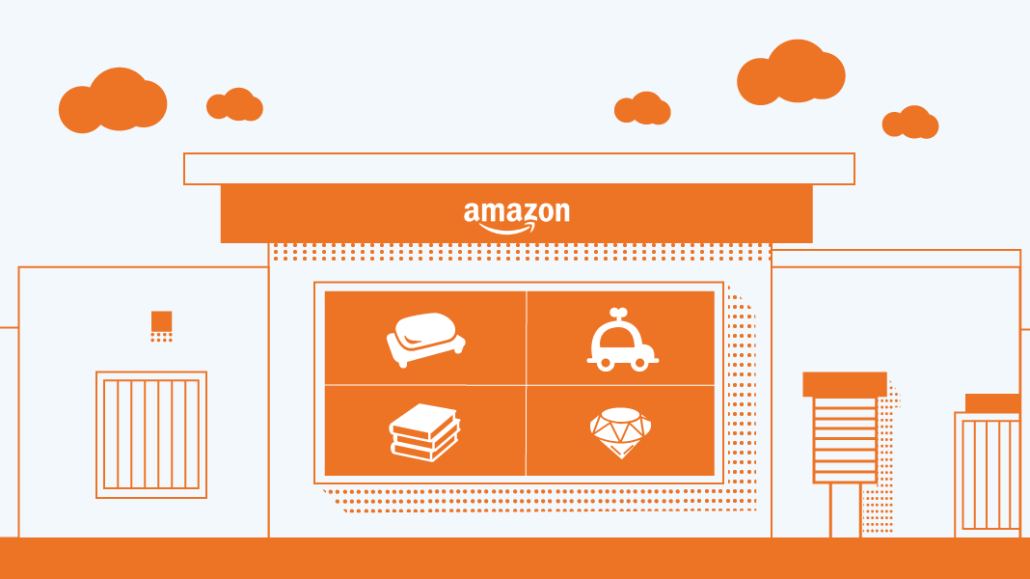 This article has been updated. Please see below.

Amazon, which has gotten its share of flak from small businesses, rolled out a new initiative for small businesses called Amazon Storefronts to give some sellers — and Amazon — a marketing lift by showcasing them in ads and on a dedicated Amazon section.

Amazon is rolling out a TV, social media and digital ad (Facebook, Twitter, Instagram and Snapchat) campaign featuring Amazon sellers. Storefronts also draws attention to how sellers can use Amazon as a marketing tool through featured business profiles (“Storefront of the Week”) and a seller profile section called “Meet the Business Owner,” which include pictures of business owners and personal reflections.

The ads feature Holly Rutt, co-founder of Ann Arbor, Michigan-based The Little Flower Soap Company, who says that Amazon has been an important contributor to her company’s sales.

Amazon’s ability to help small sellers with marketing through Storefronts and other tools is an important asset to encourage small businesses to sell on its platform, said Michelle Grant, head of retailing at Euromonitor International.

But the move doesn’t address issues many sellers have with with Amazon’s lack of responsiveness, suspension of accounts and the inability to rout out counterfeiters.

“I think this is mostly about PR outreach — the majority of Amazon’s sales are driven by the search engine, not by someone browsing to this page,” said Kevin Stecko, founder of 80stees.com who’s been selling on Amazon for eight years. “This is a consumer publicity play.”

Stecko said he stopped listing new products on Amazon because of a consistent stream of counterfeit sellers who would list items on product pages and undercut his margins. Others are complaining about the “ban hammer” — being banned for factors beyond the control of the seller. Instead of measures to stem the factors that cannibalize small sellers’ business, Stecko said Storefronts is a way to convince sellers Amazon is on its side as the brand takes a hit from reports about working conditions and labor practices.

A big chunk of the market is at stake as Amazon tries to retain and grow its third-party seller marketplace. Half of all goods sold on Amazon are from small and medium-sized business sellers. Meanwhile, 19 percent of professional sellers bring in at least $1 million in sales, according to a recent Feedvisor survey. Third-party sales drive revenue for Amazon through fees derived from sales and use of Amazon’s fulfillment service.

According to Chris Allieri, principal at branding consultancy Mulberry & Astor, with Storefronts, Amazon is doing what’s needed to ensure its expansion to new markets and respond to criticism from third-party sellers, especially when much of the growth there will be through third-party merchants. But maintaining a balance between sellers’ and buyers’ needs will be an ongoing challenge.

“The company has taken a hit for shutting down Main Street, but in this move they are bringing Main Street and smaller sellers to them,” he said. “As it has become a $1 trillion retailer, can Amazon be pro-customer, pro-employee and pro-small seller? It’s going to be very, very difficult.”

Amazon Storefronts is the latest step among a series of moves to pitch small businesses, including the launch of its artisanal product-focused Handmade page three years ago and the subsequent rollout of the Handmade gift shop last year. Amazon said Storefronts is not a PR move; rather, it’s a way to respond to customer demand for products from small and medium-sized businesses.

“At Amazon, we always start with the customer and work backwards,” said vp Nicholas Denissen. “Customers love products from small and medium-sized businesses, and we wanted to innovate on that shopping experience and create a dedicated store.”

This article has been edited to add a comment from Holly Rutt, co-founder of Ann Arbor, Michigan-based The Little Flower Soap Company and an Amazon seller.