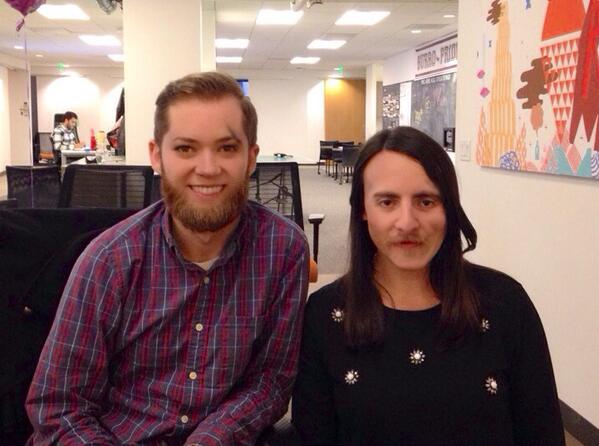 Advertising agencies, like any business today, are expected to have Twitter accounts. And even though agencies are supposed to be on top of all things digital and social, not all agency Twitter accounts are all that exciting, @RGA notwithstanding.

DDB San Francisco only started tweeting from @DDBCalifornia last July — it’s surprising that it took this long — and it has just under 300 followers. In November, copywriter Leslie Shaffer volunteered to take control of the account. Since then, Shaffer has established the feed as a wry voice of agency life.  She regularly tweets out funny musings about agency life, like bodily odors during pitches and weird hand towels in the office bathroom.

Shaffer took time to talk to Digiday about her second job as agency tweeter, what is off-limits and bringing a female voice to Twitter. Excerpts:

Did you volunteer to run the account? How was that decision made?
It was a mix of volunteering and usurping. For a while, each month someone different at the agency took over the handle and tweeted. And when it got to me, I kind of refused to let it go. I was having a lot of fun with it and emailed Chris Chaya campaigning for permanent control. I was shameless and gave him a list of seven reasons why I should be our Twitter voice. Luckily Chaya knows genius when he sees it and was on board.

Are you surprised that more agencies don’t have funny/playful Twitter presences?
I am. We’re constantly edited by clients, and this is a great space to do what we want. It’s very cathartic to tweet as DDB California. So much of what we do everyday is completely ridiculous and frustrating and fun all at the same time. I think people are digging agency twitter accounts that are honest about that. I’ve followed @RGA for years. Mr. Clark has paved the way. A true pioneer.

What can followers expect from @DDBCalifornia?
Self-deprecation, irreverence and probably tweets that are weird stream-of-conscious thoughts that don’t make sense. If you don’t get it, just ask! I may or may not be able to explain. One of my favorite tweets that didn’t get much play was, “You know who’s done a great job marketing their cheese is goats.” Very proud of that gem. Also expect candid female perspective. I believe I’ve already mentioned tampons. It seems like mostly dudes are in charge of these things … but maybe I just don’t know about the other ladies and will find them on your list.

What is something that you wish people would stop doing on Twitter?
I can tell when people write a bunch of tweets and then use an app to automatically release them throughout the day. When you reply, you get no response back for days. That makes me sad.