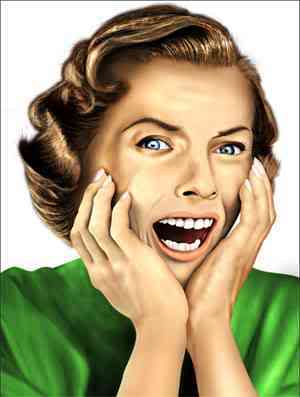 Online media buying is rapidly changing from a process driven by niche expertise, bulk discounts and relationships, to an automated process handled by machines, algorithms and data. But as marketers become savvier about the options available to them, there’s a growing risk that agencies could find themselves marginalized as a new breed of technology-focused media vendors emerges.

As technology continues to disrupt the media-buying process, marketers no longer need to rely on agency partners to procure inventory on their behalf, and that’s putting the typical agency model under increasing pressure.

The report argues that media buying is no longer the sole purview of media agencies and that clients can, and should, evaluate a range of options carefully before selecting partners, including the growing sector of “managed service technology” providers such as demand-side platforms and other ad-management and optimization tools.

That group of companies is increasingly moving upstream, forging relationships directly with clients and increasingly threatening the position of agencies in the media-buying process. What’s more, those companies often have a far more robust understanding of the opportunities ad technology presents than agencies do, despite their claims to the contrary.

“We hear agencies of all stripes talk about innovating for the new era of marketing, but the reality on the ground doesn’t always match the vision they espouse,” O’Connell said. In reference to ad technology, one large retailer reported to her that agencies have “more of a sophomore-level knowledge, not the senior seminar,” she said.

But it’s not as if agencies have neglected the area. Holding companies have invested heavily in centralized trading desks and technology divisions. Despite that fact, agency buyers themselves have little more than a basic understanding of the technologies at play. They’re encouraged to use trading desks as frequently as possible — because of the greater commissions they net for the holding companies — but many are often unaware of what they’re buying, or why.

As O’Connell notes, this is mostly a result of dated agency business models. Most still rely on a percentage of media-based compensation structures, which behoove them to hire cheap, inexperienced media buyers over expensive analytics and optimization specialists.

The agnostic agency story also has holes, as O’Connell recognizes, which is perhaps a more critical issue from a client perspective. Digiday has written multiple stories about the potential conflicts of interest that exist in the agency world, specifically with regards to their trading desks. It appears that clients are now beginning to scrutinize agency behavior more rigorously, which could once again play into the hands of independent ad-tech and trading-platform vendors.

“With the advent of holding company-level agency trading desks, some of which strike marketers as looking like traditional ad networks of old, it leaves us wondering how agnostic agency planners and buyers can really be in choosing the best media and technology partners based on client need,” the report states.

Agencies are struggling to adapt to the new, technology-driven landscape. That’s the crux of O’Connell’s argument. Despite their attempts to innovate and adapt, they’re dealing with legacy business model issues that smaller players aren’t, which is putting them at a disadvantage.

Of course, automated trading remains a relatively small portion of media spend, and there are major issues that need to be addressed before it can grow significantly. Ultimately, though, agencies might need to force the issue or risk being displaced by the nimble and aggressive tech vendors going over their heads as the sector matures.

The trick is figuring out exactly how to do that, O’Connell warns. “We know that agencies want to be better — in fact, 100 percent of agencies we recently surveyed said agencies must reinvent their business models — but most are struggling to get there.”