‘Advertising’s a weird industry’: Wieden+Kennedy’s Neal Arthur on stumbling into a career 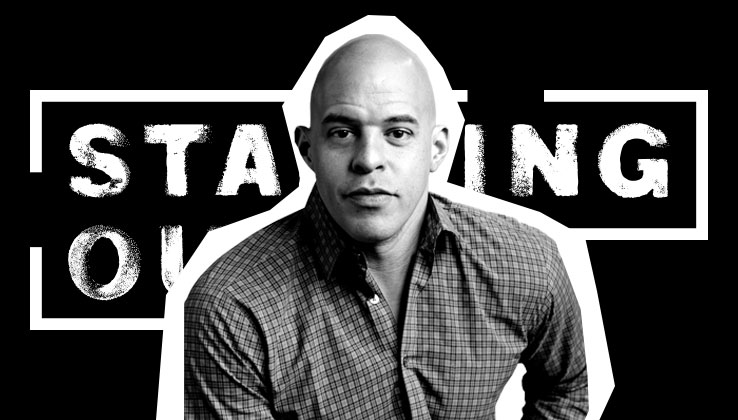 As managing director of Wieden+Kennedy NY, Neal Arthur is an independent spirit who grew up as the only black kid in his California neighborhood. At Wieden and Kennedy, his independence found a home. On today’s episode, Arthur talks about stumbling into advertising, and how the independence at Wieden+Kennedy fuels tough creative decisions.

My dad always wanted to live on a farm, so we did. We ended up in the middle of nowhere. I grew up in a small town in San Diego on a ranch. You couldn’t feel more alien than I did. It was a unique environment to grow up in. No sense of history. I didn’t come from a lineage of farmers. It was figuring out things on the fly. I was the only black kid in the area and I felt like an outsider. My family unit became an incredibly important nucleus.

There were a lot of lawyers in my family and I did go to law school but only for one day. After two years of teaching, I took the LSAT. The first day I was like, “What fuck have I done?” I was aware that everyone was more passionate about the thing than I was. I was out of place again. That moment, I grabbed my books, drove to the beach, waited an hour to make sure I was committed [to leaving law school] and then I called my mom and dad. I knew they weren’t gonna take it well and they didn’t. That was an important experience. When you become an adult, part of that is separation from parents. There was an element of rejection too. [To say that] “I’m not going to do what you wanted me to do.”

I ran into a guy I’ve known for some time and he asked me if I knew about advertising. I didn’t so he told me to check it out. It looked cool so I decided to do it. I flew to New York, I stayed on a friend’s couch in Washington Heights, I put on my only suit, printed up a resume, with my experience like working at with Chili’s, dropout from law school. I thought, “Hell, yeah! I’m gonna crush.” I went into the office building of Saatchi & Saatchi. It was a huge building. I went to the front desk guy and showed him my resume. He’s like “Cool, thanks”. I thought it was done. I did that for two days. Nobody called me back.

Advertising is a weird industry. You don’t benefit from knowledge of or love for advertising. The far more valuable skill and mindset is having curiosity about culture and the world. People typically say I value people’s perspectives outside of this industry. You’re constantly being asked to wear someone else’s shoes. The sample of one thing is never useful. What’s far more interesting or productive is I spent time understanding the audience we’re talking about. It starts with a place of empathy.

Most of the work we do at Wieden is reassessing the problem. You’re basically told to have an honest perspective at all times, have an independence. The independence is everything. There’s always this sense that it’s ok to say the right thing if you believe that. Even if it’s the client getting upset. If you’re publicly held and there’s pressure on growing clients, then your propensity to do good work goes down. Our brand is built around this thing. It’s self-perpetuating, clients want that now.

Advertising as a vehicle is eroding at this moment but brand is still incredibly important. We try to be partners for our clients. It’s about how to make brands relevant in culture. It’s very similar. The manifestation is different. It’s not about the advertising we want to do, but being in the trenches with them. Younger folks in the business now know they know that there’s broader surface area.

When you look at commercial successes, it’s born our of people who live it everyday. Every founder’s story starts the same way. They do everything in their power to make it happen. For agencies, [developing an IP] is a side job. That’s not how it happens. It’s really hard. The best examples come from an incredible passion. There’s tons of ideas but to make that thing a reality, it’s [a long time]. Agency people typically have ADD. Agencies aren’t built to follow through these commitments.