Advertising Week Briefing: 5 themes that will dominate the week 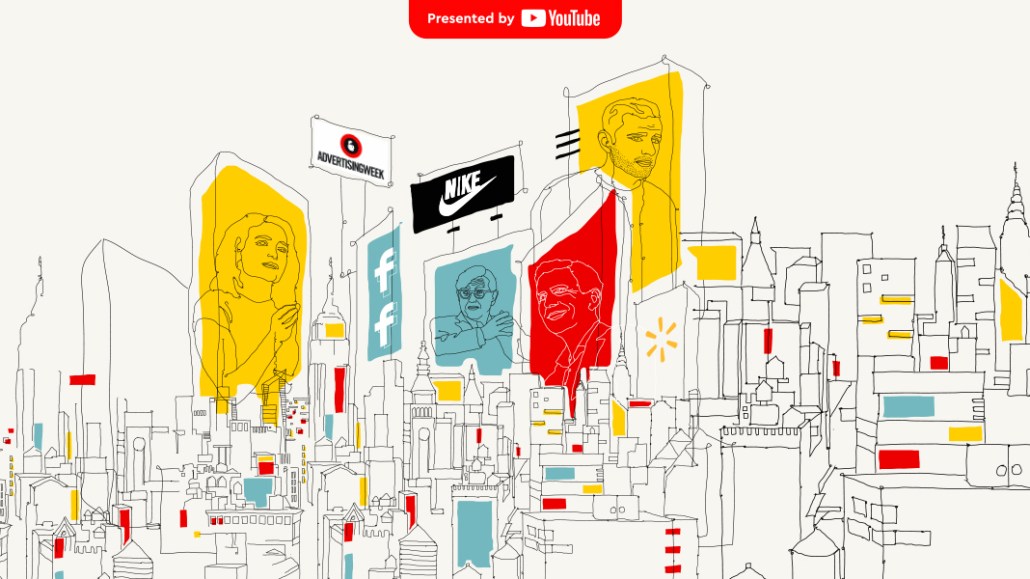 Be prepared to run across the random brand mascot. Advertising Week is back. But the exuberance and dare we say it — insanity — of Times Square is slated to be replaced by what seems to be a more calm venue of an Upper West Side movie theater. It’s pretty fitting, as the theme of the year will inevitable be the reckoning in digital media and marketing, from valuations to the #MeToo movement. Here’s what we believe are five themes that will dominate next week’s conversations.

The WPP reorganization
Mark Read is making his mark on WPP as Martin Sorrell’s successor. The first step was last week’s reorganization that merged Y&R with digital agency VML. VMLY&R (we don’t like it either) is only the first step of Read’s plan to simplify WPP. It’s a necessary move for holding companies, which are now being plagued with a lack of integration and increasing competition from other entities like consultancies and indies — and reckoning with a generation of marketers who are questioning why the promised efficiencies never panned out. For this week, expect more questions (and rumors) about what comes next.

Time’s Up?
It’s the post-#MeToo world. Of course, we expect there to be more women speaking on stage, and it’s not likely that there will be many all-male panels this year. But a consistent theme of Advertising Week is what comes next. Over six months since Time’s Up Advertising — a group that aims to address sexual harassment and gender issues in the industry — has been launched, it’s clear much still remains to be done. The rise of Diet Madison Avenue and other anonymous groups that call out these issues have brought these issues into sharp focus. Expect the week to be filled with panels that seek to figure out how the industry can better address these issues.

The DTC wave
There is a veritable glut of direct-to-consumer brands speaking this year — 25 as per Digiday’s count, and organizers of the conference say that’s about double from last year. (Digiday sister brand Glossy is holding its own DTC-focused event today) DTC brands have powered a retail revolution over the past year, and many in the industry are looking to them for what seems to be an updated way of doing things. Even as they grow, DTC brands are rethinking agency relationships, figuring out new ways to acquire customers and in some ways, freshening up the marketing playbook.

Brand purpose
Brand purpose is back in the spotlight thanks to Nike’s Colin Kaepernick ad, which is becoming a cultural phenomenon in its own right. While brands have been beating the drum around “purpose” for years, many have been thwarted because of tone deaf attempts. (Remember Pepsi and Kendall Jenner?). But the idea of brand purpose — when done right — will take centerstage again this year and we expect brands to be much more comfortable with taking political stances than they have before.

TV’s fight for its future
In some ways, TV is having its own DTC movement. The rise of advanced TV, streaming services and measurement is a hot topic across the Advertising Week schedule. And Disney and Viacom are both having mini events during the week on this. TV is experiencing a shift, and almost every player in the industry is affected by this. Expect this, along with the rise of Netflix and Amazon, to be a hot topic.

What’s in & out
As thousands of media and marketing professionals descend on New York for four days of panels, networking and parties, Digiday has drawn upon decades of collective experience covering the event to create this list of what’s in and what’s out at this year’s event.

Coming Up:
11.30 am: What brands must do to engage today’s conscious customer with L’Oréal, Coty and Coca-Cola. Playbuzz stage.

11.30 am. The CMO perspective on trust and brand safety, with MasterCard and Bank of America

1.00 p.m. New Cannabis: from Seed to Sale on the Culture stage

2.00 p.m. Brick and mortar is alive and well with Alibaba and Petco, Foursquare stage

3.45 p.m.: Google, Target and Xandr take the IMAX stage for a session on “Accountable advertising.”

5 p.m.: Join Glossy for a live recording of the Glossy Podcast with Glossier president Henry Davis on the Culture stage

6.30 p.m. The parade of ad mascots and the official opening gala at the Sony PlayStation Theater. Count Chocula is expected to be in attendance.