Ad World Stuck in the Middle on SOPA 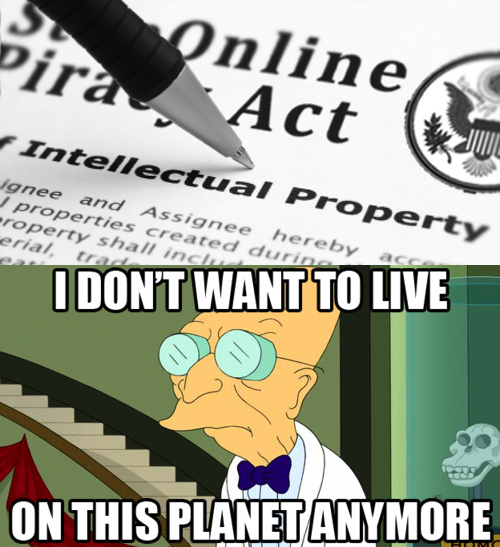 Last week in Las Vegas, the tech and the advertising worlds collided. Seemingly overnight, the Consumer Electronics Show has become a must-attend for ad agencies and their clients. They’re there, in large part, to meet with the tech companies who are already major conduits to consumers — a role that is sure to grow.

And yet the ad world has been strangely quiet on an issue that’s been top of mind to Silicon Valley: SOPA. The Stop Online Piracy Act (and the similar Protect IP Act) has zero friends along Highway 101 and Sand Hill Road. To listen to Google executives, venture capitalists and other tech folks, the bill is nothing less than a threat to the Internet’s existence and freedom as we know it. They lobbied hard to kill the bill — and might have succeeded with the White House’s move this weekend to not support SOPA. And yet advertisers have, for the most part, said nothing. They pretty much want the issue to go away.

That’s because advertisers and ad agencies are still caught between two worlds. They are loath to pick a fight with the big media companies backing SOPA. Many advertisers themselves have a dog in the fight of IP theft, so you’ll find big brands like Ford, Johnson & Johnson, Nike and others listed as SOPA supporters. To these companies, SOPA is important to protecting their businesses. And spoken or not, it is another salvo by the media and entertainment industries at Silicon Valley for profiting from intellectual-property theft. Rupert Murdoch himself took to Twitter, ironically enough, to give voice to this.

“So Obama has thrown in his lot with Silicon Valley paymasters who threaten all software creators with piracy, plain thievery,” he wrote on Twitter. “Piracy leader is Google who streams movies free, sells advts around them. No wonder pouring millions into lobbying.”

Media owners have still not come to grips with how the tech world operates. Where the tech world sees innovations in communication platforms, the media world sees tools for people to steal content they would otherwise need to pay for. Silicon Valley paints its opposition to SOPA as a high-minded stance in defense of innovation and freedom of expression, but it’s hard not to notice that its business models are based on platforms not being responsible for intellectual-property violations. (It’s ironic that Silicon Valley’s rather cavalier attitude toward IP violations doesn’t carry over to its obsession with patenting everything under the sun — and fighting like hell to protect those rights. Just saying.)

Silicon Valley’s where the future is being made, but Murdoch and other media titans are still very important to the ad world. The leading trade associations and figures in advertising have been nearly silent on the issue. I contacted the Association of National Advertisers, the American Association of Advertising Agencies and the Interactive Advertising Bureau about the issue last week. The ANA didn’t respond; the other two said they haven’t taken an official position for or against the bill.

The reason for the reticence, one insider told me, is the ad world’s interests might not align with tech companies like Google. SOPA, by all accounts, isn’t written very well. It is so broad that agencies, for example, could get caught up in enforcement by one interpretation. IAB head Randall Rothenberg sent a letter to Congress warning against the overly broad nature of the act. And still the IAB doesn’t have an official position, according to its policy chief Mike Zaneis. Trade groups for the industry want language tightened to clear it from SOPA’s crosshairs. But if that were to happen, don’t expect the industry to link hands with the tech world.

President Obama’s move against the act seems like it means the worst won’t come to bear. SOPA will be changed, if not scuttled altogether. The Internet won’t collapse, freedom to post cat photos with funny captions will continue. The lasting effect might be the distrust that still exists between the media industry and the tech world. For the advertising industry, operating between these worlds, it will require a delicate balancing act.