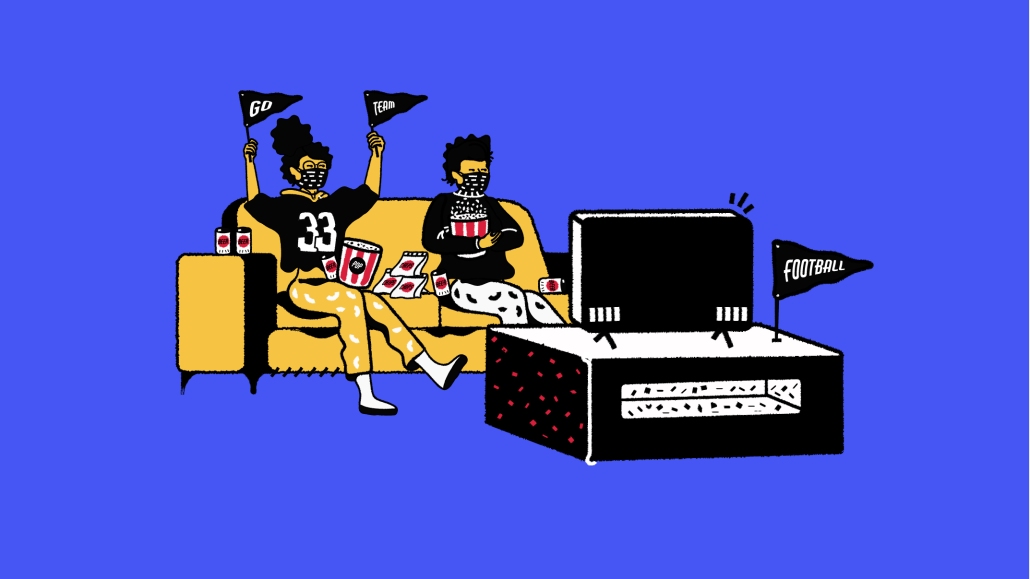 Many of the world’s most influential brands are competing to win over consumers while Qatar hosts the World Cup, soccer’s premier event and a unique opportunity for these brands to get their messages across. One such brand is Coca-Cola. Digiday spoke with Javier Meza, Coca-Cola’s svp of marketing for Latin America, who explained what the company wants to achieve in the multicultural market through its World Cup marketing.

This interview has been condensed and edited for clarity.

What was Coca-Cola’s marketing strategy this time to captivate the multicultural audience that follows soccer and the World Cup?

For Coca-Cola, this world-exciting event is a marketing milestone. This year we created a campaign that builds on the global brand philosophy and the Real Magic platform to encourage and refresh the shared experience of the tournament. With this campaign, Coca-Cola invites soccer fans to experience the Real Magic of Believing during the 2022 FIFA World Cup, generating new, authentic and simple moments of connection that will be remembered forever. We prepared incredible activations, films and surprises for our consumers to enjoy and get excited about The Magic of Believing before, during and after the tournament.

How was the approach and execution of the ‘Believing is Magic’ campaign on social media?

The Magic of Believing has a special chapter for social networks with the Coca-Cola Fan Zone, the digital hub for the 2022 FIFA World Cup 2022. It is an activation designed to elevate the digital consumer experience, offering opportunities for fans to share emotions, excitement, games and memories in support of their teams. The Coca-Cola Fan Zone will include social integrations for fans to share through their own social media accounts. Users can export and share content to third-party platforms to elevate their 2022 FIFA World Cup experience. One such integration is “The Promises,” an experience where fans can customize Coca-Cola packaging with their personal promises and share them digitally via social media or directly with friends. In addition, fans will be invited to visit the social wall in the Coca-Cola Fan Zone, where they can view pledges from soccer fans worldwide.

The Magic of Believing also comes from the traditional Panini figurines. This year, consumers in Latin America can pick up the eight exclusive digital figures. On the other hand, we are introducing Panini’s digital experience, which through eight exclusive soccer players, will encourage fans to share their own inspiring stories through social networks.

What is the Real Magic platform, and how does Coca-Cola seek to keep fans connected before, during and after the tournament?

The Real Magic platform is founded on the idea that magic lives in unexpected moments of connection that elevate every day to the extraordinary. Real magic happens when people come together and what we share is more significant than what differentiates us. And that’s exactly what happens during the FIFA World Cup: it’s a unique connection. That’s why, unlike most traditional campaigns focusing exclusively on the five weeks that the FIFA World Cup spans, Coca-Cola invites fans to believe in the magic of the game several months before, during and after the tournament.

The Magic of Believing experience, with which Coca-Cola will celebrate the world’s most important soccer event, begins with the FIFA World Cup Trophy Tour by Coca-Cola, which officially landed in the region on Oct. 15 in Mexico, a country with a great soccer tradition.

Coca-Cola created six audiovisual pieces for the FIFA World Cup, which will be unveiled during the tournament, along with more than 90 static public service announcements.

Fans will also be able to participate in the Coca-Cola Fan Zone, our digital hub, where they can compete and participate in various activities. And, of course, Coca-Cola’s three-decade partnership with Panini adds another chapter to this edition. In addition to the usual figurines, Coca-Cola presents eight exclusive figures in Latin America for fans to collect physically and digitally. Finally, we will present limited editions of different packaging in selected markets so that fans can feel the Magic of Believing.

Latin America is a region that breathes soccer. Countries like Argentina and Brazil always turn out to be big favorites. Was Coca-Cola’s primary focus on planning the commercial strategy in those markets during the World Cup?

In Argentina and Brazil, as you say, they breathe soccer. In addition to the special activations of the FIFA World Cup Trophy Tour by Coca-Cola, which will remain for three full days in each of these countries, there will be limited editions and special promotions. But undoubtedly, what makes each of the actions we develop in Brazil and Argentina special is the fans’ enthusiasm: the Magic of Believing pulses with its own rhythm.

A real feat it’s the fifth FIFA World Cup Trophy Tour by Coca-Cola, which allows soccer fans around the globe to admire the Original FIFA World Cup Trophy in person and participate in a variety of activities linked to the tour. This year, for the first time, the tour visited all 32 countries that have qualified for the tournament, which adds a special mystique to the tour.

Coca-Cola has launched a hero movie that brings fan excitement to life. What is that strategy, and how do you seek to captivate consumers?

The movie gives you goosebumps. It starts with soccer fans walking down the street drinking a Coke. As they walk, the street transforms into the scene of celebration of their team winning the FIFA World Cup, with all the magic that implies: the chanting, the music, the paper slips, the people leaning out on balconies, the shared excitement… When they finish their Coke, they realize that none of that really happened and that the game is about to begin. And then anything can happen: Coca-Cola gave them the true essence of the Magic of Believing.

In addition to the hero spot, Coca-Cola launched three digital films — “Tattoos,” “Shaves” and “Careers” — can you explain what they are about?

These are three more exceptional films from Coca-Cola to elevate the experience around the pledges and devotion of fans to their countries and teams. In these films, fans pledge to get a tattoo, shave their heads and run to work every day if their team takes home the FIFA World Cup. In addition, each film seeks to inspire fans around the world to share the pledges they make to support their team. Once the 2022 FIFA World Cup begins, Coca-Cola will debut a program highlighting fans’ superstitions during the match. They will also introduce new packaging, let’s talk about that strategy, that new image, and what they are looking for. This is the Coca-Cola Fan Zone, the digital hub with myriad activities. For example, fans can customize Coca-Cola packaging with their personal promises and share them digitally through social networks or directly with friends. Fans are invited to visit the social wall in the Coca-Cola Fan Zone, where they can view other pledges from soccer fans worldwide.