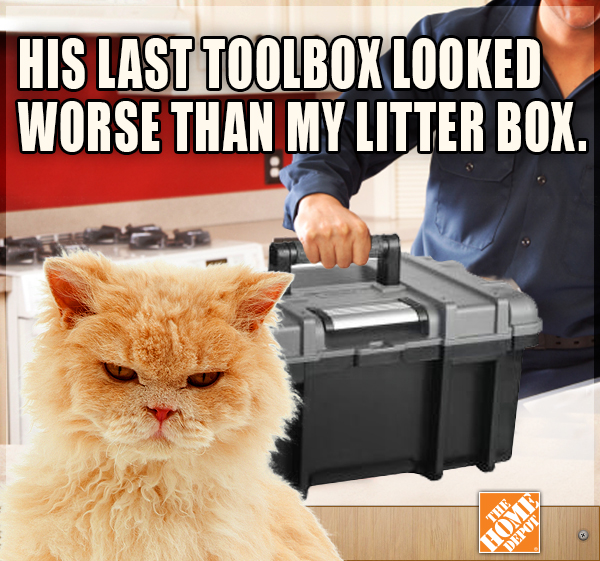 Looks like The Home Depot has caught on to the whole cats on the Internet thing.

The home improvement brand has created a grumpy cat personality, Richard, and his own personal Tumblr where he can complain about his humans and their annoying holiday season practices.

The Tumblr features meme-style Richard pics with his complaints about humans around the holidays, like them not changing his litter box but having time to put up Christmas lights. There are also Q&A type posts of people asking for advice for holidays, like how to outshine the neighbor’s front lawn lights. Of course Richard the cat has knowledge about the best LED lights that you can buy at The Home Depot.

It’s not easy for brands to figure out what to do with Tumblr, if anything at all. Tumblr CEO David Karp is preaching the gospel of creativity, which can be a tough sell to brands that churn out things like toilet paper. Hey, if Home Depot can do it, why not? That’s not to say Richard is perfect. The whole thing feels a bit forced, with Richard just doing the stereotypical “I’m Mr. Smarty Cat and these humans are annoying and silly” thing. But I’m sure people who like generic, cheesy cat humor will appreciate it.