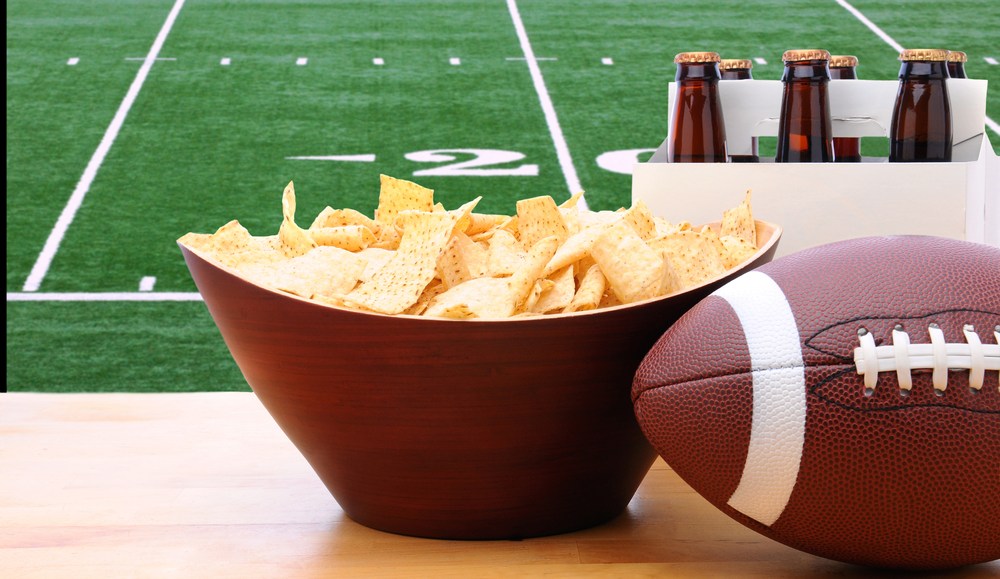 With the Big Game comes an equally big amount of misinformation. Maybe you’ve heard the one that domestic violence increases on Super Bowl Sunday or that it’s the biggest day for beer drinking. And let’s not forget the myth of the half-time flush. The Super Bowl being the biggest day for advertising, there’s plenty of ad-related lore, too.

So, let’s bust some myths:

Myth: The ads are overhyped.
Over the years, research has punched holes in the most expensive of all advertising, the Super Bowl ad. But just because the ads may not lead people to run out and buy the advertised product doesn’t mean they’re without benefits. The research also shows they have higher recall than ads in general and that they’re good for introducing new products.

Myth: Sexy ads sell.
That’s the trope, and it’s hard to find anyone who doesn’t believe it. Like ads in general, many Super Bowl ads have sexual themes. But that might be a misguided strategy, as research by MediaAnalyzer has shown that sexy ads are divisive and that their recall is lower than non-sexy ads. Along those lines, Ace Metrix found that sexy Super Bowl ads score about 8 percent lower than ads without sexy themes (averaging the past five Super Bowls). Same goes for Super Bowl ads with celebrities. Looking at the same time period, Ace Metrix found that those with celebrities typically score about 3 percent lower than ads without any celebrities. The reasons are that celebrities can be polarizing: They’re either not seen as believable users of the product, or they simply don’t fit the brand.

Myth: Everyone’s at a Super Bowl party but you.
If you believe the marketing hype, you’d think the Big Game is all about big gatherings (not to mention big buffets and big hangovers). RealityMine surveyed 2,000 U.S. adults during Super Bowl XLVIII last year and found 70 percent watched alone or with a partner — perhaps an indication that social media has made people feel more connected with others, even if they’re not sharing their company.

Myth: The Super Bowl audience is a marketer’s dream.
With some 100 million people tuning in, the Super Bowl may attract a huge viewership. But consumers’ attention can be fickle. RealityMine asked TV viewers last year to report what they were doing every half hour from 6:00 to 11:30 p.m. By 7:30, Super Bowl viewing had peaked, with nearly 60 percent tuning in. But by 9 p.m., that number had fallen to just above 20 percent, and viewers reporting boredom had peaked (perhaps owing to the lopsided outcome of that particular game). 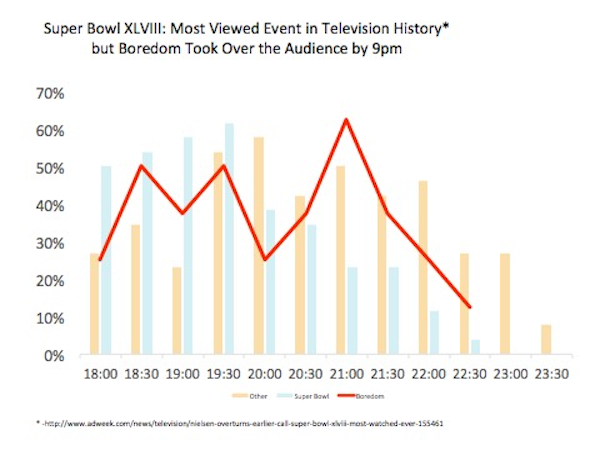 Myth: Wings are the most-consumed food
Mention Super Bowl, and the foods that come to mind are chicken wings, nachos and potato skins (a perception helped by food industry press release-generated stories about the millions of wings and other junky snacks inhaled during the big game). But while people are more likely to eat party food, we’re not as bad as you think. NPD Group says veggies are the most popular food that day, with 27 percent saying they are chowing down on them versus just 6 percent who say they’re eating wings.