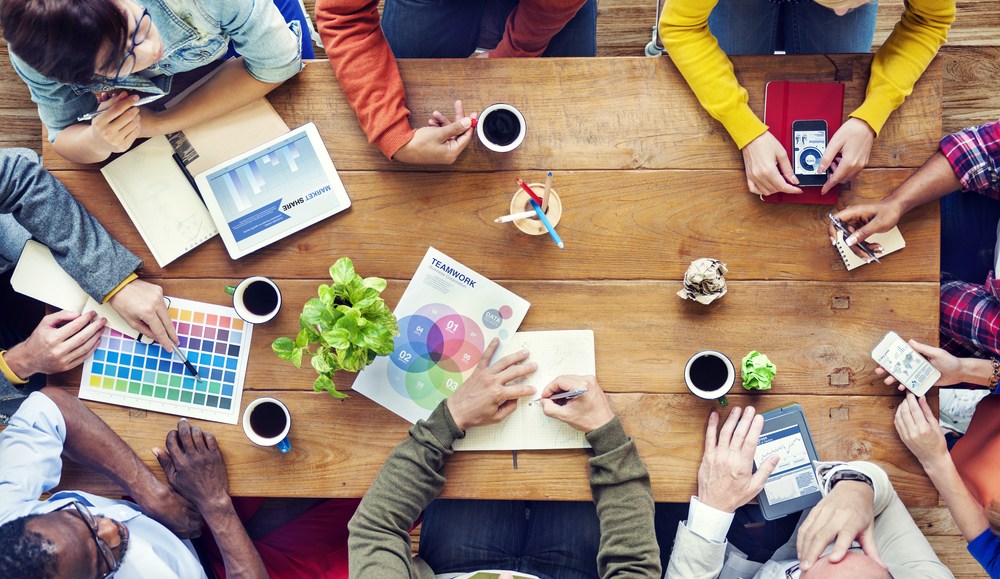 Nothing sucks the creative energy out of a concepting session quicker than the dreaded brainstorming buzz killers. We’ve all been there: the painfully awkward periods of prolonged silence, the desolate whiteboards and that dude who won’t stop talking and let someone else have a turn.

But how do you recover when these bumps inevitably come up in a session that you are charged with leading? Five creatives with brainstorming chops told Digiday how they keep things productive when presented with some of the most common group concepting challenges.

Serena Connelly, group creative director, Rapp New York
Dealing with dominators: When someone is pushing their ideas on the room or controlling the conversation, I actually let them have a soapbox. I acknowledge that they have a lot of ideas to share and then give them the floor for three minutes so that we can hear everything they wan
t to say. It gives them that platform they’re seeking and elevates them so that they feel heard. This helps calm the dominator down, and then you can move on and start directing questions to other people in the room.

Oliver Duncan, group creative director, Vitro San Diego
Breaking the awkward silence: I immediately change the topic and go to something that I know will get people chuckling and chiming in. My favorite go-to question to pose is: Who are the top five best rappers, dead or alive? That usually lightens up the room and gets people talking. Anything that starts conversation and sparks a debate works great. Once you get that Lincoln-Douglas thing happening, people get excited, and it’s easier to jump in and get everyone back on topic. It also helps break the tension and makes everyone feel a little more comfortable about speaking up.

Chris Ferguson, executive creative director, Tribal U.S. New York
Encouraging non-contributors: People are sometimes afraid to contribute in brainstorms because they fear that their ideas may get shot down. If I see that someone is putting something out there with a bit of trepidation, I just write down what they say. Once someone gets two or three of their ideas written up and displayed on the whiteboard it gives them the confidence to keep going and build off of other people’s ideas. It’s been said that there are no bad ideas; I don’t think that’s true. There are bad ideas. But in the context of a brainstorming session, that adage holds true. People begin to feel fearful if they hear ideas being criticized in the room.

Bill Dow, creative director, Cramer-Krasselt Chicago
Generating fresh ideas: Going offsite for a brainstorm really helps with the quantity and quality of ideas that are generated in a session. It’s like a vacation day for your brain when you get to go and “play” for the day. Some of the places where we’ve held brainstorms include a film studio, a photographer’s studio and a rooftop beer garden. We try to build off of the creative energy of the location. No matter where we go, we always do a breako
ut session and split up into smaller ideation groups for an hour. After that, we regroup and brainstorm off of those ideas. This process takes longer, but it results in a much more productive brainstorm.

Rebecca Zdarsky, creative director, Geometry Global – WPP Chicago
Getting remote players involved: Collaborating with remote team members in a brainstorm can be a little sticky wicket. If I know someone can’t be physically present in the room, I’ll ask them to send over some ideas ahead of time so that I can write them up on sticky notes and display them with the other ideas generated in the meeting. I also have someone on hand that is dedicated to taking notes on the remote team member’s contributions. It takes shared responsibility to make it work. Remote team members need to be comfortable being vocal and not feel like they’re interrupting the conversation, and the hosts need to ensure that all their contributions are included in the session.