4 charts on marketing to Middle America 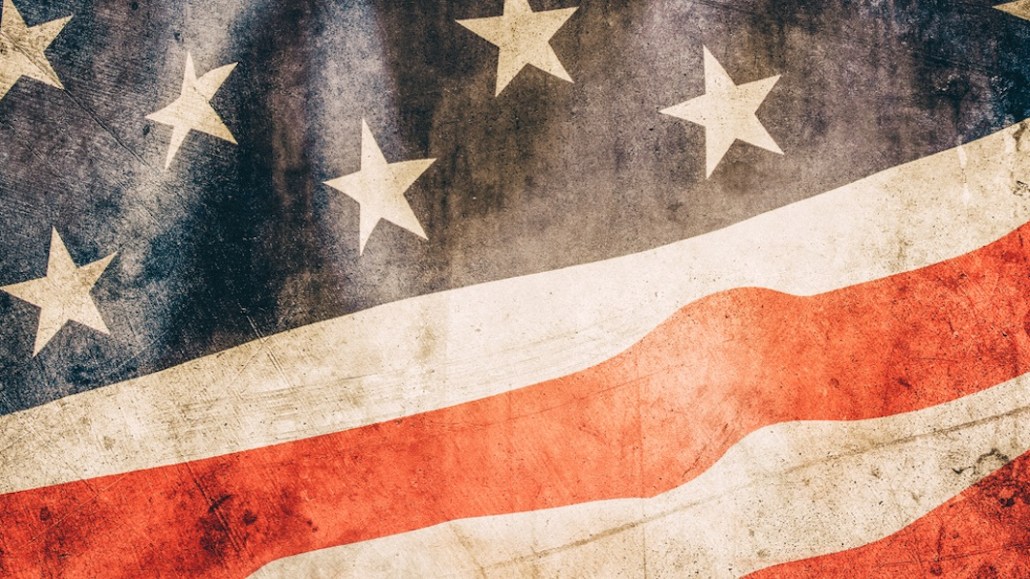 Marketers are newly concerned with the large, diverse swath of Americans who live in flyover country. After the presidential election, there has been a kind of awakening to these customers and the power they wield, as well as the realization that brands and their agencies rarely speak to them.

Here are four charts on those Americans.

In a national survey of 1,800 Americans all 50 states, 26 of which are considered “heartland,” a Fluent survey found that Americans in the heartland are more likely to shop companies that outwardly share or exemplify “core values” that they ascribe to.

Importance of values
Create your own infographics

Data also found that all Americans valued quality of product, but for heartland customers, brands that produced goods in the U.S. were valued more.

How coastal Americans and heartlanders shop differs slightly as well. Shopping is a more “social” activity for those in the heartland, so that group is likelier to hear from friends and family about new products, according to Fluent CMO Jordan Cohen.

How people learn about new products
Create your own infographics

“The one key takeaway is that not so much that advertisers should spell out beliefs in their advertising, but that they need to keep audiences in mind when designing that message,” said Levina.

“The large differences are when it comes to media consumption,” said Levina. Data supports this. Overall, 57 percent of Americans said they made an online purchase in the past six months, and 43 percent made a purchase on their smartphone in the same time. But heartland Americans are less likely to buy things online.

Online purchases
Create your own infographics

The way customers think about brands is different, too. Urban and suburban dwellers — whether in the heartland or on the coasts — care about branded things and will pay for a brand name. “Rural” customers don’t as much, creating an opportunity for brands to change messaging to focus on price.