4 branding challenges for the NFL 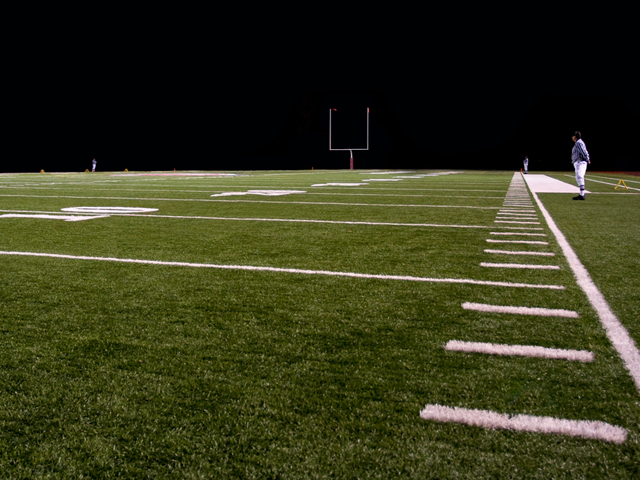 Can anything tackle the National Football League? It’s a testament, perhaps, to the power of the NFL that even something like a pre-season game can bump one of television’s biggest events, the Emmys, from a decades-long Sunday slot to a weaker Monday evening schedule.

Despite myriad challenges that threaten to weaken the football juggernaut — from head injuries to the Redskins’ very name — brand experts doubt that at least in the short term, any of them will actually make a dent in this multi-billion dollar industry.

“There are three ways the NFL makes money,” said Oscar Yuan, partner at Millward Brown Vermeer. “Merchandising, ticket sales and broadcast rights. The issues, serious as they may be, will not cause people not to watch the games.”

In fact, Yuan thinks that in the short term, the NFL’s problems may actually generate more interest. “If you hear about a player and some issues he’s having, it actually generates energy around it.”

Be that as it may, here are some very real long-term problems the NFL is facing as it prepares to kick off its newest season:

1. Concussions and player safety
Growing concerns about the innately violent nature of football and its long-term effects on players’ health have been an ongoing issue for the League. While the NFL has spent a lot of money and time researching the issue, it has also been accused by critics of hiding evidence of the correlation between football-playing and brain problems.

Hunter Hillenmeyer, a former Chicago Bear who is also a major figure in the concussion-awareness movement, said that things have changed in the last few years. “The attitude about a concussion, from the definition of what it is is to how it’s diagnosed and treated has changed dramatically,” he said. “That’s great, but the NFL is in this PR nightmare where there is this need for constant spin doctorism.”

Hillenmeyer said that if he tries to go to a “small town in Texas” to speak to young football players and families about the dangers of the sport, they’d look at him as if he said something “blasphemous.”

“The NFL gets a lot of interest from kids who play football in high school,”said Yuan. “But there may be a gap in the fan base in 10 or 15 years when kids who are pulled out of football now due to health concerns grow up not to be football fans.” National youth football program Pop Warner reported last year that it saw participation fall 9.5 percent between 2010 and 2012, the largest two-year decline since it started recording the data. Head injuries were thought to be the No. 1 factor contributing to the decline.

This summer, a judge granted preliminary approval of a deal where the NFL would compensate thousands of former NFL players who had head-injury-related claims. A $675 million cap was removed — the judge, Anita Brody, had previously asserted that the amount was too little.

2. Women
With 44.9 million women tuning in to the Super Bowl last year and research showing that 45 percent of its fans are now female, the League is catering to that base. A new line of women’s NFL apparel for the first time actually resembles sports jerseys (and aren’t bedazzled, or pink), and got people like Condoleezza Rice and Jordin Sparks to model it. And a Marie Claire partnership will this year result in a revamped “Girl’s Guide” to football in the September issue.

But the league still has a ways to go wit

h women. One problem is the lack of female referees: There are only two female officials in the League’s development program. Another problem is more disturbing. When video surfaced of Baltimore Ravens running back Ray Rice allegedly hitting his then-fiancée in Atlantic City, a debate was ignited over how the League handled the issue. Ravens coach John Harbaugh said the incident was “not a big deal.” The relatively lenient response didn’t help either, making many women — especially those particularly aware of their own purchasing power — feel the NFL just doesn’t care about them.

@JimTrotter_NFL Don’t you worry.. We female fans can read, have long memories and credit cards. :( @nflcommish smacked all women in the face

As for the women who actually get on the field, football teams like the Oakland Raiders, Dallas Cowboys and the San Diego Chargers have come under fire for withholding pay from cheerleaders and fining them for lapses like bringing the wrong pompoms to practice.

3. Misbehaving players
Off-field incidents like Rice’s could, taken cumulatively, damage the NFL brand. The Cleveland Browns’ Josh Brown was arrested for driving while drunk this summer while already trying to appeal a one-year suspension from the League after he tested positive for marijuana. Last year there were more: The Patriots’ Aaron Hernandez was charged with the murder of his friend, Odin Lloyd, while the Browns’ Ausan Walcott was charged with attempted murder. Some think that the NFL needs to keep an eye out on their players even in the summer.

Why the NFL is a joke: Wife beater gets 2 game suspension. Weed smoker passes 70+ tests and then has a small trace and gets 16 games

4. The Redskins
The League itself might be powerless to do anything about this, but the ongoing media furor over the Washington Redskins isn’t doing it any favors. Pressure is mounting on the team to change its name, which is offensive to many both inside and outside the Native American community. Many media outlets now no longer use the term: just last week the Washington Post’s editorial board announced its own boycott of the name.

Yuan said that he doubts this issue has actually turned people off from watching or engaging with the game. “The thing about sports is it’s not a tradeoff,” he said. “It’s not like BP and an oil spill. If I decide not to watch the NFL, I don’t have a replacement.”

The only thing Yuan is most concerned about is if a movement starts on social media boycotting the NFL for any of the above reasons. “It’s a very plausible thing,” he said. “More positively, we saw it with the Ice Bucket Challenge and how quickly it inspired action. It can also work the other way.”