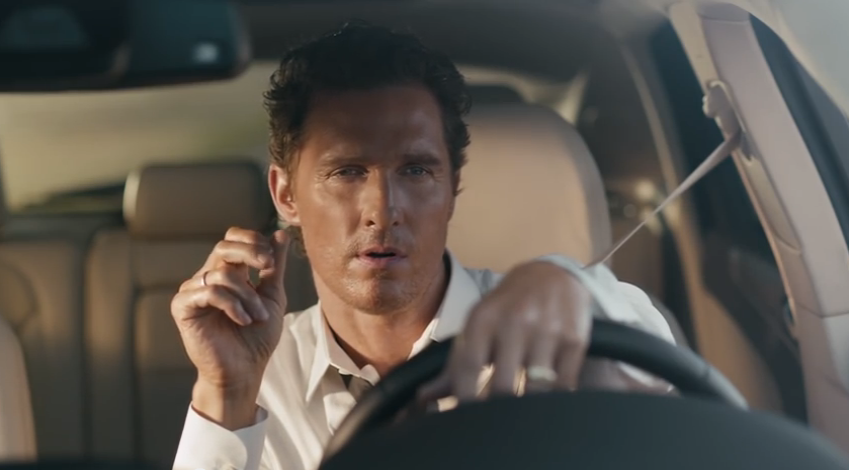 It’s almost Halloween. Americans are set to spend $2.8 billion on costumes this year, according to the National Retail Federation.

But here at Digiday, we’re all about saving you money. Not really, but don’t be one of those schmucks that goes out and buys a $59.99 “sexy Olaf” costume. Instead, delight your ad friends and irritate your normal ones with these marketing-themed costume ideas from top creatives.

Costume Idea: Matthew McConaughey from the Lincoln commercials
What you need: White shirt, black tie and a steering wheel cover

Walk around with the steering-wheel cover in one hand, and, in the other, make tiny rolling motions with your thumb and first two fingers — like you’re rolling an imaginary tiny tennis ball. As you mingle, only say things like “I know there are those who say you can’t go back. But yes, you can. Just have to look in the right place,” “That’s a big bull,” and “1,800 pounds of ‘Do whatever the heck I want.'”

Stick lure on head, then haphazardly stick inflammatory content, news or video grabs on your body. Talk about how many shares you’ve gotten this week.

Some trends, for some God forsaken reason, just will not die. One gimmick used way too often in advertising is the QR code. It’s like a toothless zombie — relentless, annoying and unproductive.

Evan Thompson, senior copywriter, The Martin Agency
Costume idea: Sponsored post
What you need: A square frame and a marker

Write “sponsored post” on the bottom of the frame, throw on a branded t-shirt. Any will do. Collect compliments.

It’s just like the Grim Reaper, but you carry around a tombstone that reads “Prankvertising” because, you know, that stuff is so dead now.

Draw a banner ad on cardboard, wrap the tape around yourself, and put the thermometer in your mouth. Infect people by touching them as you walk around.

DDB California
Costume idea: Agency Spy
What you need: A giant sandwich board and an attitude

Walk around criticizing others’ costumes and get personal. Really personal.