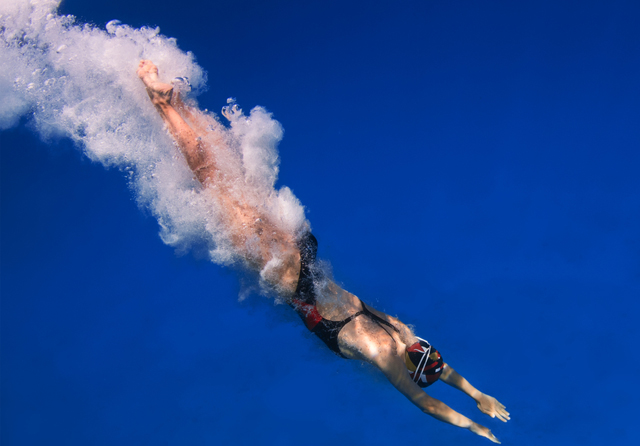 Businesses have always created economic value by solving for inefficiencies. Today, digital technology makes markets more efficient than ever, threatening businesses built to take advantage of yesterday’s inefficiencies. Make no mistake: We’re in the midst of a revolution. One that, like it or not, is well under way in the advertising agency business.

Historically, agencies took advantage of the inefficient ways people communicated through a few analog methods. If you had a car to sell, it was inefficient to put a sign on it and drive it around town hoping that the message found its way to the right person. That inefficiency created economic value for agencies by creating a marketplace of scarcity — of media and of talent.

In scarce marketplaces, closed systems work well. They generate lots of revenue and profit. But the media landscape has changed, and agencies have reacted by bolting more disciplines, services and people onto the existing agency model in an attempt to artificially maintain that sense of scarcity and open up new revenue opportunities. They’ve created indefinable mythologies around their leaders — names like Ogilvy, Chiat and Bogusky: myth-making in the name of competitive advantage.

The results are structures that aren’t sustainable.

Sooner or later, innovation in a closed system — a paradoxical idea in itself — becomes incremental. Complacency and preservation of the status quo becomes the operating paradigm. Unfortunately, clinging onto that status quo creates the kind of issues that agencies are known for: passive/aggressive behavior, arrogance, overcharging and under-delivering. And restless clients.

The truth is, our industry became irrelevant yesterday.

This abundance challenges the foundations of how agencies are run. And if agencies don’t change, they will follow other media industries — newspapers, music, publishing — back to 1950s revenue levels.

An abundant and open world demands an open agency business model — systems that are not only more dynamic but also more competitive, and technology that allows them to be more open. This will result in competitive advantage framed in the context of inspiration, collaboration and curation.

Open agencies have the ability to be in sync with their clients in a way that a closed system never will. They swim with the current of change, instead of pushing against it in an effort to preserve an outdated model. For agencies to thrive, there need to be some guiding principles:

1. Flatten the organization structure. Don’t look at employees as financial resources. An open agency should have a number of thought leaders at the top, a number of doers at the bottom and very few people in the middle. A model driven from the bottom-up.

2. Be Radically Transparent. Have once-a-month transparency meetings where everyone in the agency gets to see everything, from the work to the financials. With clients, be totally transparent on where things are and how to save money and time working together. Transparency is the fastest way to grow trust.

3. Move from managing by command and control, to inspire and support. It takes courage to change the way you do things. There is insecurity in creating an open agency. There are fewer places to hide. Focus on getting everyone on the team involved by inspiring and supporting them.

4. Be ruthlessly agile. An open agency can be messy. It takes a committed team and a philosophy of ruthless agility. Move fast, fail fast. And once something works, build it fast. Whole paradigms will shift. Accept it. Take advantage of it.

5. Allow ideas to come from everywhere.  Crowdsourcing scares the hell out of most agencies and holding companies. But it’s nothing more than a tool that allows ideas to come from anywhere — internally and externally. Set up digital and physical ideation sessions. Capture them digitally.

6. Do less with less.  As the cost of making things drops, think about making things first. Build something. Make a prototype for a client instead of presenting it.

7. Create the right culture. Blow up the world of closed meetings and hierarchy. Sit everyone at the same table. Hold meetings in the open. Think like a startup. Give before you get. Allow everyone to ask forgiveness, not permission. Leave the culture-killing politics at the door.

8. Have a purpose.  A purpose will not only serve as a rallying cry to everyone in the company, but it will also be a lightening rod for the kind of thought leadership that leads to great client and talent recruitment.

9. Focus on transformation, not innovation. Innovation needs the ability to pivot and fail. And then pivot again. Don’t make innovation an underfunded appendage. At the core of an open agency is changing before you are forced to change.

10. Change the compensation model.  Underlying it all is the current misalignment of incentives. Open agencies must figure out how to be rewarded for the commercial impact of their work. A revolution in more open, aligned compensation models will drive many of the changes that need to be taken for open agencies to thrive.