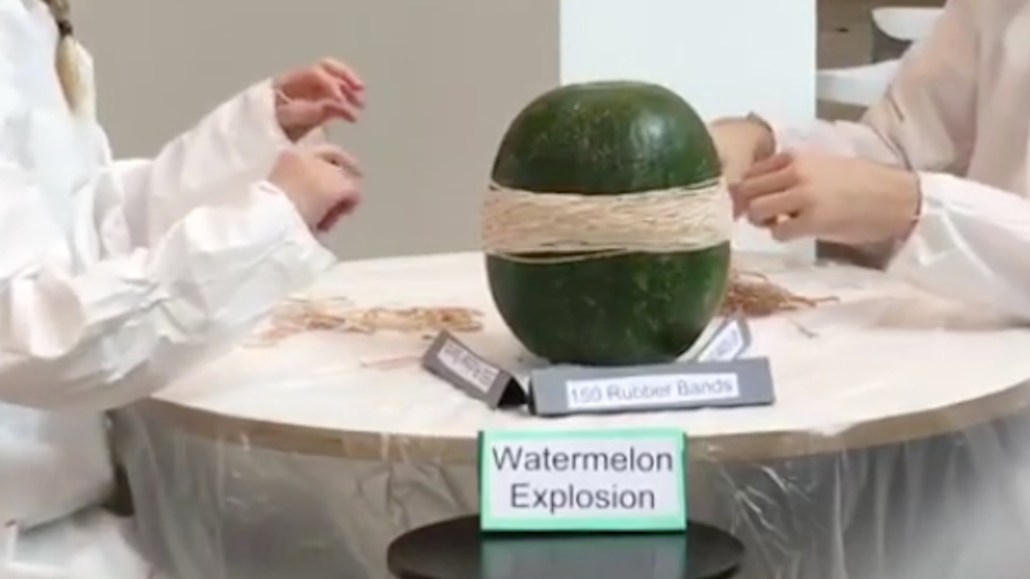 Many publishers are turning to video to make up for the cratering display advertising market.

Take Facebook Live. Mark Zuckerberg & co. paid celebrities and media companies more than $50 million last year to produce content for Live and kick-start the feature. But by paying for quantity instead of quality, there were many high-profile instances of Facebook Live being used for bottom-barrel content such as The New York Times’ behind-the-scenes look at a fake pitch meeting, the New York Post challenging reporters to eat three pounds of cheese and one of Gawker’s editors explaining all of his open browser tabs. Of course, the feature’s signature moment was BuzzFeed blowing up a watermelon with rubber bands.

A year later, Facebook Live has yet to catch on in the mainstream and instead has its hands full dealing with horrific incidents such as sexual assaults and suicides being live streamed. The company will reportedly not renew any of its Facebook Live deals.

The problem of maintaining quality while scaling quantity is not limited to Facebook Live.

Short-form video has become the latest shiny object in digital media, as 89 percent of publishers polled in Reuters Institute’s annual prediction report for 2017 said they will be focusing on short social video this year.

“Video is the preferred way of being informed and being entertained online,” said Jamie Mottram, the former head of social at Gannett, who noted this change came about as Facebook’s news feed evolved into a video-heavy platform.

Michael Ferro, the chairman of Tronc, told The New York Times last year that he wanted the publishing giant to go from publishing a couple hundred videos a day to 2,000 every 24 hours.

One easy way to scale video is to automate the process. Companies like Wibbitz and Wochit offer services that scan text articles and transforms them into video clips by pairing related footage, text and music together, all via automation. Top publishers like Time Inc., AOL, TMZ, CBS Interactive and and Rodale take this approach.

“The data came back very quickly that text-to-video alone, if you don’t touch it, consumers can quickly recognize it is not a high-quality product,” USA Today Sports’ general manager Chris Pirrone told The New York Times last year.

Other automated videos take a couple seconds worth of mindless content and expand it into a minute or more of unnecessary footage, such as Business Insider’s “8 terrible email sign-offs everyone should avoid” that advises you not to use “TTYL” or “TAFN” in a business email. Thanks, BI.

“I do think that’s an issue,” Fox Sports Digital svp Mark Pesavento said. “The tools are as powerful as you allow them to be. It can create good content and it can create bad content.”

However, the biggest problem facing publishers pumping out short-form video is not knowing when they can make much money off them. Facebook is now giving signals it wants longer content, all the better for mid-roll ads it is introducing.