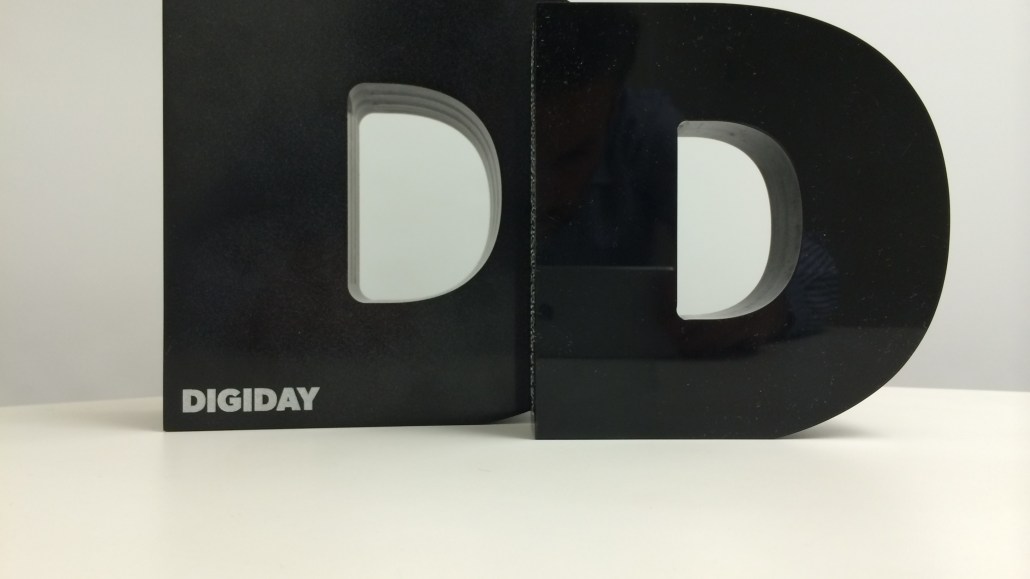 The Onion and UrbanDaddy each received four finalist nominations in the fourth annual Digiday Publishing Awards, created to honor overall excellence and breakthrough achievement in publishing in the last calendar year.

At the Digiday Publishing Awards Gala on April 23 in New York City, Digiday will award the publishers, brands, agencies and platforms that are pushing our industry forward. To learn more about judges and judging criteria, see here.

UrbanDaddy received nods in three different categories – “Best Advertising Innovation by a Publisher,” “Best Design” and “Best Use of Mobile by a Publisher” – for four different campaigns: an image-focused editorial series, an innovative microsite and two mobile applications.

Mashable, Quartz, SheKnows, GE, and Vox were all close on Gravity’s heels with two nominations each.

The full list of finalists is available on the Digiday Publishing Awards site and is listed below. The winners for all categories will be announced at the Publishing Awards Gala at City Winery in New York City, April 23, 2014. We hope to see you there.

Best Branded Content Integration by a Publisher
Citi and LinkedIn for Professional Women’s Network on LinkedIn
Everyday Health for Eating for Health Custom Destination Created for the Bison Council
Google and Huge for www.google.com/think
The Atlantic in Partnership with Volvo & Havas Media for Volvo’s Joyride
The Onion for YouTube’s April Fool’s Day

Best Editorial Achievement by a Publisher
Business Insider for “The Truth About Marissa Mayer: An Unauthorized Biography”
National Journal for The Next America Program
SheKnows for Special Needs Coverage
The Onion for “This Is What World Like Now”

Best Use of Native Advertising
BuzzFeed, Turner Media Group, and TNT for “Mob City”
The Onion for “Tough Season”
The Weather Channel with Disney Studios for “Oz: The great and Powerful”
Vox Media, Inc. for The Verge 50

Best Use of Social Media by a Publisher
MarketWatch for Earnings Wall
Refinery29 for The 2013 Adorbs Awards: The Search for America’s Cutest Pet
The Onion for “Diamond Joe Biden: Presented By The Onion”

Best Use of Video by a Publisher
AOL for www.MAKERS.com
National Public Media for Center Stage
PopSugar for PUPSUGAR’s LIVE! Emmy Viewing Party
Vox Media, Inc. for Jaguar’s Life in the Machine on TheVerge.com