HBO Max, Degree and Verizon are among the 2021 Digiday Awards finalists 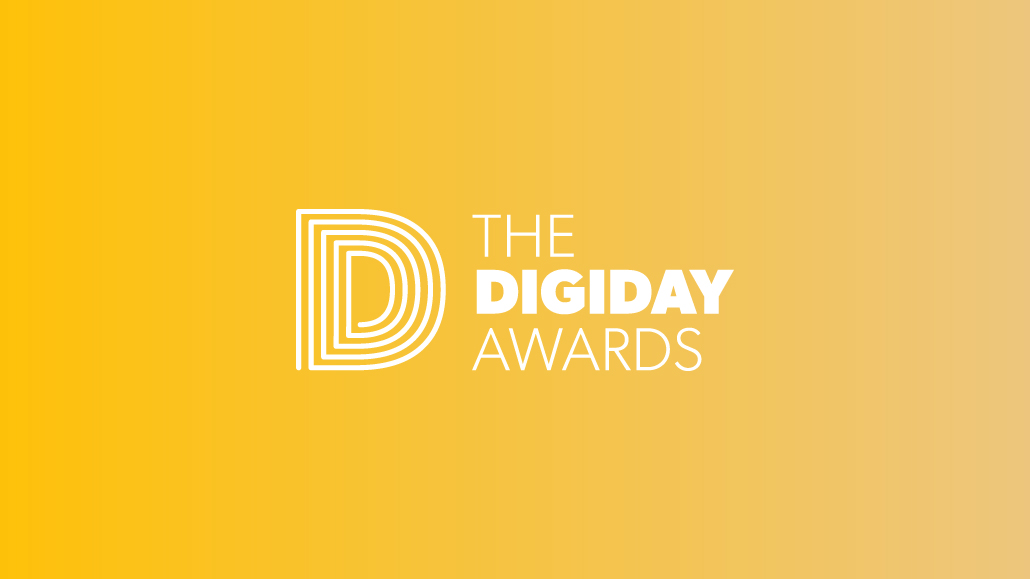 New audiences, inclusivity and reemergence from quarantine became the backbeat of this year’s Digiday Awards shortlist

In what is still a time of uncertainty, with some parts of the world navigating a great reopening and other parts grappling with COVID-19 variants and limited vaccine access (or adoption), the nature of consumer behavior is constantly changing. However, digital media and marketing persist, and the nature of the ecosystems in which they work is now a part of the everyday fabric of the job. As always, the creative teams that drive campaigns for publishers and advertisers adapt.

The latest installment of the Digiday Awards acknowledges the evolution of an industry, one that has not only transformed because of the pandemic and quarantines but one that has shifted in other profound ways as well. The sweeping calls for advocacy and inclusion have also shaped what the Digiday Awards judges have before them, in October 2021, as does an ongoing industry-wide shift to represent — and reach — younger demographics in the developing spaces they work and play (specifically, mobile and online games).

Finalists found their gamers in 2021 campaigns

Take, for example, Excedrin, a double Digiday Awards finalist for Best Multi-Platform campaign and Best Strategy Pivot. Working with Weber Shandwick, the pain reliever’s program in 2021—  “Game Over for Headaches” — broke through to a new audience by leveraging influential streamers in the gaming space. Excedrin partnered with Twitch to create original content that spoke authentically to gamers. The outcome for the campaign was heightened earned coverage and positive consumer attention, and ultimately “Game Over” became the start of meaningful business results.

To be sure, Mtn Dew is no stranger to gamers, with its “Game Fuel” slogan securely a part of console culture. As the PepsiCo brand worked with OMD, the media agency fused the caffeinated beverage with game influencer messaging that foregrounded authenticity and premium content. John Cena, professional wrestler and actor, helmed the launch of Mtn Dew Major Melon, the brand’s first new flavor in more than a decade, driving interest in the runup to the 2021 Super Bowl and highlighting in-game sweepstakes across every major social media channel. The campaign drove significant sales in Q1 and garnered OMD triple-finalist status in the Digiday Awards — Best Use of Influencer Marketing, Best Product Launch Campaign and Most Innovative Media Agency.

From deodorants to swimwear, from soft drinks to cinema, advertisers, media companies and their partners continued to push for expanded representation in their 2021 campaigns.

Degree showcased inclusive design that made its deodorant product accessible to people with different upper-limb abilities and differently sighted individuals. Their campaign told truthful and courageous stories and highlighted how other brands and companies could successfully implement similar changes to their product designs. The ‘Degree Inclusive’ campaign is shortlisted for Best Product Launch Campaign.

Amazon Studios connected with Imprint Projects and put voter suppression in the spotlight in 2021. ‘All In for Voting’ included documentary films, an experiential roadshow, and a multi-platform awareness campaign. It touched down at 55 brand-hosted voter registration events and 21 outdoor film screenings in disenfranchised communities. The effort earned Amazon and Imprint a spot among the finalists for Best Multi-Platform campaign.

Body inclusivity and alternatives to hyper-sexualized swimwear were the driving themes behind Summersalt’s ‘Every Body is a Summersalt Body’ campaign. Featuring two dozen accomplished women, the messaging showcased a spectrum of sizes, different sizes, backgrounds, ethnicities, ages, and sexualities to demonstrate that every single body belongs in a suit of its choosing. Summersalt is shortlisted for best Branding Campaign B2C in the Digiday Awards.

Finally, The Coca-Cola Company activated its Sprite brand to make a statement supporting social justice and Black Lives Matter. Partnering with Havas Atlanta, Moxi, and industry influencers, the program gave $50,000 to influencers to give to the causes of their choice. The brand also hosted a series of virtual performances by artists called “Sprite Way” — the shows also gave back, donating funds to independent performance venues via Save Our Stages. The campaign stands among finalists for Best Strategy Pivot.

As cities and travel reopened, campaigns centralized support and safety

With storefront businesses deeply impacted during quarantines, as HBO Max brought on-site film productions back online, they did so with an eye on helping local vendors benefit from having their locales featured on audiences’ screens. Dropping giant purple pins with QR codes near the stores filmed on and around locations for its film “In the Heights,” customers could scan the codes and redeem rewards from the local businesses. Complete with a micro-site to help people find the pins, the campaign wrapped with a spot on the Digiday Awards shortlist for Best Multi-Platform Campaign.

Expedia knows travel, and as the world cautiously returns to the roads, the air and destinations, the full-service travel site provided inspiration and tips to give travelers confidence in their plans. They also replicated superstar Joe Jonas’s hand and distributed 500 of the exact replicas for those who might need a little actual hand-holding on their first trip after quarantine. The campaign, in turn, handed Expedia a finalist spot for Best PR Campaign.

Check out the full shortlist below as we wait for the judges’ decisions on all the Digiday Awards finalists.

Most Innovative Publisher
The Dodo
BDG
WAVE.tv
Dotdash
In The Know
Courageous Studios