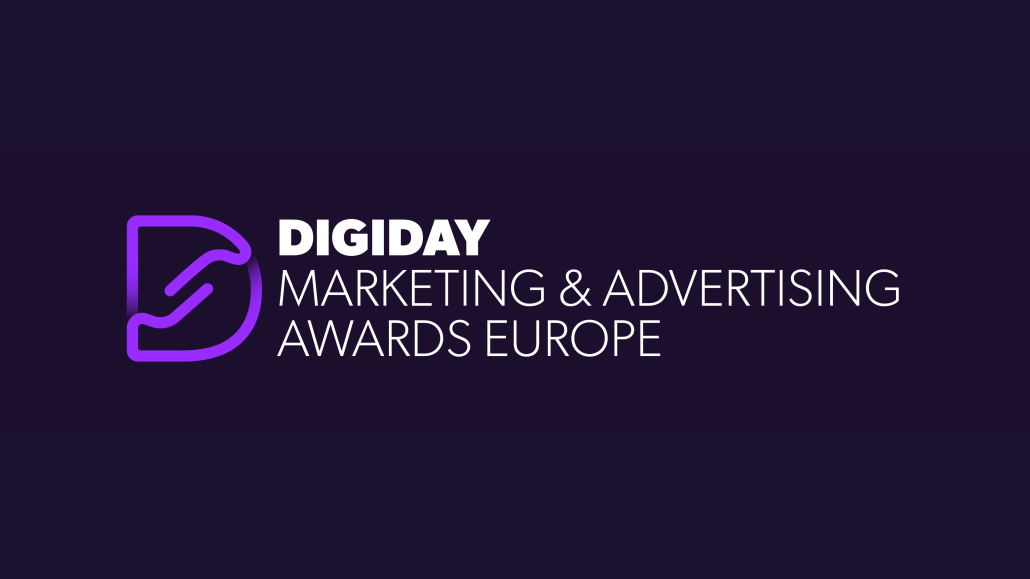 The list of winners of the 2022 Digiday Marketing and Advertising Awards Europe highlights how companies are leaning on social media and data-based content strategies to drive brand engagement. Sustainability and other meaningful practices remain top priorities for consumers and companies, with many of this year’s entrants and subsequent winners striving to show their commitment to overall betterment.

McDonald’s and Spotify earned a win for Best Use of Data, the category with the highest number of entries, for its campaign driving awareness of McAuto locations — the restaurant’s drive-thru service — throughout Spain. Recognizing that road trips and music go hand-in-hand, the campaign took users on a personalized musical journey enhanced by location data. Spotify data was used to target listeners who were either in their cars or were categorized as car owners and were, therefore, more likely to visit a McAuto location. The ads prompted listeners to visit an interactive microsite, which served up suggested routes to their intended destinations while highlighting McAuto stops along the way. Users also received a personalized Spotify playlist that lasted the duration of the trip. The campaign delivered more than 9 million impressions with a total reach of more than 1.4 million.

For Best Use of Social, digital marketing agency Moburst and Redefine Meat were recognized for the brand’s European launch. The company, which creates plant-based meat with proprietary 3D printing technology, partnered with Moburst to generate brand awareness and collect leads with a wide range of ads and organic content. The campaign included a hyper-targeted lead-generation campaign targeting restaurant owners who would benefit from serving Redefine Meat’s products in their restaurants. Moburst and Redefine Meat also launched a new TikTok channel, which garnered 16 million video views in 60 days, and increased engagements and impressions on Facebook, Instagram and LinkedIn. Redefine Meat’s New-Meat appeared on the menu at 150 restaurants in the first quarter in four new markets.

In the new Best Emerging Tech Campaign category, MG OMD, TBWA and Nissan claimed the award for their metaverse experience. To launch its new electric vehicle, the Ariya, Nissan partnered with MG OMD, TBWA, Warm Storm, Quantum Universe and Meta to develop a fully immersive metaverse WebXR car launch experience across VR headset, mobile and desktop. As part of the campaign, five emerging artists were challenged to create artwork showcasing the Ariya as a “ray of hope” in different cities around the United Kingdom. The works were recreated in VR within the Nissan Ariya metaspace as a 3D art gallery, then promoted across Facebook and Instagram. The campaign aimed to cement the electric SUV as Nissan’s halo model and differentiate the brand with innovative tech, Japanese-inspired design and electrification. The Meta campaign reached 24 million unique users across the U.K. Additionally, a YouGov study showed that those exposed to the campaign were more than twice as likely to see the Ariya as Nissan’s flagship model. During the campaign, there were more than 7,400 dealer inquiries and 2,200 customer sales.

Agency of the Year

Best Use of Audio

Best Use of Data

Best Use of Technology

Brand of the Year