The third wave of data management platforms is upon us 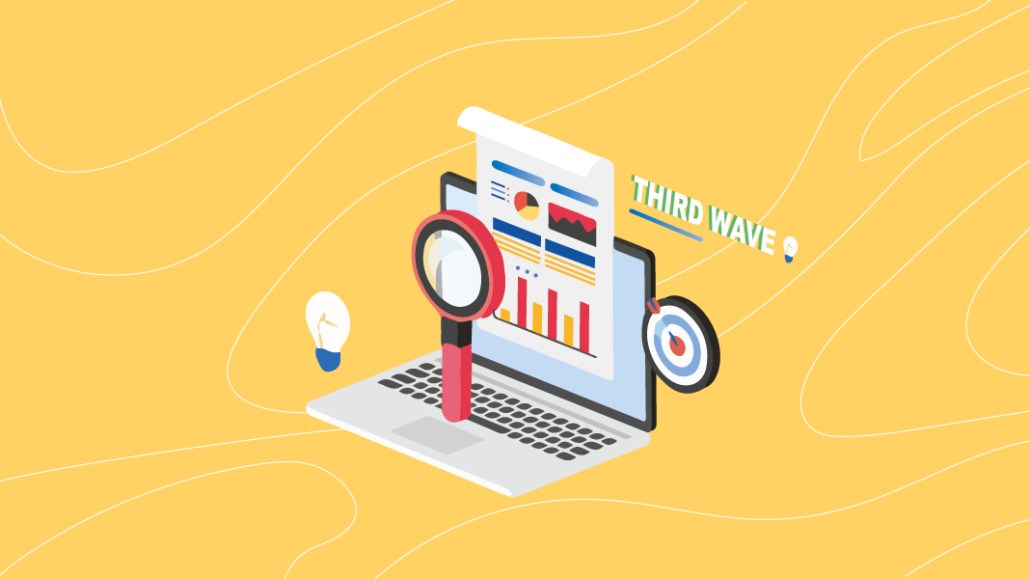 Coffee is deeply ingrained in our culture, both at home and at work. An office isn’t truly an office without a coffee machine, and some companies even employ their own baristas. For city dwellers, the sheer number of coffee shops — and the variety of options available inside — is astonishing.

Coffee’s modern ubiquity stems from a long history of cultural developments. In a 2008 review, the late Los Angeles food critic Jonathan Gold wrote about how American coffee culture had entered its third wave. The first stage was mass acceptance — Folgers in every home. The second was the proliferation of chains like Peet’s and Starbucks. The third wave is defined by “coffee connoisseurship,” where beans are treated like artisanal ingredients and baristas are elevated to the level of chefs.

This third wave concept has parallels in the evolution of advertising technology. At the moment, data management platforms (DMPs) are transitioning into their very own third wave. With mass acceptance and proliferation complete, the third wave for DMPs will be defined by data connoisseurship and specialization, and will usher in an unprecedented level of intelligence and sophistication around data. For advertisers, that means a new age of audience creation, exploration and activation.

The first and second DMP waves

The first wave of the DMP was adoption. After BlueKai pioneered the the separation of data from ad delivery and commercialized third-party audiences, the DMP rapidly rose to the center of the programmatic ecosystem. All major brands started using these new audiences and the DMP quickly became a core ingredient in ad targeting.

The second wave was commoditization, spurred by an influx of new players entering the market. Companies like Demdex, Krux and others would join BlueKai and eventually be scooped up by marketing cloud giants like Adobe, Salesforce and Oracle. DMP access quickly became table stakes for digital advertising. The ability to combine different data silos into one audience and activate it across channels — a process that once felt like magic — became commonplace.

Ushering in the third DMP wave

In terms of quality, freshness is key for both coffee beans and data. First and second wave DMPs focused on scale, often sacrificing precision and freshness. Today, improved processing capabilities give marketers the best of both. With devices scored daily in and out of audiences, advertisers can weed out irrelevant and outdated devices and IDs. Combined with advanced modeling capabilities, marketers can now scale any audience without having to sacrifice precision.

In terms of variety, the third wave of coffee exposed consumers to different beans from around the world. Similarly, DMPs now offer marketers a variety of audiences never seen before. The first two waves of DMP development offered broad views of audiences, such as demographics, in-market auto buyers or coffee enthusiasts. The proliferation of mobile and hyper-specific behavioral data means that third wave DMPs can create nuanced and imaginative audiences marketers could previously only dream of.

Finally, there is technique. Late 19th century Folgers drinkers would likely be confounded by a modern coffee maker. Similarly, marketers who haven’t changed how they work with a DMP since the early days might be wary of audiences derived through machine learning and AI-driven techniques. By combining standard DMP capabilities of yesterday with the latest in machine learning and AI, DMPs can now automatically create a wide variety of performant and accurate audiences, such as consumer segments derived by clustering devices based on similar actions.

Overall, it won’t hurt brands to remain planted in the second wave of DMPs — after all, there are plenty of people who have never sipped a pour-over coffee and live happy lives. But riding the third wave will give brands an industry advantage. Technology progresses quickly, and what was once unheard of quickly becomes commoditized. As data science becomes democratized, marketers need to do what’s best for their business and take advantage of the latest advancements.

https://digiday.com/?p=304638
Most Read
Trending in
Explore More from Digiday Media