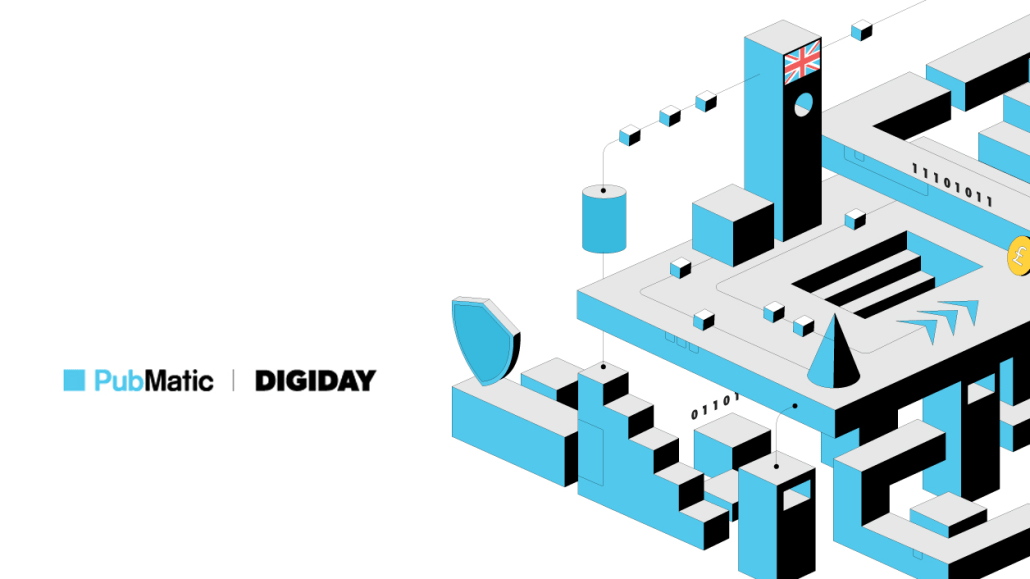 With more buyers transacting via programmatic, brands and their agencies are examining their own programmatic supply paths. This has allowed them to take control of not only where ad spend is going, for brand safety reasons, but also how it’s bought, for efficiency and cost effectiveness. This process is known as supply path optimization, or SPO.

In partnership with Digiday, we surveyed the UK and US buy-side audience, made up of advertisers, agencies and demand-side platforms (DSPs), to gain first-hand insight into buyers’ approach to SPO. Here’s a snapshot of what we’ve found.

From our research and conversations, it’s clear that brands and agencies are pushing for greater transparency. This is partly due to efficiency and wanting to have a greater understanding of how digital budgets are being spent, but it’s also about getting a better view of how money is flowing in the buying path to ensure brand safety.

Buyers have struggled to determine which supply-side platforms (SSPs) are bringing quality inventory through their pipes, and to make sure their bids aren’t being duplicated for the same impression. Many digital advertisers arrived at an unavoidable conclusion: Their supply chains were inefficient, overly complex and lacked transparency — and as a result, return on ad spend wasn’t what it should’ve been.

SPO is driving consolidation of supply partners, and should ultimately result in buyers identifying where their true value lies, as well as how they should structure their ad spend. But optimizing these routes to publisher inventory requires thorough evaluation and testing.

Evaluation versus implementation
SPO requires careful evaluation of SSP partners, and there are several ways to go about it. For UK buyers, nearly two-thirds of buyers say that ‘choosing the most effective SSP path to publishers and buying primarily through that path’ describes their approach to SPO. (In this context, ‘effective’ refers to providing the most direct route to the inventory.) Meanwhile, over a third are consolidating the number of SSPs they work with, and on the more advanced end of SPO, seven percent are employing algorithms (beyond standard bidders) to choose the most effective SSP path to publishers.

SPO doesn’t require buyers to immediately start cutting down supply partners, especially before they consider the most effective path to purchase inventory, as our research shows many buyers are currently doing.

Buyers are reducing fraud from SPO efforts
The top two SPO objectives for UK buyers are brand safety/reducing the risk of fraud (51 percent) and reducing overall supply chain fees by cutting down on intermediaries (38 percent). Half of UK buyers report that SPO is already fulfilling its purpose on the safety front. They’re also seeing improved KPIs as a result of optimization.

Amongst our US respondents, while less than a third of respondents cited reducing fraud or brand safety exposures as a top goal, 56 percent identified this as a primary benefit they’ve received from SPO. Improved KPIs ranked second, with 46 percent citing this as a top benefit.

David Kohl, president and CEO of the premium marketplace TRUSTX, explains that some SPO practitioners desire robust PMP capabilities because private marketplaces afford buyers greater control over where digital ads wind up, and can therefore help them protect against fraud and brand safety issues.

“With the large exchanges, you’d sometimes see buyers using PMPs to help reduce fraud and brand safety risks,” he says. “Now we’re starting to see advertisers and agencies set up deal IDs specifically to add a level of control over how their DSPs buy through cost-efficient supply paths. It’s clear that brands want to maximize their working media buying power with or without sophisticated SPO technology.”

To give buyers confidence — and build trust that the programmatic pipes are clean, low-risk and provide the most relevant inventory —  it’s now more important than ever that SSPs do everything they can to ensure they have the highest inventory quality possible. But quality must also be coupled with transparency into spend; this will put SSPs in the best position to partner with buyers on SPO.

The effect of SPO on publisher relationships
In the UK, 75 percent of buyers are concerned about losing access to certain publishers when implementing SPO. This is a smaller concern for US buyers (31 percent). Dave Castell, general manager of inventory and partnerships for EMEA at The Trade Desk, says he is “hopeful that publishers will start to yield greater influence over what is defined as the ‘optimal’ path to their supply.” He says: “As brands, agencies and publishers become savvy about programmatic, we’ll see a deeper examination of what is being delivered at what price – crucially looking at the value, not just the CPM.”

Cost and transparency concerns have driven more requests from the agency side, but there are reciprocation issues to watch out for further down the line for publishers. “There are a number of different views on SPO depending whether you’re buy-side or sell-side,” adds Geoff Smith, director, ad tech and innovation EMEA at eBay. “On the sell-side, rather than thinking about reducing partners to improve fraud or brand safety, we see SPO as more of a cost control exercise, to help buyers find the most cost-effective route to our inventory or to find ways to generate higher quality bids from DSPs by focusing on bid throttling.”

From a publisher perspective, Smith says it’s “interesting” to see the ambition for SPO coming from the buy-side, but adds that “it’s not something we’ve heard a great deal about from the buyers we’ve spoken to in the past 18 months.” He says: “So far it seems to be largely a one-way exercise for buyers to reduce complexity on their end, rather than in partnership with publishers.”

However, SPO benefits publishers too. Publishers in the market can proactively lean into SPO efforts to strengthen their relationships with buyers. Ultimately, SPO removes friction and complexity from the programmatic ecosystem, and will lead to increased spend and greater revenue opportunities for publishers. SPO delivers benefits that are good for the whole industry.

To get the full research, including exclusive interviews and four core steps to implementing SPO, you can download the US report here and the UK research here.

https://digiday.com/?p=354569
Most Read
Trending in
Explore More from Digiday Media