The trading desk of the future: channel agnostic 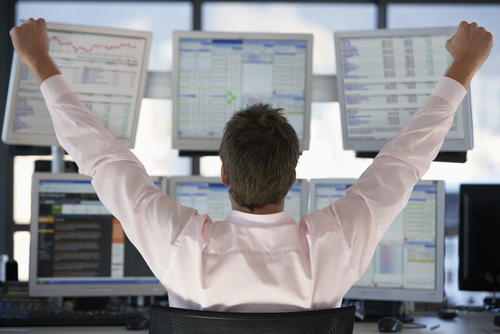 This post is part of the Digiday Partner Program and is brought you by Aggregate Knowledge, a Neustar service.

Imagine a time when you set a media buy to reach a specific audience (say, balding men who have beards), when an automated trading desk completes the order to reach that audience no matter the medium.

That day is not far off, according to many in the ad tech world.

For most of their existence, digital ad serving platforms and their corresponding trading desks have been viewed through the single lens of efficiency; they provide a large audience at a low price. But in the not too distant future, these platforms will serve not only the biggest audience at the lowest cost, but the best audience for a particular product. And they’ll do it across several different platforms.

If ad serving 1.0 was about creating the systems and 2.0 was about scale, 3.0 will be about expanding into other media, says Kurt Unkel, global president of Audience on Demand at VivaKi. “It’s about aggregating the audience and reaching them in real time, as opposed to just finding where the audiences [congregate],” says Unkel.

With consumers toggling more quickly between devices and platforms (for example, jumping from a tablet to a PC to a smartphone to an Internet-connected television) and leaving a bigger digital footprint, media providers are getting much better at tracking their audiences. Having all of that information available on a single marketing platform is the industry’s Holy Grail, Unkel says. “The goal for us is to be agnostic to channel,” he says. “That’s our Nirvana.”

With “programmatic buying” as the buzz phrase among ad serving platforms, finding the audience across different media is the final piece of the puzzle, says Joe Germscheid, director of engagement at Minneapolis agency Carmichael Lynch. While many aspects of media trading desks have become more automated, they have not yet been able to work seamlessly across different media platforms, meaning there’s still a human element involved.

“Right now, we talk about cross platform [marketing], and the reason we do that is because we don’t have anything that does it automatically. We still have to do it manually,” he says.

But the time is near when finding audiences across online channels will become automated and trading desks and ad servers will be able to follow consumers across every channel and device that they use. When that time comes, the true value of data will be realized.

“[Data management platforms] have gotten very good at picking up signals and very good at campaign metrics,” says James Green, former CEO of ad serving company Sabela Media (and is currently CEO of search retargeting company Magnetic). “The value is in being able to learn the audience data and to use it again and again to make sure your clients are getting the best results.” With new insights and information gleaned across a variety of media, the desks can be programmed to buy an audience based not only on who they are, but also on what they’re consuming at any given moment.”

It will become much easier to determine which media is best to reach a given audience at a particular time. Adds Green, “You no longer have to tell a story about why you need to be buying [a certain media],” he says. “The data will [back you up].”

The upshot is the trading desk of the future — fueled by new technologies and better data — will not only be a more efficient way to buy media, it will be a more intelligent as well. Having better visibility into that data will enable the agencies and advertisers of the future.

Germscheid adds, “The majority [of marketers considering] programmatic tend to think ‘cheap first’ when they should be thinking about ‘smart,’ then cheap.”

https://digiday.com/?p=56921
Most Read
Trending in
Explore More from Digiday Media