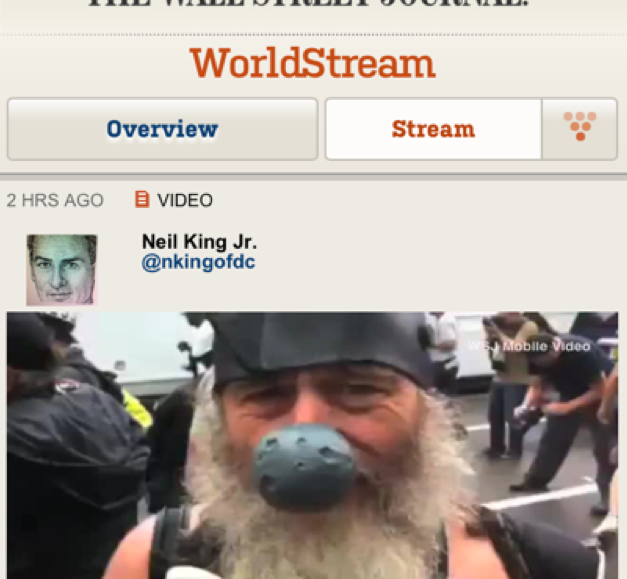 In a media world that trades short bursts of information as currency, it comes as no surprise that video will go this route. What is surprising The Wall Street Journal is leading the charge.

WSJ WorldStream has hooked up with video startup Tout for quick-and-dirty video hub where WSJ reporters upload videos directly from their smartphones. Neil King, Jr talks with Vermin Supreme, a presidential candidate; Utah Senator Orin Hatch speaks with Mark Scheffler about Paul Ryan. The company has been betting big on video over the last several months and now appears to be marrying mobile to video. The News Corp. company has been experimenting with all sorts of streams recently and by planting its flag in the video-stream ground the newspaper is doing something most publishers don’t do: show, not tell.

Mobile and video are two huge question marks publishers worry about on the business side. On the desktop version of WSJ WorldStream there’s a big box ad. The mobile version is divided into two functions: overview and stream. There’s no ad in the stream, but there is a banner ad in the overview. Neither has the kind of pre-roll spots advertisers love.