A 3D printed elephant that is also a petition 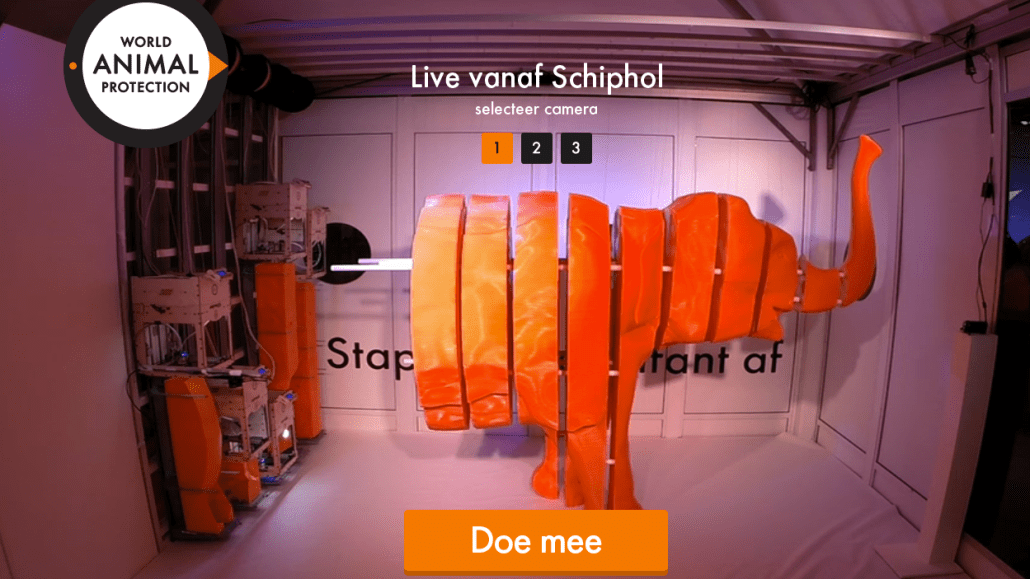 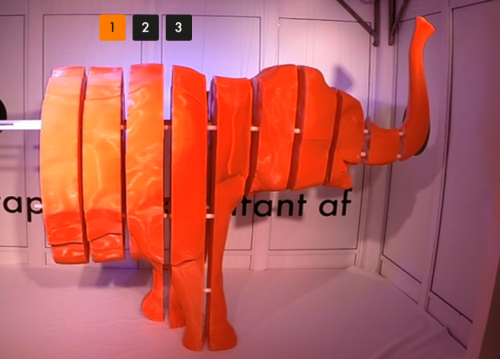 World Animal Protection, an organization that seeks to end the suffering of animals, found a creative way to ask people to stop supporting elephant tourism. They turned a run-of-the-mill petition into a tangible thing, a life-sized 3D printed elephant, for a campaign coinciding with World Elephant Day.

For every signature obtained via the campaign website (warning, Dutch), more printing material is added to the elephant.

“Every night, we collect all the names of the signers and implement them in the design of the elephant columns we will print the next day,” explained Daniel Samama, an art director at FHV BBDO Amsterdam where the campaign was devised.

The printer itself is housed inside a busy area of Schiphol Airport in Amsterdam, where Samama estimates it will be seen by about a million people by the time the project ends on Aug. 30. It kicked off Aug. 12, and to date, more than 25,000 people have signed.

“We needed 20k to finish the elephant, so we’re happy,” said Samama.

The elephant can be called a petition because each signer’s name is printed on the elephant’s “skin,” written in a special typeface called, you guessed it, Elefont. When it’s finished, WAP hopes to use the elephant to help convince Dutch elephant-ride operators, of which only a few remain thanks in part to their work, to quit the practice altogether.

Elephant tourism includes elephant rides and circuses primarily, the former being very popular in Nepal, India and Thailand. Around 25,000 elephants are in captivity globally, many captured illegally. WAP is hoping the added awareness will help reduce demand for elephant tourism, which can be very cruel to the animals.

The agency used a printer called Ultimaker, modifying it to accommodate the scale of an elephant, said Samama. In total, it comprises 57 columns, each 21 centimeters squared. A modification was needed to achieve “unlimited z-axis”, said Samama, a feat that was accomplished by FHV BBDO’s 3D technical partner Joris van Tubergen. Apparently, it’s the first of its kind.

The petition website is all in Dutch, but you can watch a live-stream of the elephant being made from three different angles. Of course, you can donate to WAP if the matter strikes a chord.