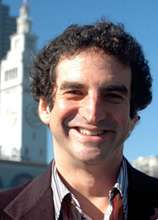 In the case of digital advertising, and specifically programmatic buying, one can deploy intelligent algorithms to score and select the best impressions, based on measurable metrics, from a liquid supply of tens of billions of daily advertising inventory. These metrics, such as effective CPA, effective CPM, aided/unaided awareness, or intent to buy, are continuously calculated and recalibrated, and enable intelligent-agent systems to learn what impressions to include in a campaign. Said in a different way, advertising campaigns get better and better.

This technology stems from fundamental research performed by labs across the country, such as the NASA artificial intelligence lab I co-managed in the ’90s. We used intelligent algorithms to discover astronomical observations from radio telescopes, to plan the incredibly complex maintenance operations of the Space Shuttle, to schedule the intricate observations of the Hubble Space Telescope, and to optimize monitoring and control systems at Mission Control. In each deployment, processes that were driven by armies of people stuck doing manual tasks were replaced by systems that made optimal decisions that freed the humans to be more strategic. Their jobs get better.

A programmatic buying solution with a technology foundation that effectively utilizes AI frees its people to do less mundane tasks and be more strategic for their agencies and brands. From the agency perspective, why would a media buyer buy a campaign from a network whose campaigns are derived by people starved for data and unable to compete with systems that continuously monitor and improve? From the advertiser perspective, why wait weeks or months to make decisions about media allocation or spending across channels when those decisions can be made continuously and adaptively on the fly? Long live the AI-powered DSP.

The most important point about artificial intelligence learning algorithms is that they
are applicable across problems. What changes is the data they operate on. So while
there is no über-model of media buying, artificial intelligence enables the use of similar
learning algorithms over different data sets and models. As such, it is possible to optimize display, mobile and video campaigns by using the metrics that are germane to that media.

Monte Zweben is a computer scientist who serves on the board of directors of Rocket Fuel, a marketing technology firm, and was the deputy branch chief of the artificial intelligence branch of the NASA Ames Research Center. Follow him on Twitter at @mzweben.