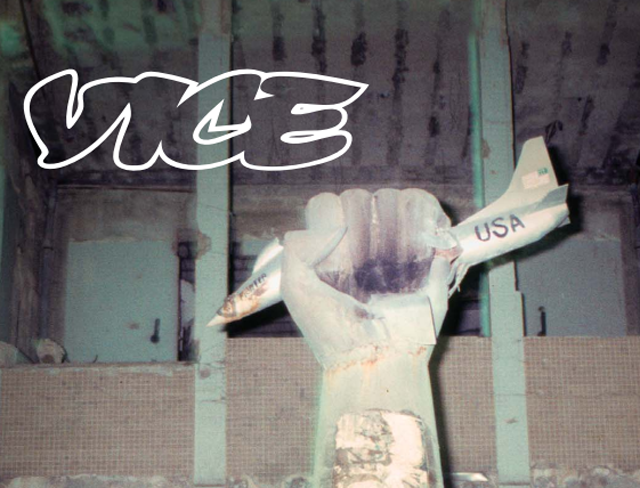 As unlikely as it sounds, the future of publishing could be written, in part, inside a converted warehouse in Williamsburg, Brooklyn, the unofficial capital of Hipster USA. That’s where Vice Media is trying to strike the balance of maintaining its indie publishing cred while operating as a marketing arm for the world’s biggest brands.

Vice began as “Voice of Montreal,” a magazine funded by the Canadian government. In 1994, Shane Smith, Suroosh Alvi and Gavin McInnes bought the publication and built up its reputation as the home of gonzo-style reporting at a time of watered-down journalism in the age of corporate media. The publication has drawn kudos (and ire) for its risque, in-your-face reporting, like the recent stories (and coming documentary) of a reporter embedded with John McAfee, the anti-virus exec who ran “through the jungles of Central America after he was named ‘a person of interest’ in a strange, tragic and very public murder investigation in Belize.”

But Vice might be most interesting for its business model at a time when the future of publishing is far from certain. Founded in Montreal as a magazine, Vice has grown well beyond that. Sure, it has a pub in London and a record label, but in the digital world, it has developed a multipronged business strategy that allows it to play the dual role of publisher and agency, committed to the idea that content is king.

“The challenge was making ends meet for a magazine that comes out once a month, that has a lot of content and a website that’s daily and a ton of written content, and two hours of new video content every day,” said John Martin, publisher of Vice magazine. “So what do you do?”

One solution: Beef up your creative services team. Its in-house agency, Virtue, was created in 2006, well before “brands as publisher” joined the buzzword hall of fame. The team of 10 acts as a creative agency, helping brands create and distribute content. Brands that worked with Vice for original content include New Era, Absolut, The North Face and Burton.

The Creators Project, a collaboration between Vice and Intel, is an example of this. It’s a site dedicated to the arts and has become a global initiative of events, from concerts to art exhibits. The site each week profiles new artists. The content lives on the site with videos also distributed via YouTube. For example, this is a video about how the the world of 3D printing is opening up to the masses. It’s compelling content, although you’d be hard-pressed to say it will help Intel build its brand and sell more microchips.

Another client, Palladium, a French boot company, hired Virtue as its lead agency, charged with everything from print and Web design to events and media planning. Virtue also just inked a deal in December with hair-product company Garnier.

“The insight I had seven years ago is that inside every great brand is an idea and that idea used to be solely translated to commercials or print ads,” said Spencer Baim, who heads up Virtue. “We take that idea and turn that into content.”

The challenge for a publication like Vice is its size, a drop in the bucket compared to other media giants. According to ComScore, the Vice.com site has seen a steady uptick in traffic at 2.6 million uniques in November, up from 1 million in November 2011. To get around that, Vice created its own ad network, AdVice, which runs Vice campaigns on sites like The Awl and Thought Catalog. It has also spawned new sites, like music-focused Noisey.com, tech culture site Motherboard.tv (cultural happenings in tech) and mixed martial arts destination Fightland.com. These sites, and those in AdVice, all hit the 18-24-year-old demographic.

But for a media company like Vice, scale can’t be the end game. Instead it made two prescient bets. One is on brand content and the other is on video, the hottest area of online advertising — and one of the few where publishers or quality, original content can still command a premium. In fact, video generates the majority of the company’s revenue. Vice produces about 40 pieces of content per day on the flagship site, plus two hours of video each day. The company has about 60 established shows, and this is where Vice’s business savvy can be seen: On the publishing front, it can charge high CPMs for its video, and on the agency side, it can create custom content for brand partners that can cost a pretty penny.

The key to making all this work is a delicate balancing act. On the one hand, Vice goes after stories many journalists couldn’t, like a piece about a German prostitute that trains dogs to have sex with people. On the other hand, it’s working hand in glove with some of the world’s largest corporations. See, for example, it’s surprisingly strong stand against sponsored posts — from a company that owns an agency.

“I don’t feel it’s good for us or for the brands,” Martin said. “To me it says, that post is not good enough to have gone up without it. Or it says, that brand’s trying to buy their way into content and it’s a conceit the publisher is giving. I don’t see a reason not to match brands up with content you believe in, that your editorial believes in, that your production team believes in.”

Vice is clearly onto something. In 2011, WPP bought a minority stake in Vice sensing that Vice could help brands create content — and tap into the Golden Demographic. As a result of this investment, Vice has been able to spread its global wings even further. It bought fashion magazine i-D Magazine, creating a video-driven fashion vertical, further opening the door up to work with luxury brands. Is Vice a publisher that’s also got an agency business, or an agency business that’s also publisher? It might not really matter.

“The agency model is absolutely under fire from every direction, and if you look at most great publishers out there, including BuzzFeed, they’re very much an agency-solutions company cloaked in a media model,” McCarus said. “If I were a publisher right now, I’d be doing the same thing.”