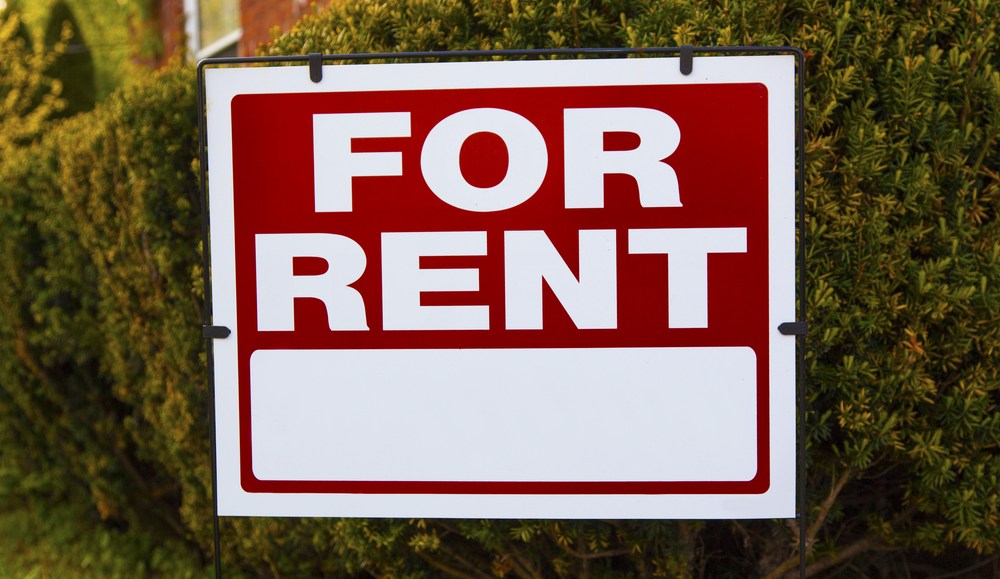 As the debate rages over the ethics of native advertising on both sides of the Atlantic, regulators in the U.K. have added more fuel to the fire.

A ruling by the U.K.’s Advertising Standards Authority against Outbrain is forcing publishers and technology platforms to review the labeling of paid content recommendations on their sites. Anyone who has spent more than 10 minutes online has seen these widgets: paid content on publisher sites that tell readers they “might also like” one of several stories “from around the Web.”

In presenting this content to readers, publishers have a set of design and user-interface decisions to make — all of which can have an impact on whether a reader is inclined to click on a link (which publishers very much want them to do). The discussion over labeling and design often boils down to the following choice: how to use language subtle enough so as not to dissuade readers from clicking — without compromising the integrity of the publisher. Not as easy as it looks.

The Independent
The first — and most visible — decision a publisher has to make pertains to the language attached to these recommended posts: whether to use words like “promoted” or “sponsored” in the labeling as opposed to something more vague such as the aforementioned “you may also like” or “from around the Web.”  British news site the Independent, whose ad placement was the source of the original complaint to the ASA, has since reviewed the labeling of these ads, opting to change “you make also like these” to “promoted stories.”

A spokesperson for the Independent explained the decision to the Guardian: “We always make best efforts to clearly label any commercial areas of our website, and our labeling was in line with the best industry standards. From today we are happy to mark these links ‘promoted stories’, in accordance with the ASA’s new suggestion. The ASA’s ruling was against Outbrain, not the Independent.” 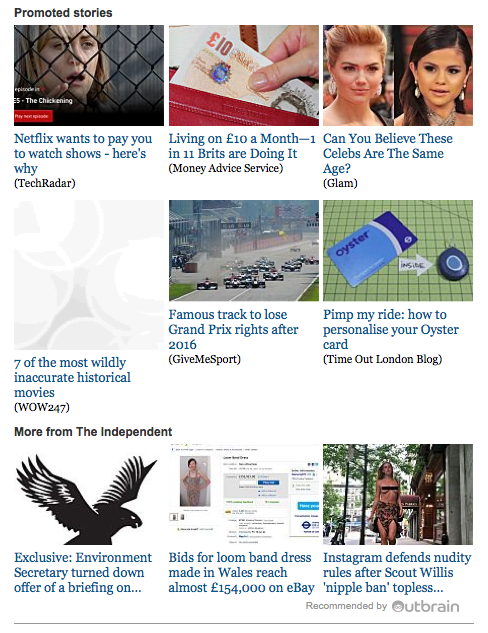 The risk in getting this wrong is that the readers could develop a blindness to these recommendation engines, just as they did with banners, which would choke off a welcome digital revenue stream for publishers.

Journalist and blog entrepreneur Andrew Sullivan told Digiday native advertising “will collapse when the readers figure it out,” and it looks as if decisions from the likes of the Independent and Outbrain to make labeling of their stories clearer by using words like “promoted” and “sponsored” show a desire to avoid this scenario.

Forbes.com
Another choice publishers are faced with is how to describe their relationships with the very platforms delivering these recommendations. “Sponsored post” is one option used, while “powered by” or “recommended by” is a more subtle way to describe the involvement of the technology platform, some of whom use cookies to determine the content shown to readers. A widespread standard has yet to emerge in this space.

Arguably the least-clear example of labeling of this kind comes from the contentAd widget on Forbes.com, which simply shows a question mark in a light shade of grey in the top right hand corner of the widget. Readers who click the question mark get a vaguely worded caveat about the origin of the content.

Men’s Health
Another thing publishers need to consider is whether to name the site providing the sponsored links. A headline might look enticing to a reader, but letting the reader know which site published the article in question might make them less inclined to click — especially if the site is less than reputable.

This example from Men’s Health demonstrates the sometimes-misleading nature of these content recommendations. The Zergnet widget on Men’s Health offers specific article headlines, yet doesn’t mention the name of the site hosting them. The unfortunate soul who clicks on one of the links is redirected to Zergnet.com as opposed to the article the he thought he was clicking on.

Clickhole
Finally, publishers reviewing their labeling policy might find a little inspiration from Clickhole.com, The Onion’s BuzzFeed parody site, which rather bluntly tells it like it is:

Update — a previous version of this article stated these publishers were UK based. These examples are in fact from a mix of UK and US publishers and the headline has now been amended.