How Tumblr’s making its case to brands 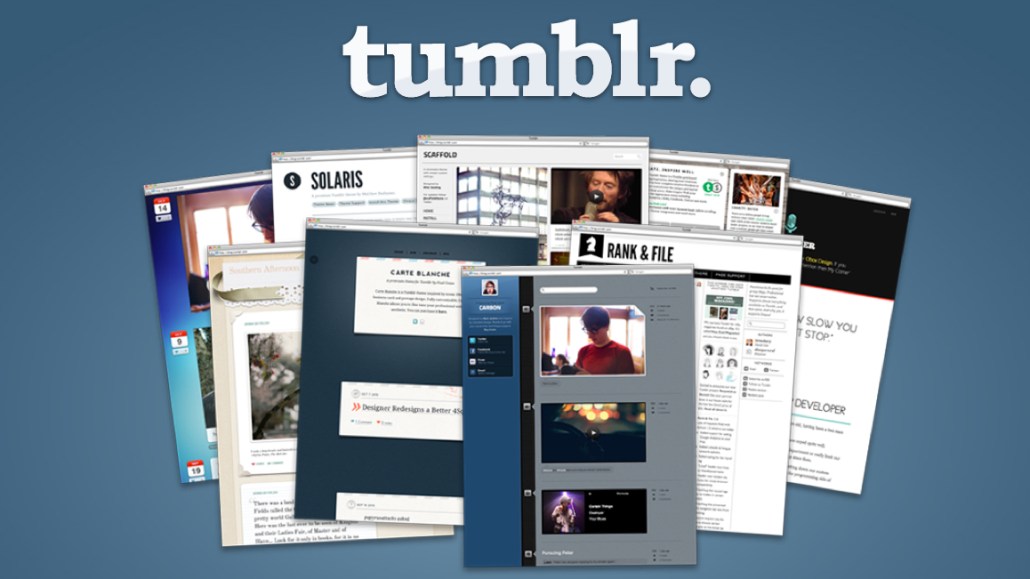 In the year since Yahoo coughed up $1 billion to buy Tumblr, there have plenty of detractors about the biggest acquisition Marissa Mayer has made in her tenure.

Tumblr wants to change that narrative by positioning itself as more a media channel than large social network. Whether that pitch will convince media buyers that Tumblr’s more than just a content repository and distribution worth paying for remains unclear.

Tumblr’s latest tack: A study that supports its claim that it’s the premier social platform when it comes to media consumption. What social media users most want from a platform is to be served interesting, entertaining media, according to the study, which was conducted for Tumblr in conjunction with market research firms Millward Brown and Added Value, both part of agency holding company WPP. The Tumblr study also concluded, shockingly, that no platform provides that experience better than Tumblr.

The study also suggests that media consumption has a tangible, positive effect on how Tumblr users view brands. Tumblr users who engage with — either by liking, following, clicking on or reblogging — user-generated Tumblr posts are 2.6 times more likely to take an off-site action related to the content of that post. When Tumblr users engaged with brand-produced posts, the lift was even higher (3.3 times).

Tumblr may be a great place to publish branded content, but brands and agencies have to date been uninterested in its ads. Indeed, Yahoo has yet to boast about Tumblr bringing in significant ad revenue. Yahoo CEO Marissa Mayer crowed about 65 of the largest U.S. advertisers being on Tumblr, but not spending on Tumblr.

“The ads themselves are native, large, beautiful – and now even in video form. But CPMs and minimums can be higher than Facebook and Twitter. And many of our clients need more than inferred geography and gender, targeting-wise,” Ben Winkler, chief digital officer at media agency OMD, said. “Our clients love to see their content there. The challenge is getting them to pay for it.”

Financial analysts have estimated that Tumblr’s revenue at the time of the acquisition, approximately $10 million to $15 million, hasn’t grown much since, as Fortune reported. Tumblr has been “inconsequential,” analysts said.

Still, agency executives report that Tumblr has been supplanting Facebook as the destination for brands’ most substantive, lasting creative work.

“Tumblr is really a place for users to share content around the things they love, it’s not about who they know,” as with Facebook and Instagram, Tumblr’s head of creative strategy David Hayes told Digiday. “That differentiates us from our competitors.”

“A year and a half ago, brands didn’t care much that we have no algorithms and we don’t charge them to access the followings they’ve built,” Hayes added. “We are seeing brands build their brands on Tumblr and there’s a great long-term strategic advantages to having their microsites there.”

Now, the trick is turning that into a media business. It’s not like Tumblr is new — the platform is now seven years old — and still media buyers complain about rudimentary targeting tools and expensive ad prices. And its pitch — that Tumblr is the premier platform for content marketing dollars — has been in the market for the past year.

Hayes acknowledged that uptake has been slow, but that the new study was likely to reverse perceptions, especially for its promoted posts product.

“As with any new platform rolling out new ad products, there’s always a period to evolving it toward what the agencies want, and that’s what a lot of last year was. Now you’re seeing us iterate that product,” Hayes said. “This study only bolsters our ability to change some of those opinions.”